All the Alter Egos of Marvel’s Moon Knight Explained 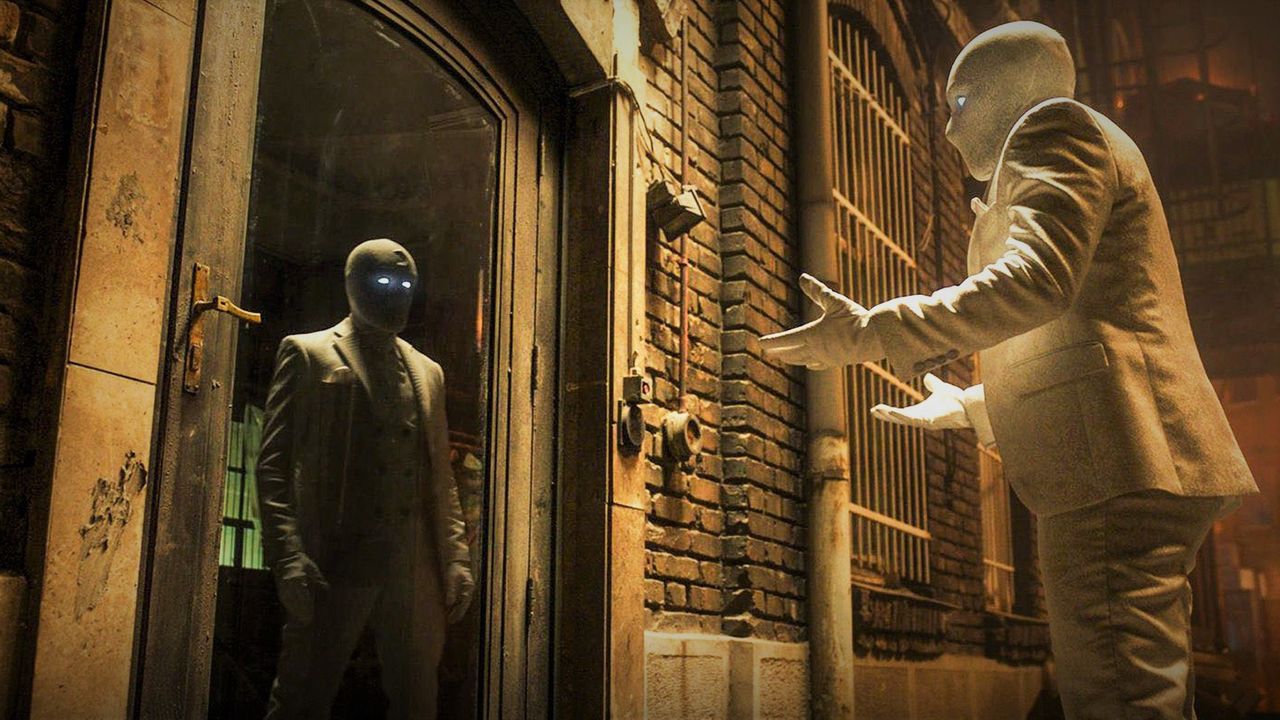 "Let's set some ground rules. I'm not the Spider-Man. I'm also not the Punisher. They are at opposite extremes of the same costumed spectrum. I am Moon Knight. And you all know what that means. No one in this room, even myself, knows precisely what I am capable of. I beat the Avengers. Imagine what I could do to any of you." This is a famous quote from Moon Knight from the comics. But Moon Knight is not only about going hard on his adversaries but also about how he deals with his different personalities.

In one of the trailers of Disney+ Moon Knight Series, the character talks between two of its personalities - Marc Spector and Steven Grant. Both of them are so extremely different from each other that sometimes even Steven is scared of Marc.

So, before you watch the next series from Marvel Studios, let's visit all the Moon Knight personalities one by one that will or could appear in the upcoming Disney+ series.

Moon Knight's true identity is Marc Spector. Marc Spector was a mercenary who was left for dead in the desert before being resurrected by the Moon deity Khonshu. Moon Knight, appointed as Khonshu's fist and high priest, enacts justice to safeguard people who travel at night.

Marc Spector was born in Chicago, Illinois, the son of a rabbi who had escaped Nazi persecution as a child after Hitler occupied Czechoslovakia. Marc grew on the city's poor side, where his father Elias Spector faced discrimination; Marc couldn't understand why his father would never fight back against oppression. He was raised alongside his younger brother Randall. His father would walk his children to school every day, but because he was a Rabbi, Randall was bullied, but Marc was there to defend him. 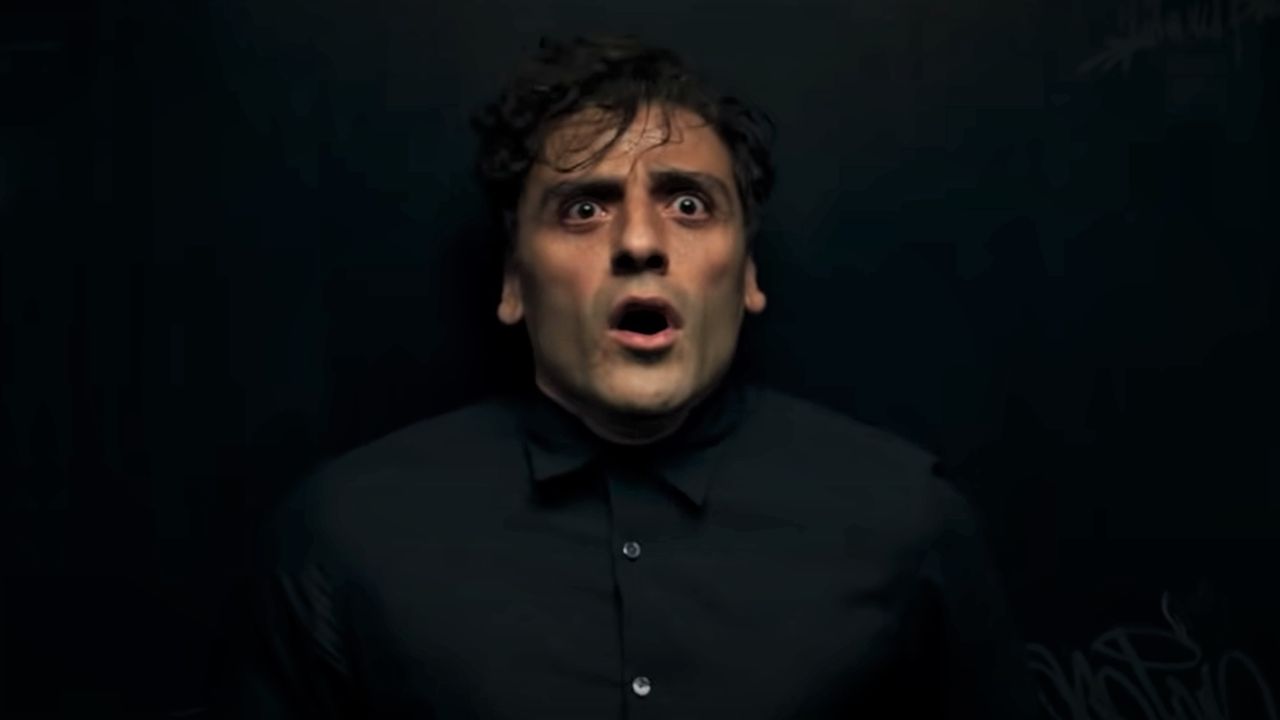 Marvel Studios has confirmed that Steven will be the primary character in the Moon Knight series played by Oscar Isaac. Steven Grant is a mild-mannered gift-shop employee who suffers from blackouts and flashbacks to another life. Steven realizes that he suffers from dissociative identity disorder and shares a body with mercenary Marc Spector.

During his childhood, Marc learned that his family friend Rabbi Yitz Perlman was a Nazi deserter and a serial killer of Jews known as Ernst. Marc's fighting instincts kicked up for the first time when he fought off Perlman to escape his hold. Perlman then vanished without a trace. Marc developed a dissociative identity disorder as a result of this horrific event, Marc created his first alter, Steven Grant. Marc was approached for the first time by the Egyptian deity Khonshu, who claimed to be Marc's true progenitor, shortly before his father decided to enroll him at the Putnam Psychiatric Hospital. 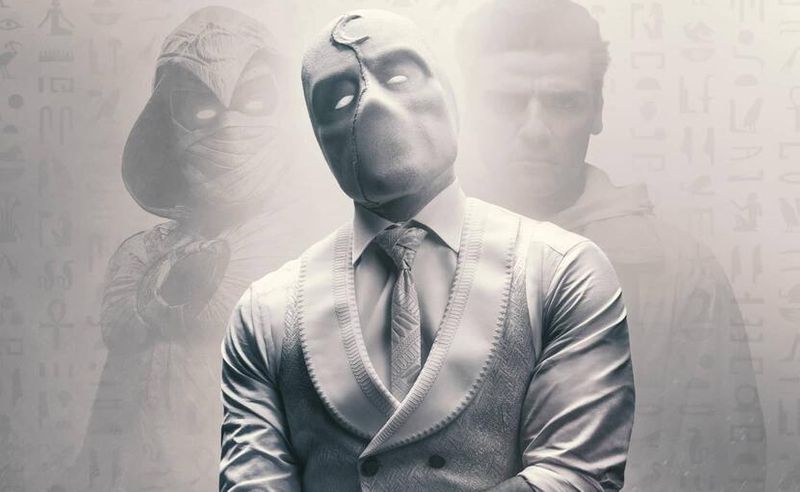 The suited consultant Mr. Knight has been confirmed to appear in the Disney+ Series. Mr. Knight is the only identity of Marc Spector, who wears the mask even without the superhero suit.

When Marc Spector comes to New York, his identity and past are public knowledge, and he frequently utilizes two variants of the Moon Knight identity. When fighting with high-tech weapons, he wears modern Moon Knight body armor and occasionally employs Khonshu shamanic tools such as an enchanted skull helmet. When dealing with crime scenes and openly cooperating with law enforcement, Spector wears only his mask and a white business suit, referring to himself as Mr. Knight.

As a teenager and in addition to Steven Grant, Marc exhibits another alter, Jake Lockley. Marc's parents send him to Putnam Psychiatric Hospital once this third alter emerges. Marc escapes after being released to attend his father's funeral and enters the United States Marine Corps, where he becomes a fearsome fighter and skilled heavy-weight boxer. After three years in Force Recon, the Marines learn Marc lied on his papers and believe that his history of mental illness renders him "unfit for duty." 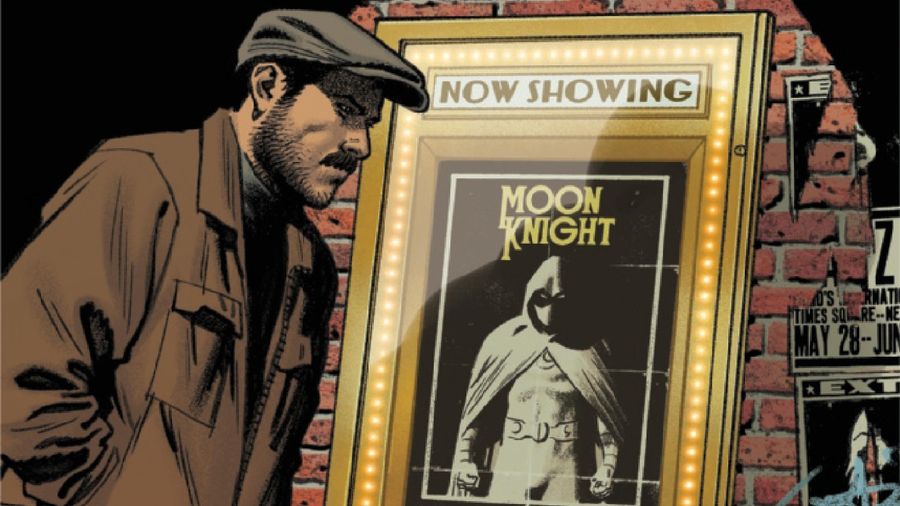 Marc disguises himself as Jake Lockley to learn from street criminals and citizens alike. Lockley quickly makes friends with Gena Landers, the diner's manager, and her sons Ray and Rick. Ray, a pilot, eventually becomes Moon Knight's ally, flying the Moon Copter when Frenchie is absent.

Marc Spector's various identities are supposed to be the result of "brain damage," or modifications to his brain caused by the alien entity Khonshu that connects their minds. These changes also cause Moon Knight's personality to adapt to reflect one of the moon god's four distinct roles and aspects. These four roles are defined as "pathfinder," "embracer," "defender," and "watcher of overnight travelers." These four roles can emerge in a variety of ways, including using original identities or stealing names and personality qualities from others Marc has observed (such as when he briefly acted as if he were Spider-Man, Wolverine, and Captain America).

Apart from all these identities, Khonshu could also be another identity of Marc Spector. When Khonshu appears, it may not always be the Egyptian god, but as an identity taken by Marc Spector due to the fear caused by Khonshu. The trailer has already confirmed that Khonshu will be a major part of the series.

‘Moon Knight’ will begin streaming on March 30 on Disney+.