The long and winding journey of Alchemist Edward Elric and his brother Alphonse comes to a close in this epic finale, where they must face off against an unworldly, nationwide threat 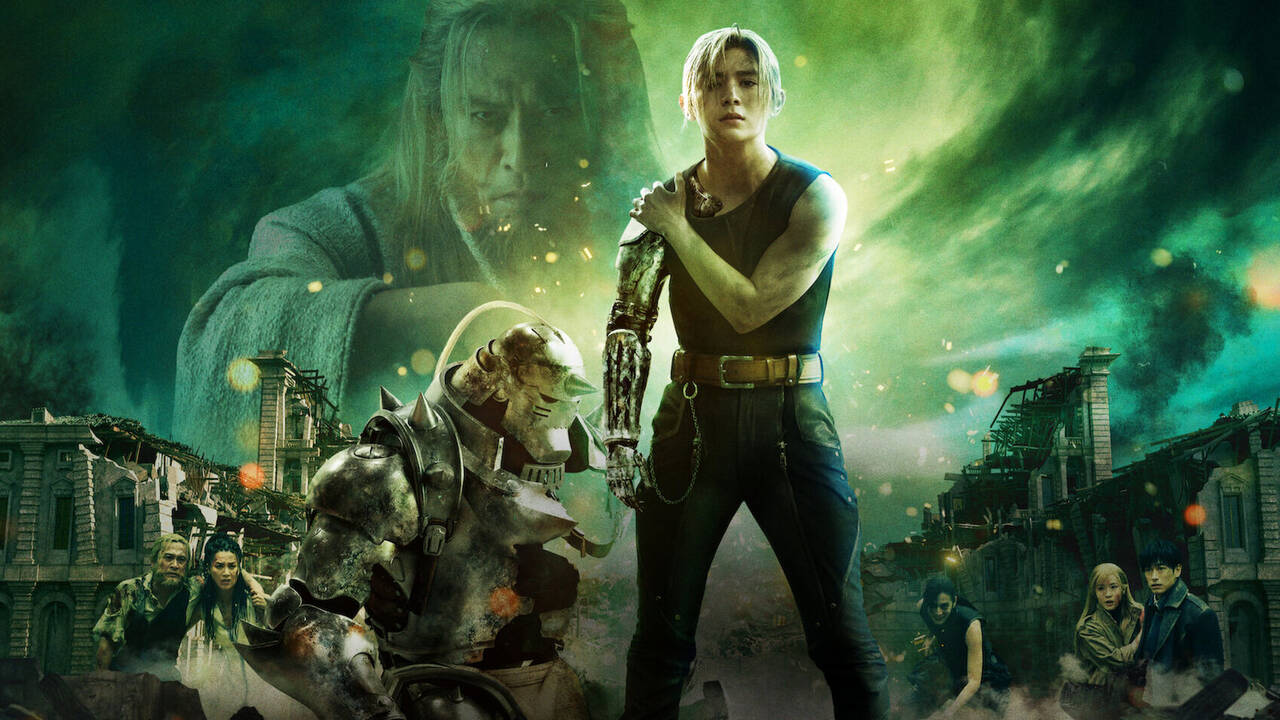 The Fullmetal Alchemist returns for a third and final outing, and it's as bad as the previous installments. In a perfect scenario, Edward/Ed (Ryôsuke Yamada) would have used the Philosopher's Stone in the first film to bring back his brother Alphonse/Al. Thus, saving us the trouble of sitting through an inane trilogy. But here we are talking about Fullmetal Alchemist: The Final Alchemy, and let's hope it stays true to its title (no one wants another sequel/prequel).

The third movie picks up where the second one left off. Ed, Ling (Keisuke Watanabe), and Envy (Kanata Hongô) find a way to escape from Gluttony's (Shinji Uchiyama) belly. The Father of Homunculi is preparing for the Promised Day, where sacrifices will be made. We learn about this Father and how he's connected to Ed and Al's father, Van Hohenheim (Seiyô Uchino). Scar (Mackenyu), who was the main antagonist in the previous movie, is now a friend. The main villain in The Final Alchemy resembles a black goo. If the filmmakers thought this black, slimy figure would come across as formidable, they were spectacularly wrong. One look at him is enough to make you chuckle. Things really became awkward when a face appeared on his body in the place where humans have genitalia. It will take more than magic to erase that sight from your mind.

The Fullmetal Alchemist movies have a lot of problems. One of them is the way they cut to flashbacks. The segue is so underemphasized that you don't even notice you are watching a flashback for a few minutes. The characters talk about something, and the movie interrupts them by going back in time. The transition is accompanied by an indistinguishable cut. You are under the impression that you are watching some other scene before realizing after a few moments that this is a flashback going on. Movies generally use a distinct transition technique like changing color or aspect ratio to signal the arrival of flashbacks, for a good reason. Here, it's all a disorientating mess.

Another issue with this trilogy is that it uses strong female characters as tokens. There is Winry (Tsubasa Honda) who repairs and builds Ed's right arm. Major General Armstrong (Chiaki Kuriyama) leads Briggs soldiers, and a woman from the Yao clan competes for the emperor's throne. For all their strengths, the movie reduces them to mere window-dressing objects. None of them are provided with strong personalities. They are as soulless as the CGI.

The whole Fullmetal Alchemist collection suffers majorly because of weak writing. Most of the dialogues are expositions. It also has a quality I would like to call "sure, why not?" This develops when you give up on the film and accept whatever it's throwing at you with indifference. For instance, in The Final Alchemy, characters tend to pop out at the last moment to save someone, or a major development occurs through a line of dialogue. When Armstrong is about to be crushed by a big oaf, her brother, Alex (Kôji Yamamoto), appears out of nowhere to rescue her. Similarly, in another scene, a teacher named Izumi (Haruhi Ryôga) materializes to help Alex and his sister. The Final Alchemy is terrible at geography and doesn't clearly tell us where an off-screen or side character is/was in the story before the ongoing scene. This gives the screenplay the chance to place them anywhere as per convenience.

As the movie reaches its end, bizarre developments happen, which don't make much sense because the rules of this world are not very clear. A man states that he spoke with the souls inside him, and they are now on his side. How did he do that? Later, the same man reveals that he has been tweaking the Philosopher's Stone for a long time. It's one of those "twists" that surface because the movie becomes desperate to shock or excite the audience. You bet we are neither shocked nor excited. We only get numb with boredom. Someone mentions how the Elric brothers just wanted their original bodies but, in the process, had to take detours. I wish they hadn't left their house in the first place.