The second season set in 1979 has a growing presence of the dictator - Adolf Hitler, as the titular band of hunters, scour the globe to wipe him out once and for all 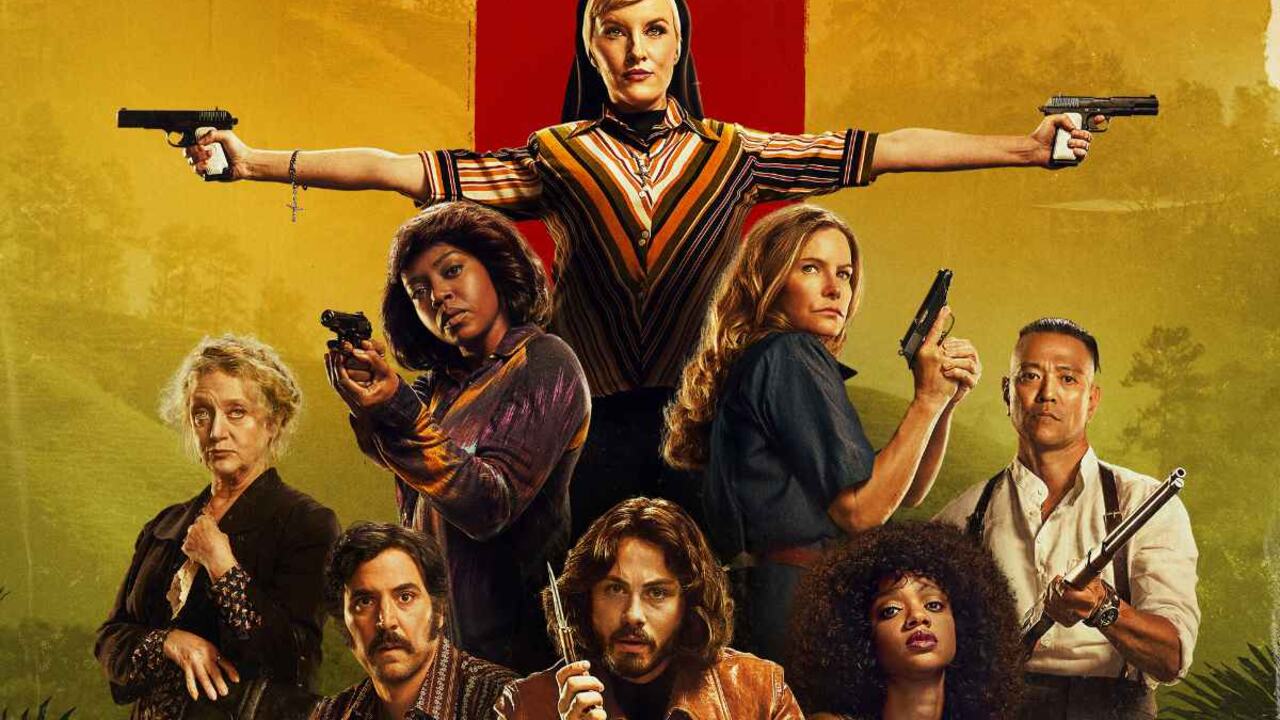 One of the shocking reveals that took place in the first season of Hunters was that Meyer (Al Pacino) was the Wolf. It was Jonah (Logan Lerman) who figured out this information and killed Meyer, despite being told not to do so by his (dead) grandmother, Ruth (Jeannie Berlin). Turns out, Ruth's presence was not merely a gimmick to display Jonah's inner thoughts. Because in the second season of Hunters, dead people have a habit of popping up now and then.

For starters, Hitler (Udo Kier) is alive and fairly well. Someone's sister, who was presumed to be dead, also makes an appearance. Then there is Jonah, who is haunted by nightmares and sees Meyer's figure. All this adds up and makes the second season a ghost story. Naturally, then, when we watch Meyer for the first time in a flashback, he says, "You seem as if you have seen a ghost." He utters these words by looking directly at the camera, though we soon find out that he is addressing a group of people. Nevertheless, this is the second season's way of welcoming us into its ghostly world.

This idea of a ghost story is turned into something literal when we actually watch a "ghost story" in the penultimate episode. That story is well-shot, well-told, and expertly dances between screwball comedy and morbid terror. I was reminded of the opening scene from Inglourious Basterds and the home inspection scene from Jojo Rabbit. But the one in Hunters is definitely crazier. Like a game of pinball, the tone energetically jumps from one mood to another (funny, stressful, you name it) and never once falls apart. You behold the segment with trepidation, not because of its content, but because you fear the director (David Weil) would become overconfident and lose his touch. But the fact that he doesn't and the confidence with which he takes us from scene to scene is what makes this episode brilliant. It's the best in the whole season.

Hunters Season 2 starts on a very promising note. A woman walks into a shop and interrogates the owner. At first, her question - "Are you a Jew?" - is tinged with curiosity but then, slowly, it reaches intimidating levels. She cuts the owner's eyes out and sticks them on a sculpture. It's a delicious black comedy moment. Another such moment comes when Jonah and his team are gagged, and they try to talk. A cage with a man in it is lowered, and he is tortured. Even with brooding and troubled characters, Hunters Season 2 knows how to have fun.

Of course, the existence of such characters also means that things are not always vibrant. FBI Agent Millie (Jerrika Hinton) feels guilty after shooting a Nazi priest, Lonny (Josh Radnor) is depressed and takes drugs (he really missed Roxy, played by Tiffany Boone), and there is an old man - responsible for someone's death - who cries after being confronted by Sister Harriet (Kate Mulvany). Hunters seem to be saying that one cannot ever escape their past. The Nazis might have hidden their identity and blended with the crowd. But they cannot escape their ugly deeds. All of them will be discovered and punished for their actions. Justice will happen, either one way or another.

There are two sides to justice in Hunters. One believes in an eye for an eye, while the other puts faith in the legal system. Jonah and his team of hunters represent the former, and Millie the latter. But in the second season, Millie, too, changes her position. When she takes the priest mentioned above to court, he comes out innocent. This shatters Millie's trust in the law, and she commits murder. So if you were expecting a battle of ideologies between Millie and Jonah, get ready to be disappointed. She joins Jonah's pack of bloodthirsty, revenge-seeking hunters.

Hunters Season 2 suggests that the justice system is broken. Those who work within the law and hold power are incompetent and would let a criminal walk away due to a lack of evidence. Yet, the show becomes a courtroom drama during the last episode to restore faith in the court of law. On a closer look, though, this intention - of converting into a courtroom drama - appears more etiolated. The series begins to emotionally manipulate us through the statements of the Holocaust survivors. Hunters Season 2, for a while, becomes mushy and shamelessly pushes our buttons. These scenes don't jell with the show. Yes, there were sad scenes before, but they were not mawkish. Through the statements of the survivors, the show directly hits us and suddenly becomes over-sentimental. The series is unable to hold such a massive weight, and this drastic shift in tone sticks out like a sore thumb.

Moreover, a lawyer, who is a Jew, is assigned to defend Hitler in court. Why? So that the series can preach about the sense of duty, human rights, and whatnot. We are not given anything substantial apart from these superficial explanations. We don't believe, for a second, that a lawyer had to be there or that this particular lawyer really felt the urge to defend Hitler.

There is a chase sequence at a hotel which gives us a nice twist after showing two men running in the same direction. But not all action scenes are impressive. The one where bullets are fired from above and below had the potential to be memorable. But it's loud and shabby and lacks a playful rhythm. Hunters Season 2 never quite gathers any tension. The bad guys just sit and talk with a menacing demeanor without ever exuding any real threat to make us worry about team Jonah. Even when someone from Jonah's side is wounded, they are healed within a few minutes or the next episode. Only Travis (Greg Austin) releases scary vibes, but he is disposed of in the lamest way possible. The same criticism applies to Hitler's wife, Eva (Lena Olin).

This is what Weil said in an interview with Digital Spy, "I think as a young Jewish kid growing up on Long Island in New York, there are feelings of wanting to be powerful. You rarely see Jews depicted as superheroes; as having might and strength. They're often nebbishes or Woody Allen or very intellectual. But to have the power to reclaim your place and get justice for your ancestors is definitely a wish fulfillment. And that's what Hunters became." Perhaps, it's this "wish fulfillment" that drove the creators to make the villains in Season 2 feeble. During the courtroom drama part, the prosecutor belittles Hitler by calling him, among other things, "unimaginative." By making the villains inefficacious, the series might be belittling them. But this approach comes at the cost of strong and suspenseful storytelling, which is why Hunters Season 2 is okayish at best.