Trending Now: ‘The Boys’ Live-Action Spin-Off Series Confirms the Title and Filming Schedule‘Fistful of Vengeance’ Gets First Trailer and Release Date on NetflixEgyptian Series ‘Finding Ola’ Gets New Trailer and Release Date at Netflix‘The Royal Treatment’ Movie Review – A Rom-Com that Fails to Deliver in its GenreAnirudh Pisharody Joins Season 3 Of ‘Never Have I Ever’ at NetflixMarvel Studios Reportedly Trying an All-Black Lead Cast for ‘Fantastic Four’ Reboot [Exclusive]
Home Movies News Marvel Studios ‘Eternals’ is Now Streaming on Disney Plus

Marvel Studios ‘Eternals’ is Now Streaming on Disney Plus

Eternals follows a new group of Super-heroes, ancient aliens who have been living on Earth in secret for thousands of years until an old foe resurfaces 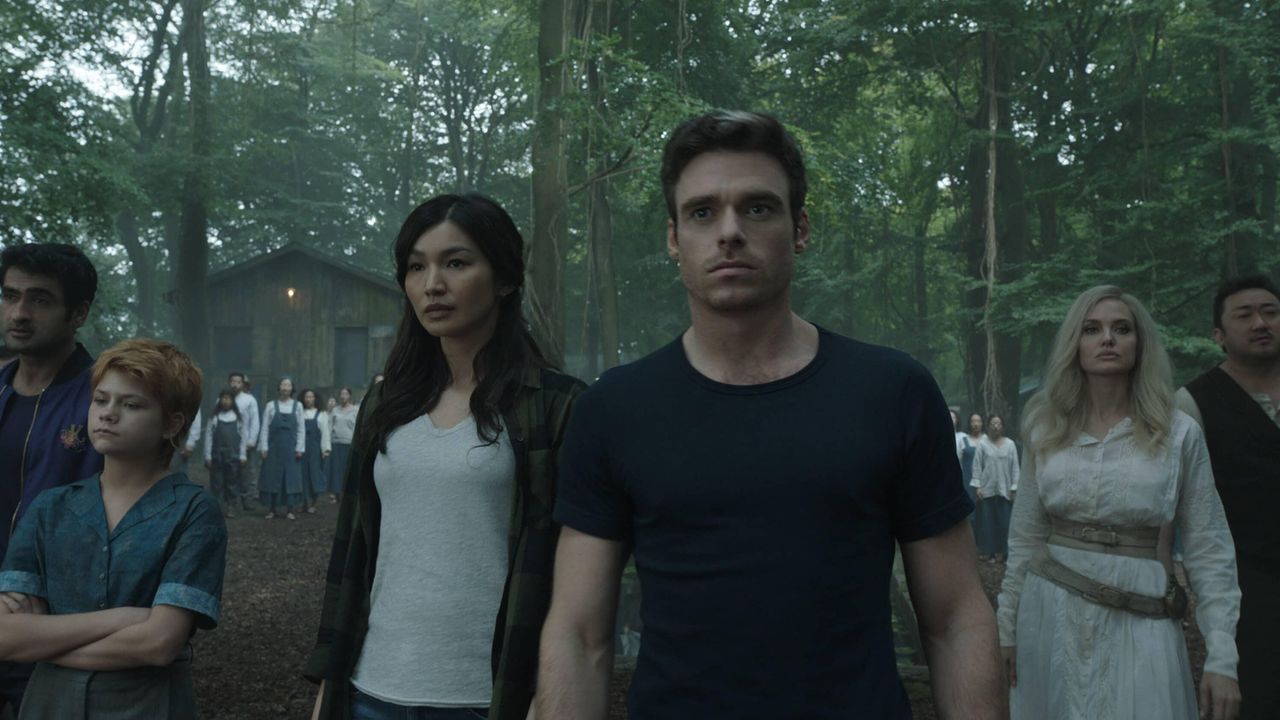 Marvel Studios Eternals is now available to all the Disney+ subscribers worldwide for streaming. The film is also available to watch in the IMAX expanded aspect ratio only in selected territories.

Watch Eternals in India on Disney+ Hotstar and in the US on Disney+.

The version of Eternals that arrived on Disney+ is 2hr 36min long. Unlike the UK digital release, Disney+ doesn't have any additional scenes or an extended cut of the film, but the streamer has added short clips of Deleted scenes in the "Trailers & Extras" section of the movie. The digital version of the film released in the UK has additional 12 minutes of footage.

Eternals also marks the first Marvel content for 2022 to debut on Disney Plus and also seems to remain the only one for a significant amount of time. This is also the first time since the launch of Disney+ that the Star Wars and Marvel content has landed on the same day. The third episode of "The Book of Boba Fett" is streaming on the platform starting today.

Eternals follows a group of immortal heroes from beyond the stars who have been protecting Earth since man's inception. When monstrous creatures, known as the Deviants, long thought extinct, inexplicably reappear, the Eternals are compelled to reassemble to protect mankind against their most ancient enemy.

The MCU's latest Super-Hero squad has taken theater audiences on a thrilling trip spanning thousands of years. The film earned $164 million at the box office in the domestic markets of the US and Canada, while it made $401 million worldwide.

The film is directed by Chloé Zhao, and the producers are Kevin Feige and Nate Moore, with executive producers Louis D'Esposito, Victoria Alonso, and Kevin de la Noy. Ryan Firpo and Kaz Firpo wrote the script, along with Zhao and Patrick Burleigh.