Netflix ‘School Tales the Series’ Review - The Tale of Belief

Based on hit comics, the anthology series takes audiences around haunted schools, bringing back their childhood memories of terrifying schoolyard stories 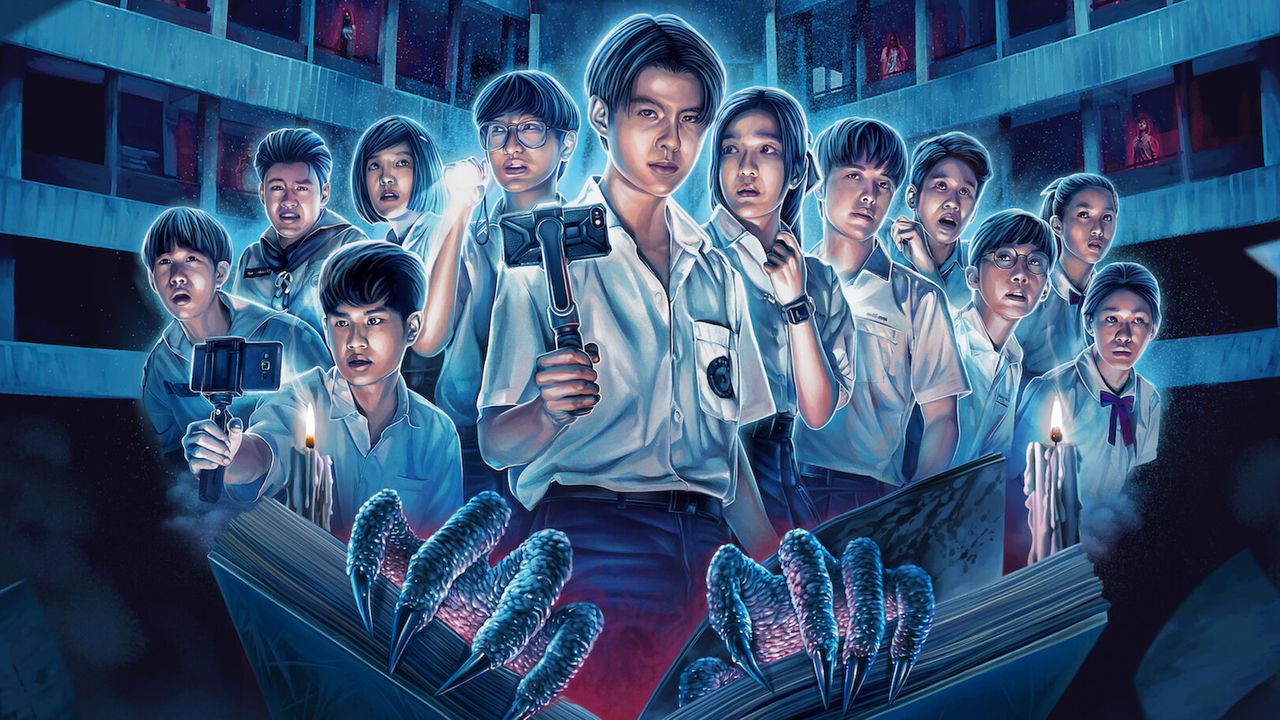 School Tales the Series is a Thai show that features seasoned ghost stories about the paranormal activities under the premises of the school and associated with the lives of the student. Adapted from the comic stories, the eight-episode series brings the legend surrounding the unspeakable horrors of high school life, as the nightmares come to reality.

A school is normally a place one would associate as an integral necessity for the development of budding individuals, a place for learning new things and delivering different kinds of experiences to each individual. However, this is not the point of focus for this show, as it turns its attention toward the happening of different paranormal activities within the school itself, that ultimately end up costing the lives of various victims. Suddenly, school is a place of danger.

The prospect of horror is appealing to some, however as interesting as it may sound to some individuals, it essentially excels at nothing. There are a lot of things wrong with this whole fiasco. The horror adaption is a very flat and shallow reflection of the genre, as there are virtually no characters interesting, not just in one, but in all of the different stories. None of the characters build their case as a justifiable presence on the screen, as they fail to grab attention, or even play out their own story. The show tries to induce its incentive by trying to make the audience care about the characters, but it just doesn’t happen as the execution remains well beyond sub-par. Neither is the personal life, nor the relationship among the other students stimulating the eerie serenity of the world where the dead or supernatural walk among the mortals.

The horror as well is not inciting enough, as it arrives in an expectable format, unable to throw the audience off their usual rhythms. Its handling is indeed questionable, and boring since it doesn’t use the environment to its advantage, but rather almost immediately showcases what it wants to do. The failure to build the suspense and the uninspiring human dialogue hardly got me intrigued by the environment, the setting, and as previously stated, the students themselves.

The one episode per story format does more harm than good as things are unusually fast in pace most of the time, and out of sync with its horror elements. They have got it all wrong when it comes to setting up for further events. The paranormal stories are themselves not given time to conduct within the script.

The disappointing standalone stories are far from adept in giving the chills, and they lack the substance to be considered as anything more than a horror movie. With no conclusion at its helm, the forceful execution is certainly not appreciated.