The series is set in a psychiatric prison, where a group of armed men attempt to apprehend a jailed serial murderer but are greeted with resistance from the prison director 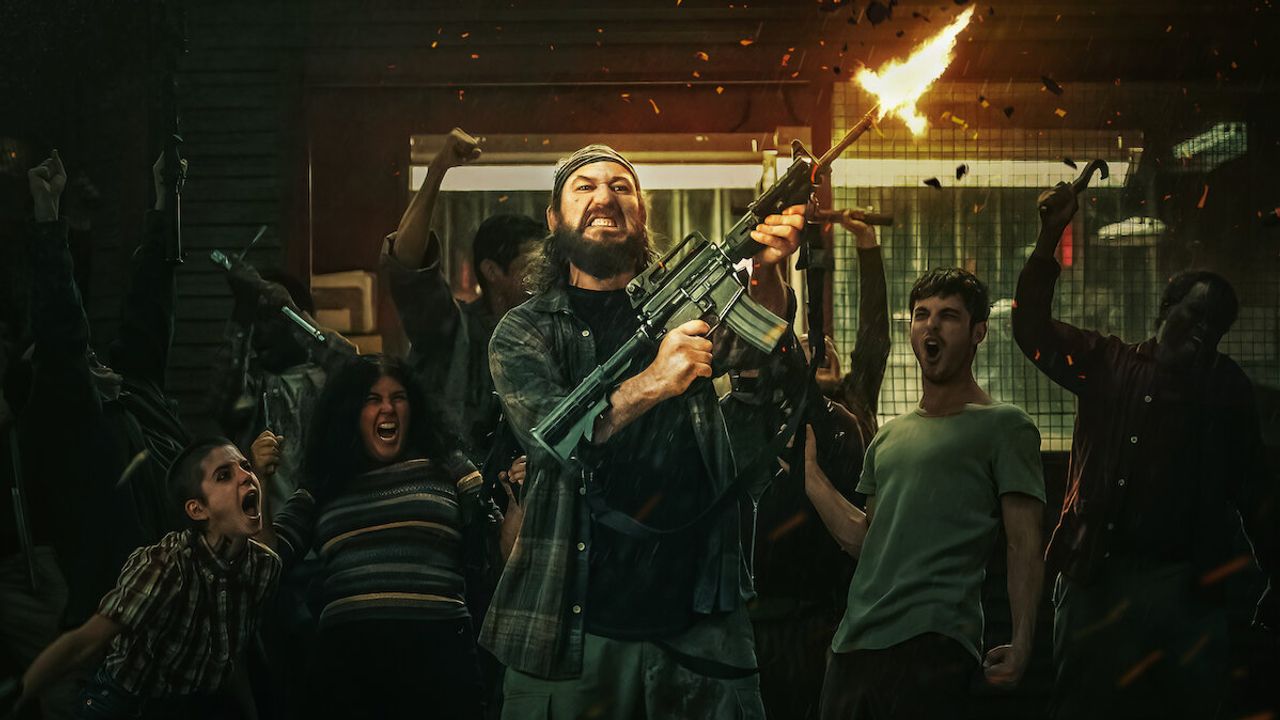 The Longest Night revolves around the psychiatric prison where a group of unidentified individuals aims to capture a newly transferred serial killer, also known as ‘The Alligator’, but are met with an uncomplying prison director determined to keep him at all costs. It stars Alberto Ammann and Luis Callejo in the lead performances.

The show starts by establishing Simón Lago aka ‘The Alligator’ as a ruthless serial killer lacking basic human empathy as he buries a pile of dead bodies into the ground along with an attack victim presumed to be dead. It gets right into the business implying the character is highly intelligent and unpredictable with the danger he possesses, killing people on a whim. What follows next is the event after his capture as the scenery shifts to Warden Hugo’s home where he spends time with his children on Christmas eve. He is forced to return to work at Barua psychiatric prison after the arrest of a mass-murdering serial killer Simón Lago. Much to the disappointment of his three children, Laura, the eldest child, decides to leave while the other two accompany him to his shift.

After the success of Money Heist, Netflix Spain tries its hands on the ‘prison thriller’ with The Longest Night. The six-episode series tries to intensify the nature of the events as it gives a 24-esque vibe giving a detailed layout of the things that happened inside the facility. The difference-maker is the non-linear screenplay juggling between past and present.

The show contains a lot of flashbacks trying to clarify the characters more, whether it is the patients of the psychiatric prison, Hugo, or even Simón Lago. The backstory of the patients about how they ended up here is a nice touch as they give each patient some personality. But the main problem remains the lack of substance in the plot. It is neither interestingly written nor directed to nullify this particular shortcoming. The show constantly drags back to the patient side stories which are dull in comparison to the main plot. They are given way more importance than necessary, which is kind of tiring since they serve nothing other than a complete distraction.

Another issue is that the show remains persistent in exploring some situations more than others, and doesn’t realize the imbalance it creates in the build-up. Like it explains things thoroughly which doesn’t need explaining but doesn’t give you a context on what’s important.  It fails to create the suspense element even if the stakes are high and instead results in being a tedious, tiring watch. The pacing ultimately undermines the most exciting aspect about Hugo, our protagonist making a tough call-in unimaginable situation. The dynamic between Hugo and Simon also feels that it wasn’t explored enough as the show misses out on their problematic relationship added with complications.

Alberto Ammann as Hugo did a decent job as Hugo plays a conflicted warden burned by the weight of his responsibilities and personal crisis. Luis Callejo was good, as he plays a heartless killer, finding amusement in the brutality.

The sound design of the show was disappointing as it fails to create nerve-wracking moments in chaotic situations. With that being said, the show fails at keeping the audience entertained. It lacks the substance and thrills for its genre and overall misses the mark.