‘The Time Traveler’s Wife’ HBO Series Review: An Emotional Story Across the Time

In this HBO series, which is a fresh adaptation of Audrey Niffenegger’s 2003 novel, Theo James and Rose Leslie play lovers whose fate is predestined and cannot be changed If you have seen the film or read the novel, you don't really need an introduction to this series. All three feature the same characters with almost a similar beginning.

The series begins in "Modern Family" style (documentary) where the couple Henry and Claire talk about their married life on a video recorder in separate frames. This style has been used for all the episodes and it begins with either Henry or Claire or both starting a conversation on a topic and relating it to an event. On-Camera, they appear at different ages.

Unlike the film, the show begins on a light note, but quickly moves to the library where Henry meets Claire for the first time, and this scene looks like an extended version of what we saw in the 2009 film adaptation.

"Being a Time Traveler's Wife is not easy" seems to be the main focus at the beginning, which quickly shows that neither is a time traveler, who arrives naked. As Henry says, "This is not a superpower, it is a curse. You won't know when you will disappear and where you will arrive." The complicated life of the couple has a beginning and this is the focus of the first episode which shows how and where they meet.

The later episodes delve into different phases of Henry and Claire's life. From their childhood to teenage, to adulthood including old age, the series has simplified while showing their abnormal life. The age of the characters is always displayed on screen to make it easier for the audience to understand as Theo James is playing all the versions of Henry starting from the age of 24. Rose Leslie is playing all the versions of Claire beginning at the age of 16. The child and early teenage versions are played by two different actors. 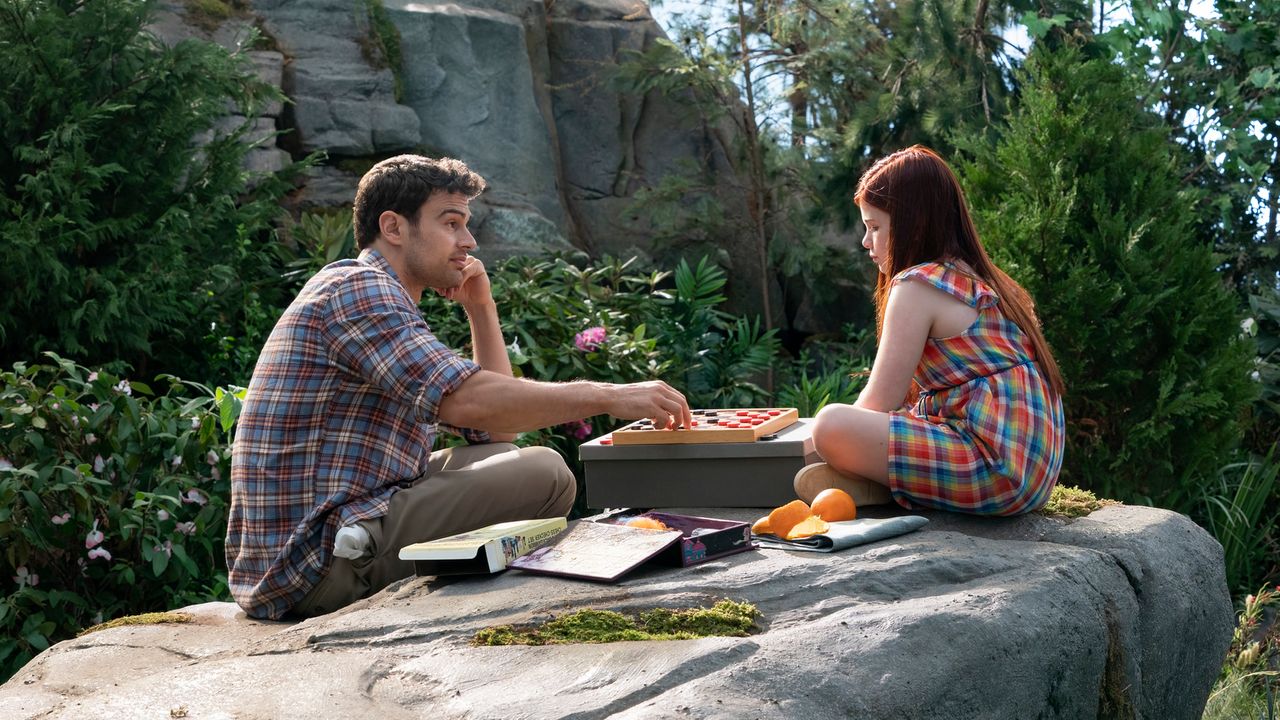 The first season is a bit lighthearted, it gets emotional sometimes, but it's not heartbreaking. It's a love story that begins at a very early age and goes through different phases of time and life. The chemistry between a 6 to 13-year-old and a 41-year-old has been handled with a lot of sensitivity. The series never tries to show them as lovers (little Claire) and conversations between them are exactly what they should be between a child and a Gentleman, who are friends. The series stands out in explaining the time traveling and the dangers that come with it. But let's be clear, the series is not dark and sad, it has maintained the balance throughout the first season poking fun and humor at moments while also giving the viewers some life lessons.

If you have seen the film and read the book, you have an idea about the past event which Henry visits again and again, and why he is not able to change it. Like the film, the HBO series also gets into that part, but it doesn't overdo it.

The series is emotional and filled with humor with fun and sad moments fulfilling the journey. Theo James shows his acting skills by playing the same character at different ages. Even if it is the same face, Henry appears to have distinct body language and attitude at different ages, and for a time I also thought that these were different persons. Henry at 41 and Henry at 28 have no similarities except for their face.

The music binds the whole series together, although I didn't find any dull moments in the series, for some reason, if you do, the music won't let you realize it. The six-episode first season doesn't answer everything as the story is far from over. Probably, it could have been wrapped in a single 10-13 episode season as some of the scenes seem to be far-fetched. But unfortunately, we have to wait to get answers to many questions teased in the first season. The season finale perfectly sets up a second season.

HBO series The Time Traveler's Wife will premiere every Sunday on HBO starting May 15 till its finale on June 19. Each episode of the series is almost an hour long.

My Score: [7.5/10]
Note: All six episodes of the first season are screened for this review