Trending Now: ‘Cruel Summer’ Season 2 Expected Release Date, First-Look, Cast, and More‘Pamela, a love story’ Netflix Review - An Intimate Insight into the Life of Pamela Anderson!James Gunn Reveals the First Slate of DC Studios Projects - Superman, Batman, Lanterns, and More‘Diary of a Prosecutor’ Netflix Series Review - A Hidden Gem that Should be Watched by All K-Drama Lovers!‘When the Weather is Fine’ Netflix Series Review - A Slow-Paced Rom-Com‘Cunk On Earth’ Netflix Series Review: - A Phenomenal Mockumentary that Needs to be Watched
Home TV Shows News ‘Warrior Nun’ Season 3 - What do Netflix Numbers Say on Chances of Renewal?

‘Warrior Nun’ Season 3 - What do Netflix Numbers Say on Chances of Renewal?

Fans have started a campaign requesting Netflix to renew Warrior Nun for a third season, but Netflix number might give them a reality check 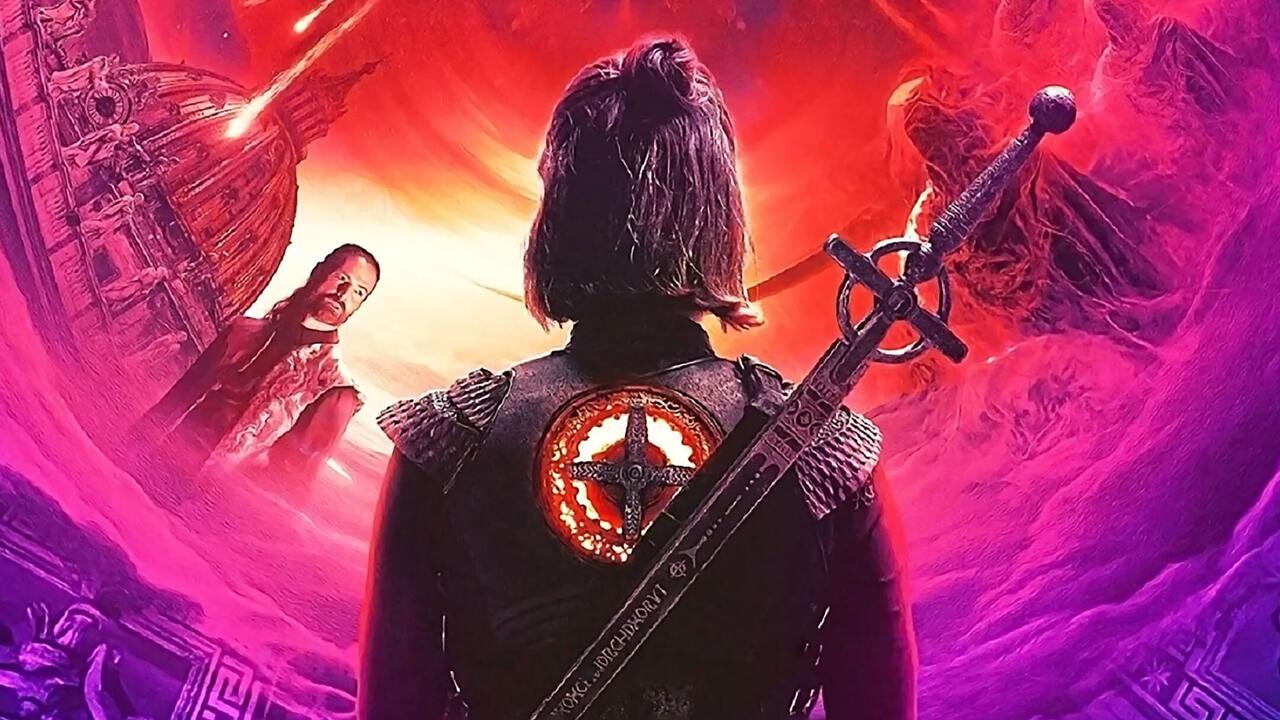 There is no doubt that the Netflix series Warrior Nun has been able to keep itself in the top trending lists all over social media. But will it be enough to boost Netflix viewership for the show to make it trend on the streaming platform as well?

Netflix is regularly releasing the list of top trending shows on its top platform and their corresponding numbers to make it transparent. Netflix hasn't officially set any criteria or the minimum viewership numbers that a show needs to reach for getting another season. However, past trends suggest that Netflix does consider the viewership numbers as the primary factor for greenlighting the next season of any show. So, where does Warrior Nun stand out in terms of viewership? Let's analyze the data and numbers.

The second season of Warrior Nun was released on November 10 on Netflix globally with all eight episodes. Generally, before any recurring show's upcoming season, its previous season gets a sudden spike in terms of viewership. t may have happened with Warrior Nun as well, but it was not enough to get the show in the top 10 trending list, at least before the release. However, after the release of Season 2, the first season was in the top 10 in the week of 20th November - the next week after the Season 2 premiere.

‘Warrior Nun’ Season 2 debuted in Netflix's global top 10 list and continued to be there for the next two weeks. It is no longer in the global top 10 list of Netflix for the week ending December 4, but it doesn't mean it's not trending anywhere. There are still many countries where Warrior Nun is topping the list and accumulating its viewership numbers.

Coming to the viewership numbers, Warrior Nun Season 2 debuted with 26 million hours of watch time in its first week, followed by 28 million in the second week. However, the numbers started to drop in the third week as the watch hours came down close to 12 million, which is more than a 50% drop in viewership. The drop continued in the fourth week as well, kicking the show out of the top 10 list, which also means we don't have the numbers as Netflix only reveals the viewership numbers for the top 10 shows and films.

If we combine the first three weeks of Warrior Nun Season 2, it has accumulated 66 million watch hours and if we add Season 1 performance as well (only for this duration), we will get 86 million hours of watch time. But is it possible to get a renewal after getting these numbers? Let's compare it with similar cases in the same category of Sci-fi and fantasy. 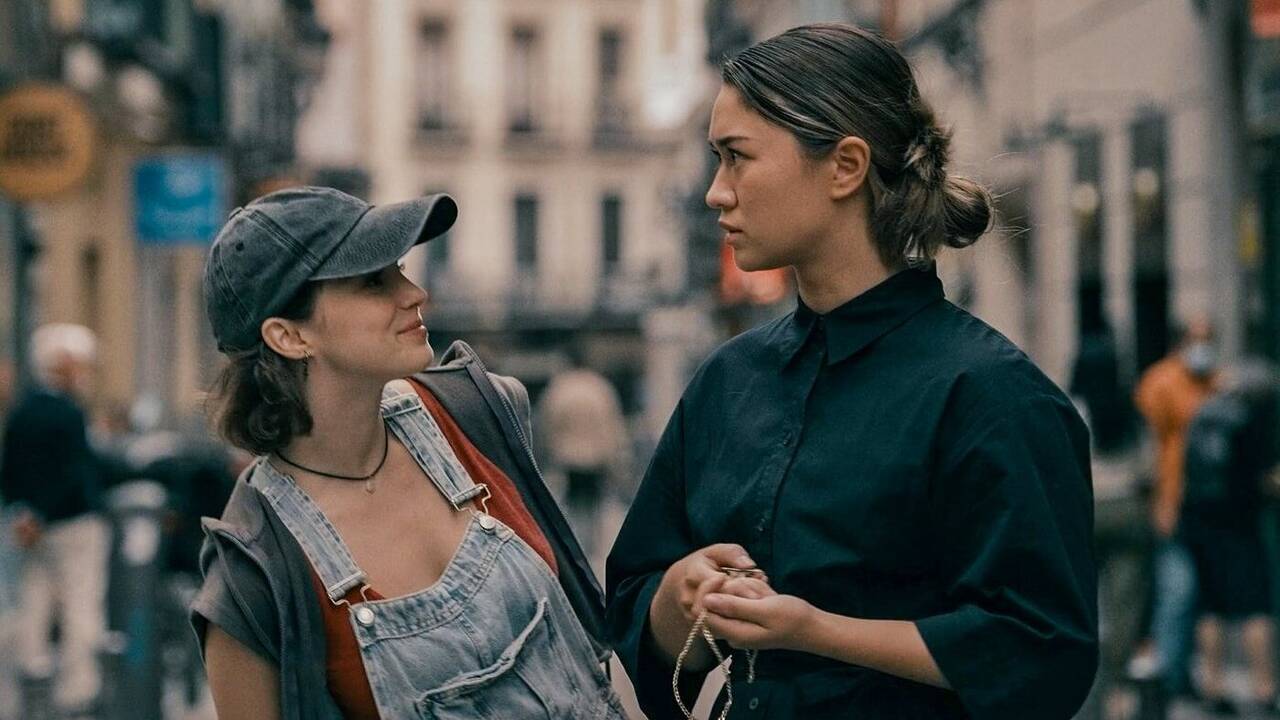 Netflix sci-fi series, The Imperfects, which has been canceled by Netflix, recorded more than 71 million watch hours in the first 28 days after its debut. This was slightly more than Warrior Nun which recorded only 66 million hours in the second season. Considering the fact that it was the second season of Warrior Nun, it needed to give a lot bigger numbers than it has produced so far. Fate: The Winx Saga would be the perfect example in this case as it was canceled after two seasons. Fate: The Winx Saga added 150 million hours in the first 28 days and 160 million overall in the Top 10.

Now, let's take another example of a show which was renewed for a third season even after average performance. Netflix series, Never Have I Ever may not belong to the same category as Warrior Nun, but both the show created their fanbase after their arrival. Never Have I Ever has been already renewed for the fourth and final season, but before that, it was also renewed for the third season, after it added around 150 million watch hours in its first 28 days.

If we go just by the hours watched, the fans may have to accept that Warrior Nun is not getting a third season. But the good news is viewership numbers are not the only thing that Netflix considers to give a show another shot. Budget negotiation, salary hike demands, and the critics' ratings also matter. For Example, Heartstopper only recorded 54 million watch hours, but it got renewed for two more seasons. However, the show only belongs to the Drama category so there is a huge difference in the post-production cost when compare with Warrior Nun, which is a Sci-Fi and Fantasy drama.

Coming to the critics and audience ratings, Warrior Nun has 100% critics approval rating for Season 2 and a 99% audience rating. The ratings for the first season were comparatively lower, but overall the show has an above 90% score from both - critics and the audience. But as I have mentioned above, a comparison with Heartstopper might not be a valid point.

In the end, the renewal also depends on the willingness of the producers and the creators if they can accommodate the show on a Season 2 budget or lower. Otherwise, numbers indicate that this might be the end of Warrior Nun's journey on Netflix.

Created by Simon Barry, "Warrior Nun" follows Ava, a 19-year-old woman who wakes up in a mortuary with a new lease on life and a divine artifact embedded in her back. She realizes she is now a member of an ancient order tasked with combating demons on Earth, and mighty forces from both heaven and hell seek to find and control her.