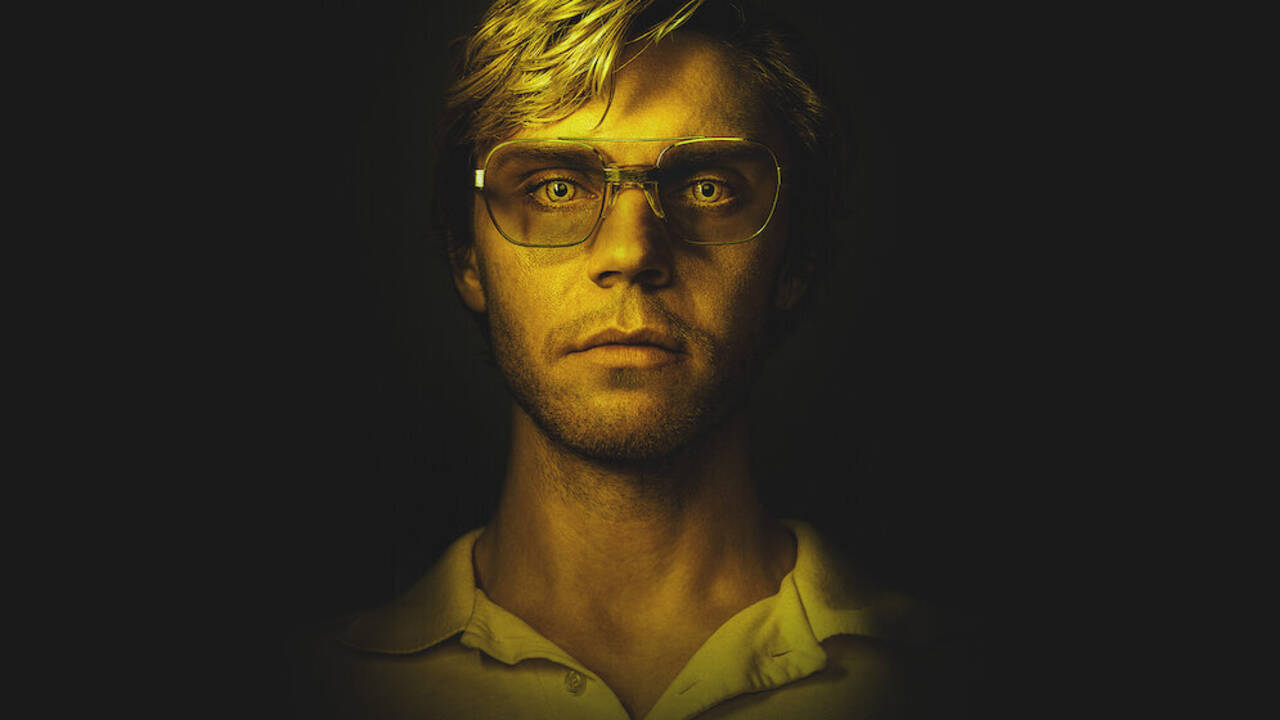 Dahmer - Monster: The Jeffrey Dahmer Story, the new Netflix limited series created by Ian Brennan and Ryan Murphy, knows how to expertly use its almost 10-hour long runtime. This becomes apparent from the first episode when Jeffrey Dahmer (Evan Peters) brings home a man from a bar. We know he is up to no good because, in a prior scene, he discharged bad vibes when confronted by his next-door neighbor Glenda Cleveland (Niecy Nash). Inside Jeffrey's apartment, we wait and wonder whether the man would be able to escape Jeffrey's clutches or if he would become a part of the foul smell emanating from his room. Yes, Jeffrey is a serial killer, and the stench is caused by his victims, who are long dead and cut into various pieces.

Humans are naturally curious. They try to understand complex problems. When you hear about a serial killer, you ask, "What drove this person to be so cruel?" Apart from being curious, humans are also complicated. You can never fully get another person, though you can come up with assumptions. In Dahmer, you receive sufficient hints to pass your own interpretation. What made Jeffrey a serial killer? The surgery on roadkill might have been a possible entry point into the homicidal realm. Why does he drug his victims? After (accidentally) hitting a hitchhiker, he lays down on his unconscious body and kisses him on his lips. This might have planted a thought into his subconscious that if he could make his victims unconscious, he could do whatever he wanted to them. How is Jeffrey able to confront the police with nervous confidence? In one scene, he gets away from a police officer by using the divorce story of his parents. This might have given him the idea of escaping the police by making them uncomfortable. It helps that many of them are uneasy around homosexuals. Why is Jeffrey gay? Perhaps, he must have thought that marrying a woman would lead to occasional quarrels (his parents always argue with each other). He has a good bond with his father, which might have led him to believe that he could have good relations with a man than a woman. You perceive this when Jeffrey tries to masturbate to girls' images but is interrupted by another one of those heated exchanges between his parents. Of course, I could be wrong, but the beauty of Dahmer is that it makes you think deeply because it presents humans as complicated creatures. And as I said, humans are curious and attempt to solve complex problems.

All Jeffrey wanted was love. But that's something he didn't get either from his father or mother. Instead, there was a time when they left him alone for three months and didn't bother to check up on him even once. Jeffrey became so alone and with such a massive craving for love and acceptance that even a normal acknowledgment from a jogger made him elated. He even took a joke too far after seeing how it made some students laugh, which only made things awkward. Jeffrey becomes so convinced of his loneliness that he comes up with a board game where two soldiers are thrown into a vortex if they come close to each other. And so, in episode 6, when Jeffrey meets someone who genuinely cares for him, he turns towards tenderness. But he soon reverts to his murderous ways because he finds it impossible to believe that someone could actually stay with him forever. However, Dahmer also makes us notice that Jeffrey's actions are the product of his decisions (he chose to pick up the hammer and destroy real romance).

Jeffrey's victims are not stick figures. They have a life, a dream, a family, and friends. This is something Dahmer makes explicit through the sixth episode. It's only natural then that their deaths would affect everyone around them. And so, Dahmer zooms out and includes the pain of victims' families and, simultaneously, zooms in to show their suffering. One of them receives phone calls telling him to leave the country. The men Jeffrey kills are black or belong to other minority communities. Naturally, the show gradually develops toward a fight against injustice as the corruption in the justice system is brought to the surface. A judge considers giving Jeffrey a second chance, and two cops don't do anything about the complaints reported by Glenda. In contrast, Glenda's daughter is arrested without much delay when a white man complains about a broken camera.

When Jeffrey is exposed, the city comes together and demands he be punished as severely as possible. But there are others who hail him as a hero. Fan letters are sent to him in his cell, and comic books are made in his name. People have contrasting opinions. Black and white, justice and injustice, are nothing but two sides of the same coin. This duality extends to the scene where one serial killer is killed while the other is saved through baptism. That baptism raises further questions: Can a serial killer ever be forgiven? Isn't it weird that a man can commit horrible crimes and yet ask for salvation (and he could be saved according to the church)?

Dahmer covers a lot of ground and never becomes dull. It dives into the personal territory before expanding and including a larger perspective. At first, you think the ten episodes would merely fill up Netflix's viewing hours, but it finds new things to say, new threads to develop as it progresses.