The movie follows Peter, who escapes from slavery, relying on his wits, and deep love for his family to evade cold-blooded hunters and the unforgiving swamps of Louisiana on his quest for freedom 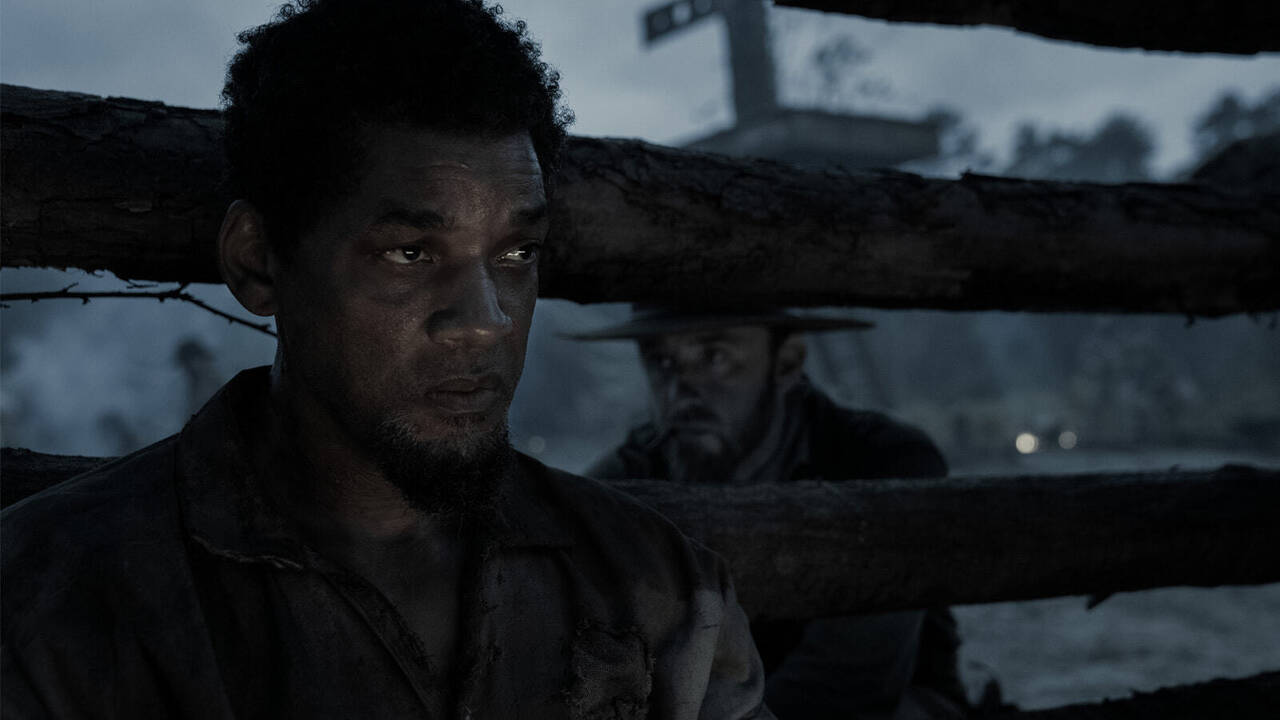 Antoine Fuqua's Emancipation doesn't take long to throw us into hell. It opens with Peter (Will Smith) getting dragged out of his house by white men who use him to build railway tracks. The movie, written by Bill Collage, is about the torture of Black slaves, and it tries to shake our bodies by showing us images of violence inflicted on them. The problem with Emancipation is that by instantly throwing us into hell at the beginning itself, it desensitizes us towards acts of barbarousness. The cruelty doesn't sting; it rarely touches us.

It doesn't help that Fuqua is incapable of dramatically intensifying his images. When Peter arrives to work as a slave and walks through the space, the camera merely notices the working condition of the men without bringing out the viciousness. We see the scene but don't feel it. Similarly, we don't participate in the pain of a man who is attacked by savage dogs. The movie has to use an alligator for something as cheap as a jump scare to startle the audience.

If Fuqua is unable to upset us with the sight of corpses, that's because he is more interested in making Oscar bait. The movie notices Peter's action of throwing a man into a pit of corpses through slow motion. When a woman deliberately injures her hand in a machine, we again get shots in slow motion. This slow-motion technique desperately asks us to stand up and applaud the film. Fuqua attempts to underline these scenes, and we can see how he is straining himself for greatness. When Peter runs on a land laden with dead bodies, the camera gives us a wide shot, and the scene becomes...beautiful, not brutal. In fact, Emancipation is shot in black-and-white for aesthetic purposes. Fuqua wants to make every frame a painting, and his intention dilutes the violence that erupts when soldiers fight toward the end. The smoke from the gunfire and the sight of blood is transformed into a series of pretty pictures. Emancipation might just as well be screaming, "Look at the frames! Look at the choreography! Give me the Oscar already!"

That cry for Oscar seems to be coming from Smith as well. He does the kind of "serious acting" that the Academy often nominates for the Best Actor category. Every expression and movement goes up to eleven and begs to be noticed and appreciated. Smith even swims in swamps and rolls in mud, reminding you of what Leonardo DiCaprio did in The Revenant to grab the attention of the Academy members. "Just take me seriously and forget about the slap," Smith seems to be saying. He is a good actor, but in Emancipation, he limits himself to a single rule: Be showy and impress the hell out of the viewers.

The movie has that same old scene where a man is asked to reveal the whereabouts of his friends in exchange for freedom. That doesn't come as a surprise, considering how trite this film is. When the bad White guy named Jim Fassel (Ben Foster) remembers an old incident, the camera intently observes him as he gives his speech, as if struggling to imbue him with menace. However, Jim is not at all intimidating. He merely moves from one place to another on his horse with a stern expression, appearing more like a chess piece than a scary villain. His final confrontation with Peter is so bland that even the film gets rid of him as quickly as possible.

Emancipation works on a very simple principle. All black men are good, and all white men are trash. No one is complex enough to stand in the middle. A little white girl not only screams, "Runner!" but she does so by loudly ringing a bell. That bell might just as well be amplifying the sound of hate coming from the white people. All Emancipation can do is follow a formula and be pretentious. God helps Peter in his quest, but can he help this film get widespread acclaim as well as an Oscar nomination? Only time will tell.