The movie follows, three young women, who accidentally bring back the Sanderson Sisters to modern-day Salem and must figure out how to stop the child-hungry witches from wreaking havoc on the world 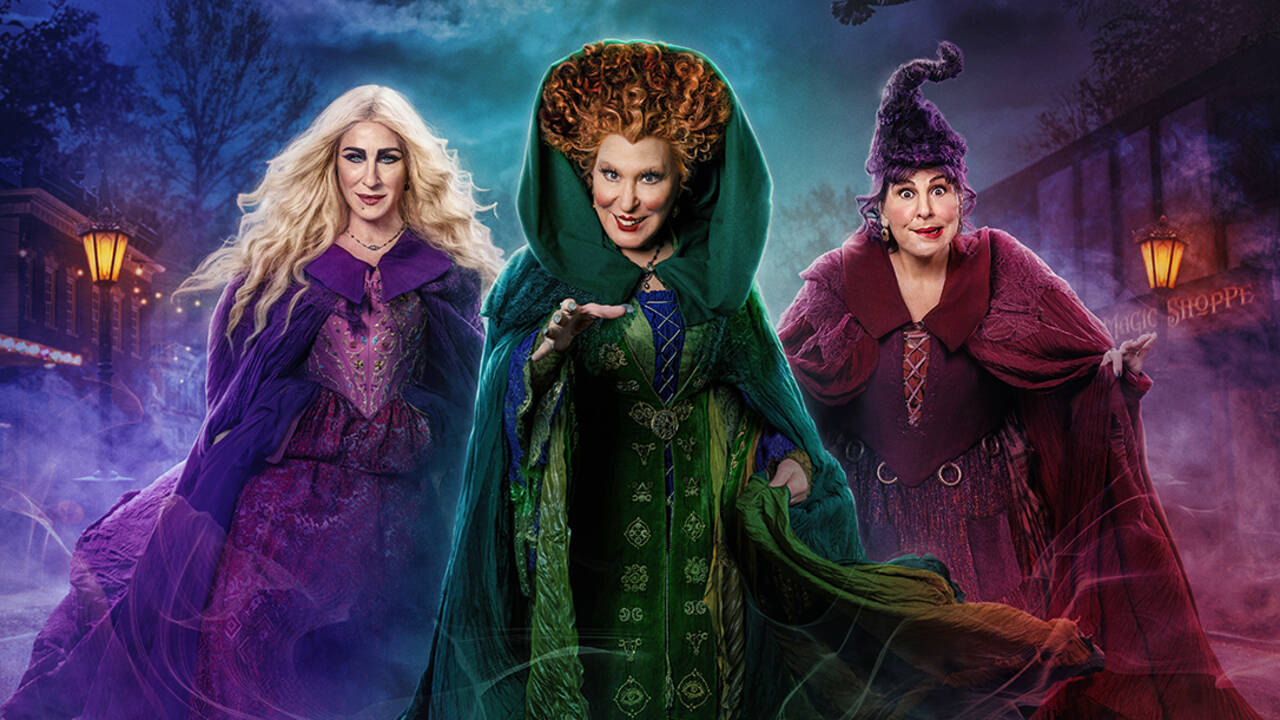 Hocus Pocus 2 is set up to be a haunting sequel to the Halloween classic. The sequel brings back the wickedly delightful Sanderson sisters. Set twenty-nine years after the original movie, Hocus Pocus 2 centers around three teenage girls during their own troubles when they accidentally bring back the Sanderson sisters to a modern-day Salem. The three girls must see if they can put aside their differences and help save Salem from the child-hungry witches from wreaking havoc on the world. As the teenage girls struggle with their friendships, the Sanderson sisters return to see the horrors of what the modernized world had become in some of the most hilarious situations.

The sequel starts with a similar setting, a flashback of key characters which expands the world of Hocus Pocus a little before the viewers are shown the modern-day Salem that we had seen twenty-nine years ago. Unfortunately, unlike the original movie, this sequel had clearly lost the Halloween/Fall feeling. There are no longer the crisp Fall leaves decorating the sets as the new lead Becca (Whitney Peak) rides through Salem on her bike, nor is there anything particularly Halloween-focused until a generic town fair is set up.

Unfortunately, Hocus Pocus 2 sets itself up as a comedy, though this is only evident and executed brilliantly by the original cast of the Sanderson Sisters, Winnie (Bette Midler), Mary (Kathy Najimy), and Sarah (Sarah Jessica Parker). The three characters still have the amazing chemistry that had made the original movie such a Halloween classic, though Mary Sanderson’s method of transportation has an upgrade. The return of the three sisters lives up to the expectations that all the original fans have, from the classic musical renditions to their comedic timing but that is where any similarity of feeling from the original movie ends.

In the original movie, the three main leads had some bickering, but they all came together perfectly to stop the Sanderson Sisters from taking over Salem. Regrettably, this is one of the main things the new trio lacks. While Becca and Izzy (Belissa Escobedo) focus on their own Halloween traditions, they freeze out their old friend Cassie (Lilia Buckingham). Instead of focusing on teamwork, this trio focuses on the normal, everyday teenage dramas of priorities shifting as friends grow up and grow apart. When it comes to the new teenage trio, the script is full of awkward humor that the actors fail to build upon. With camera shots that lack any creativity or anything to draw the viewer in, the new teenage trio is the biggest disappointment of the sequel.

Jen D’Angelo is the writer of Hocus Pocus 2, and she had her own vision. While the original movie feels timeless despite being set in the nineties, it is hard to imagine this movie having the same impact. Instead of focusing on stories and characters, D’Angelo decided to focus on current trends such as manifestation and crystals to give her characters some sort of personality, but those quirks are clearly superficial and will not hold up in five years, never mind twenty-nine.

Hocus Pocus 2 is great when the story focuses on the Sanderson sisters, but instead of catering to its old fanbase, writer Jen D’Angelo and director Anne Fletcher clearly had their own vision to capitalize on the new Gen Z viewers that will no doubt watch it. Some of the writing choices seemed odd as, by the end of the movie, too many side characters had taken away the spotlight from the Sanderson Sisters and their ambitions without any real explanation or resolution. Hocus Pocus 2 has a completely different tone when compared to the original movie. With only the Sanderson Sisters showing any true unity and teamwork, Fletcher and D’Angelo missed the mark on what had made the original movie such a Halloween classic for years to come.