Set in a dystopian world, the series follows a tyrannical institution, that pursues a linguist immune to the disease as an epidemic spreads through verbal communication 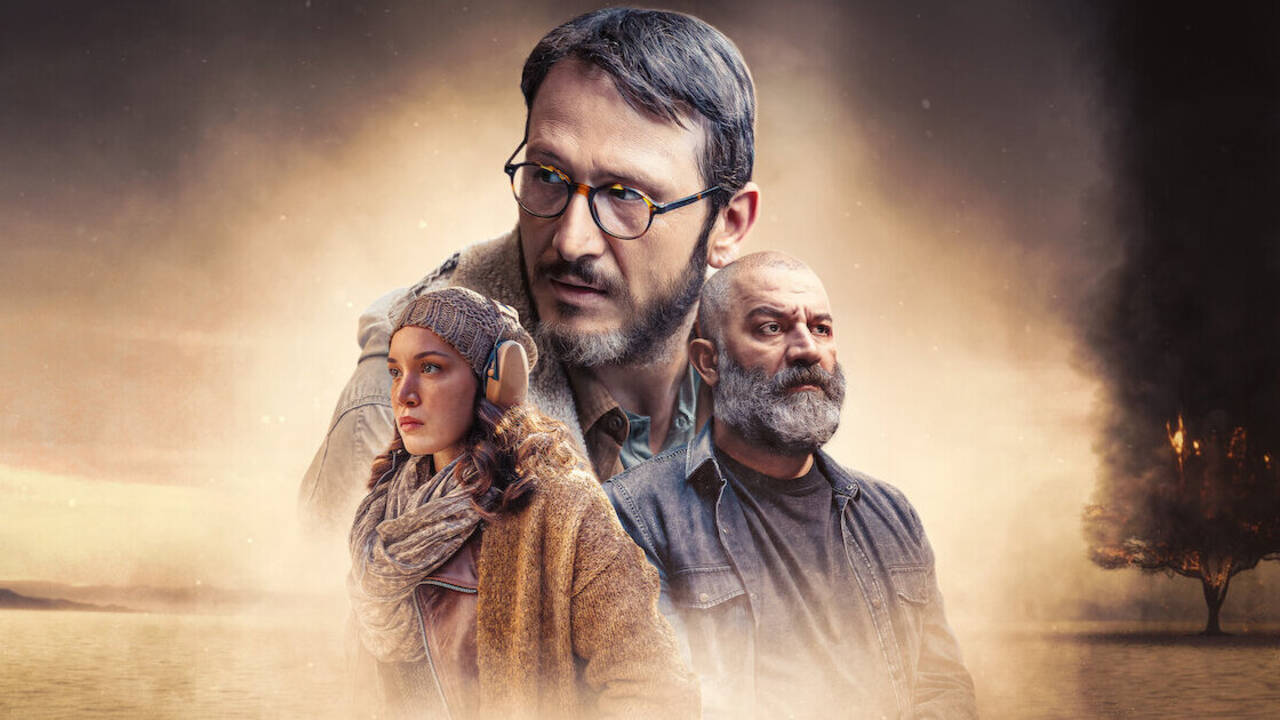 Streaming platforms like Netflix can be considered both a boon and a bane. On the one hand, they expose us to filmmakers from all around the world. Different films and filmmaking styles develop our tastes, and as a result, we demand better movies from the film industry. One of the things that have been encouraged by the streaming platforms is binge culture. Stories are stretched to multiple seasons and episodes, spanning days, years, or decades and going deep into the logic and the politics of the world. At their best, they reward us with a memorable experience. At their worst, they fill us with the boredom of the highest level. This gives me the perfect opportunity to talk about the disadvantages. The binge culture has inspired many creators to go for multiple hour-long episodes, and the problem is that not every story needs to run for nine or ten episodes or seasons.

That last line could be applied to Mert Baykal's Hot Skull. The first season has a total of eight episodes, and each one of them has a runtime of almost 60-70 minutes. That's a lot! It wouldn't have been a deal-breaker if Hot Skull had judiciously used its minutes. But while watching the show, it becomes crystal clear that it need not have been this long. The length of the episodes could have been trimmed to 40 minutes or so. An even better suggestion is that the whole series should have been compressed into a 2 or 2.5-hour-long feature film. There is so much flab, which could be burned to produce a tighter version of Hot Skull. Not every conversation is necessary or interesting, as they rarely go deep or reveal something significant about the story. Some of them remove any sense of urgency, while the others, like a few dream sequences, can be completely deleted.

The world of Hot Skull is facing a pandemic. When a person is infected by the virus, they turn into jabbers. This means that they start talking gibberish continuously. If you want to protect yourself from this disease, you must wear headphones when roaming outside on the streets. The concept is promising, but all creative energies are exhausted after the formation of this premise. With no original ideas or imagination, Baykal simply falls back on clichés and literal images. Murat (Osman Sonant) is seen walking on a treadmill to accentuate how his life has become repetitious and boring. When he is torn between past and future romances, we notice him standing between two women. One is his dead wife, and the other is Sule (Hazal Subasi), the girl whom he finds reading a book at a bus station. Murat levitates when the latter holds his hand at the subway station, which is one of the few moments where Baykal's literal imagination works. Murat's connection with old jabber is displayed by converting their feet into roots and connecting them. It's among those visuals in Hot Skull designed solely to impress.

Murat is immune to the virus. Both AEI (a notorious corporate organization) and Plus 1 researchers (a rebel group) are after him. Only the latter is interested in using Murat to find a cure. However, Murat wants to reset his brain and get rid of the protection from the virus. He sees his immunity as a curse, not a blessing. Hot Skull makes the mistake of not letting us identify with Murat's distress. We don't believe him when he states that he feels like he's living in hell. The series mainly focuses on Murat's incredible skills, like the way he quickly solves complicated puzzles. We notice the "genius Murat" more than the "miserable Murat." Hence, his quest to reset his brain comes across as absurd. Is he okay with becoming a jabber if he thinks his immunity is a curse? Will that not be a greater, more horrible hell? A character says to Murat that he is a fool, an idiot, and you passionately nod your head in affirmation.

Murat is one of the blandest lead characters ever. I don't think he can engage in entertaining conversations. Murat only talks about the mission because this man has nothing else to say to others. If there had been no pandemic or a task to complete for Murat, it would have been painful for us to listen to him, as he would have struggled to come up with interesting topics for chats.

The world of Hot Skull is not firmly built - this after eight, hour-long episodes! I have so many questions. For instance, are deaf and mute people immune to the virus? Are there any mute jabbers doing gibberish using sign language? From where did this virus originate? Do the jabbers ever stop to drink water? They are not zombies. They merely speak nonsense, meaning they are human beings in the end. How do they survive? Where do they get their food from? One character hides his jabbering kid and wife and feeds them. But what about others on the streets? Shouldn't they die within a few days or months if they are not drinking or eating? Or are they surviving on leaves and dirty water? If so, are they immune to the germs in the contaminated water?

There are other lazy and inexplicable choices made in the series. The way Sule finds out that Murat wants to reset his brain is so amateurish. She merely stands behind him and listens to him talking to his friend. Shouldn't he have spoken with more discretion if he doesn't want anyone to know about his secret goal? After sitting in front of the oldest jabber, Murat gets an idea by noticing a ventilator. He comes out and kicks a vending machine with style, a gesture that doesn't suit him at all. There is no evidence of amusement in his mannerisms, making this kick stick out like a sore thumb.

Hot Skull leaves us with a twist to stir our excitement for the second season. Why not plant seeds for that twist earlier instead of cheaply using it as a hook for the future? Hot Skull wants to say many things but cannot express them with style and smoothness. Scenes are abruptly cut short, which breaks the rhythm. For instance, the shift between a party scene and an interrogation scene is so jerky that neither of the moods affects us. Hot Skull is nothing but an unexciting and unimaginative bore that converts its high-concept script into a generic mess.