The series follows Jack Black’s Po, who is wrongfully accused of misusing a magical weapon during a well-deserved eating tour of China 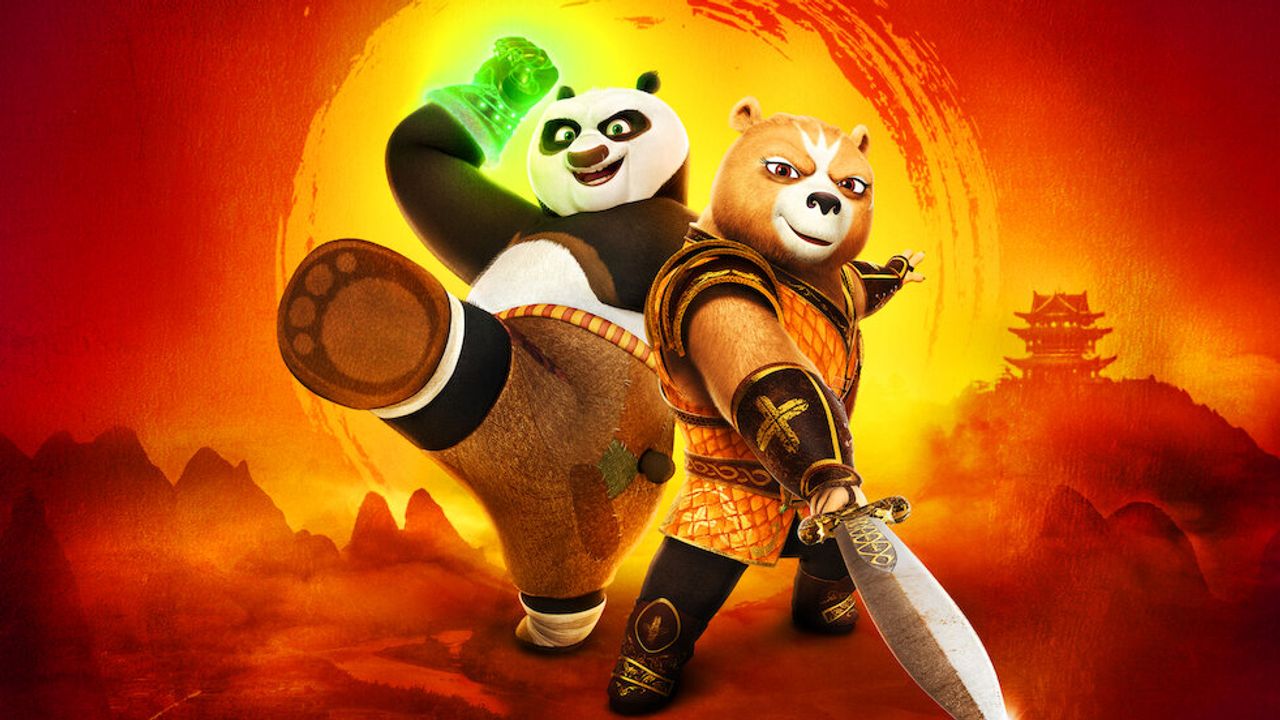 The new Netflix series is an addition to the Kung Fu Panda franchise as it follows the adventure of Po, and his partner, the Wandering Blade, an English knight, in their journey to recover four powerful weapons capable of bringing destruction to the world, before a pair of erratic yet goofy weasels, determined to seek power to complete their conquest.

After three big films and mastering the art of ‘chi’, Po’s character arc had reached a satisfying end but is brought back as he embarks on a journey accompanied by an English knight as his partner to save the world yet again. But this time around he is put into a different light as he is stripped of his title as the ‘Dragon Master’ for accidentally destroying a village and letting the weasels getaway with the powerful gauntlet, which happens to be one of the four powerful weapons capable of bringing ruin and disaster to where it goes. The very people who accepted Po as their Dragon Warrior have now turned their backs on him after the news about the mishap spread all across China. It was different to see an otherwise lovable character experience mishaps of his own mistake as he becomes an enemy in the eyes of the public, but the show makes it very clear the fact that Po is still the ‘Dragon Warrior’ with or without the title. I feel like neither does it indulge in the idea of Po being perceived as a negative personality nor does it explore the spectrum of emotions the deviant situation had to offer after the first episode. It does remind the audience in different intervals about his declining social status, but they are used as a plot device to slowly make things more complicated rather than the internal conflict of a failed role model in Po’s or anyone else perception. It ultimately lacks the little emotional gestures that made the fans more empathetic and resonant towards his psyche.

The series marks the first time Jack Black has lent his voice of ‘Po’ for a Kung Fu Panda Tv series. He proves that he remains the only actor suitable to voice Po, as he brings the character’s chaotic and clumsy personality traits to life. It also adds Rita Ora to the franchise as an important character of ‘Wandering Blade’. She is a welcome addition, as the franchise expands beyond the Chinese ethnicity, bringing more culture to the setting in general. Her connection with Po remains solid. James Hong also reprises his role as Mr. Ping, Po’s dad. His connection with Po just seems naturally heart-warming and wholesome as he plays a concerned dad. Special mention to Della Saba who voices Veruca Dumont, one of the pair of weasels, as she stole the show delivering each line with just the right amount of emotion and intensity concurrent to her character’s personality trait. Fair to say, she was a total surprise. Despite strong voice-acting performances, the show doesn’t quite retain the charm that made the movie trilogy famous in the first place. The absence of the furious five cannot go unnoticed as they remain fairly important side characters that added fun and entertainment whenever they appeared on the screen. The show misses the presence of Tigeress and Master Shifu the most as this series unintentionally makes a serious statement that they are the cornerstone personalities, just as important as Po. There is a similar attempt in trying to replicate the love and hate friendship of Po and the Tigeress with the Wandering Blade, but in no way, it is a substitute. The lack of mentorship with Shifu also seems like a big miss.

There are other problems with the show as well, as it keeps rerouting itself to extend the storyline and possibly evolves itself into a ‘treasure hunt’. It drags on in certain segments to the point you don’t feel the same about the show, as you were in the beginning. Po is also nerfed as the pair of weasels give him a challenge after acquiring the possession of the gauntlet despite never looking convincing enough to challenge him in the first place. He showcases his brilliance from time to time as the master of kung-fu, but they are only in flashes, convenient enough to remind the audience that he is still the same old Po. The animation also isn’t the same quality as that of the trilogy.

More importantly, this feels like a filler arc that can be entertaining sometimes but doesn’t retain the same magic anymore.