The movie follows a former cop, who takes a job at the school where he worked to confront the gang that he thinks was responsible for his best friend’s death 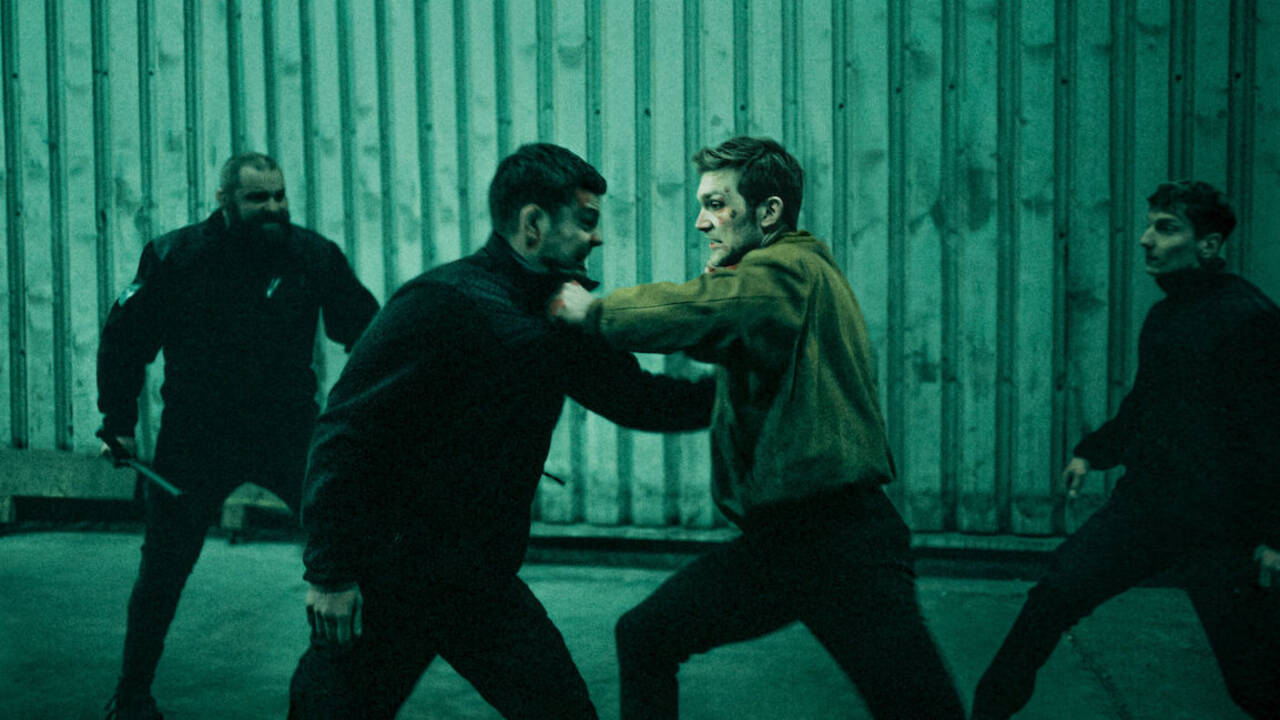 Daniel Markowicz's Lesson Plan has a cold opening. The movie suddenly thrusts us into an action scene, kills a character, and then shows someone haunted by grief. Out of these three things, only the action manages to evoke a slight response, while the other two elements remain alien. This is your cue to understand the logic behind the making of this film. Director Markowicz wants to show off well-choreographed fights. He could have done the same on an Instagram reel because apart from action, he is incapable of doing justice to other ingredients present in this bloody dish.

The soul of Lesson Plan can be found in the scene where Damian (Piotr Witkowski), a "history teacher," takes the children out of the classroom and begins to exhibit his admirable fighting skills. I have put history teacher in quotes because he is not really a teacher. Damian used to be a cop. In fact, he is the man who gets into a fight in the beginning, and it's his wife that dies, throwing him into a pit of grief. Now, Damian is posing as a history professor to eradicate the drug problem in a Polish school. Furthermore, he wants to prove that his dead best friend was not responsible for manufacturing and distributing drugs on campus.

Since the basic premise is out in the open, let's return to the scene where Damian shows off in front of his students. He doesn't know how to teach the subject assigned to him to his students, and no student ever complains about him because he doesn't get to teach them enough lessons. Currently, the kids need to learn how to fight, and that's something Damian can teach them in his sleep. Lesson Plan is also like Damian. It only knows how to execute action scenes and looks for excuses to go into one. No wonder the movie flounders whenever it touches on other things like drama, romance, and friendship.

Here is a lead character who loses his wife and best friend. Do we feel for him? Absolutely not. In an early scene, we see him lying unconscious under the influence of alcohol. The movie thinks this image is enough to tether us to his loss, his pain, and his misery. Needless to say, it's a major miscalculation. What about the students who take combative lessons from Damian? They are equivalent to extras in the background. None of them have any personality, and their friendship comes across as phony. The romance between Damian and Agata (Antonina Jarnuszkiewicz), too, is not so promising. As soon as Agata enters the frame, we confidently declare that she will fall in love with Damian. There is no spark, no real chemistry between the actors. You can blame Markowicz for that flaw, as he doesn't have an eye for romance. Jarnuszkiewicz, however, emerges with some spirit and, performance-wise, proves to be better than almost everyone in the film. In comparison, Witkowski looks extraordinarily bland and seems devoid of acting skills. His idea of acting is to either put on a dour face or a smiling one. Then again, the fault may lie in Markowicz as he doesn't extract good performances from his actors. The characters are a big cliché, meaning they are unmemorable.

Cliché is the right word to sum up Lesson Plan. Predictability is not a problem if the filmmaker uses it with care and respect. But it's the prime issue here because the film feebly goes through the motions. Markowicz employs an archaic framework solely to impress us with hostile physical encounters. Unfortunately for him, after the third or fourth brawl between the bad guys and Damian, the impressively shot scuffles lose their magic and become unbearable. Someone can take out the action scenes, stitch them together and upload the video online on YouTube or whatever. You can watch that clip and save yourself from tedium. Don't worry about the plot. The director himself doesn't care about the p-word.

The scene where Damian meets a student at her house is followed by the scene where he greets a patient at a hospital, and this is followed by the scene where he meets Agata. Take another set of sequences. We first watch Damian kissing Agata, and in the next scene, we see them interrogating a chemist. I mention these moments because they are not coherently connected. The transition lacks smoothness, and the scenes look out of sync with each other. Perhaps, next time, Markowicz would pay attention to other things apart from the action.