Marvel Studios has revealed a new BTS featurette for Moon Knight with fresh footage, which also includes the incredible transformation by Oscar Issac's character into the titular superhero.

"For me, what's really exciting is that it's totally unpredictable," says series star Oscar Isaac in the BTS featurette."Our job was to kind of put a lens on the things that had the most dramatic juice. And ultimately take the mental health aspect incredibly seriously."

The clip also includes co-stars Ethan Hawke and May Calamawy, who play Arthur Harrow and Layla, respectively. "The fun of Moon Knight is getting introduced to a new Super Hero in a new world," adds Calamawy. "The tone is like Fight Club meets Indiana Jones. It's a bit dark at times. To tie it into something so vast and supernatural, it's amazing."

The plot revolves around Steven Grant, a mild-mannered gift-shop employee who suffers from blackouts and flashbacks to another life. Steven realizes that he suffers from dissociative identity disorder and shares a body with mercenary Marc Spector. As Steven/Marc's enemies close in on them, they must manage their complicated identities while being plunged into a dangerous mystery among the great gods of Egypt.

Moon Knight is a violent character that suffers from a dissociative identity disorder. Unlike other superheroes, Moon Knight is willing to brutally attack and injure his opponents. He has even killed them by ripping off their faces or carving crescents on their foreheads in the comics. Moon Knight's bloodied hands aren't the only thing that sets him apart from the rest of the MCU – his power set is related to an Egyptian deity, Khonshu. And it appears that the show will deal gently with Moon Knight's mental health problem.

‘Moon Knight’ will begin streaming on March 30 on Disney+, worldwide. Below are the new posters revealed by Marvel Studios, today. 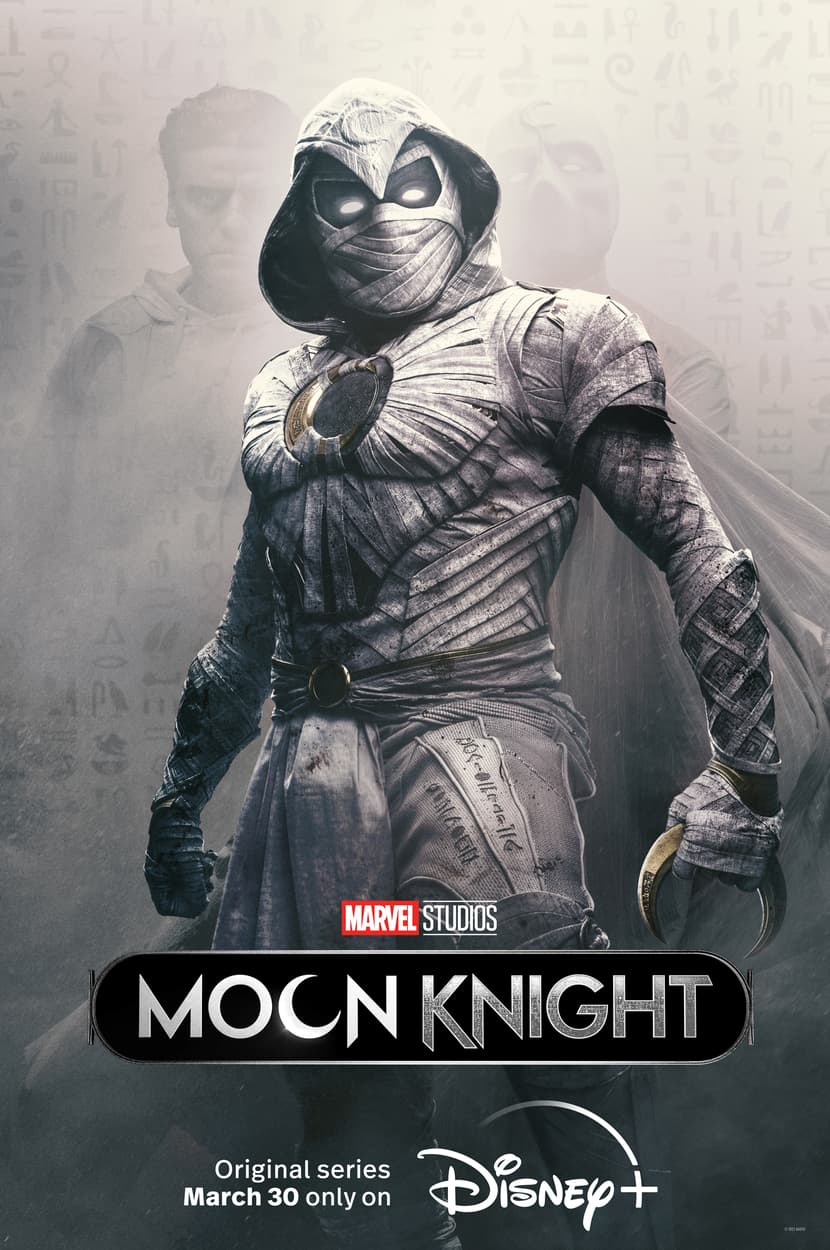 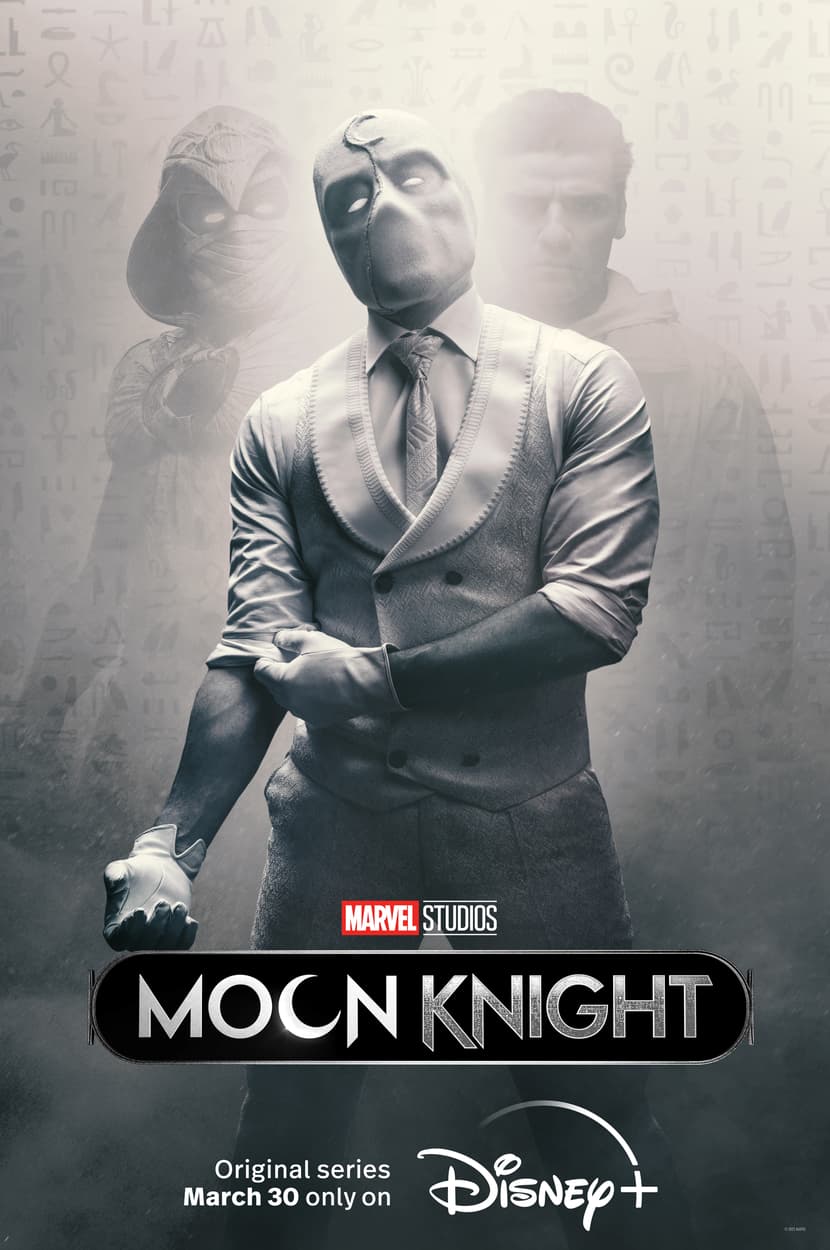 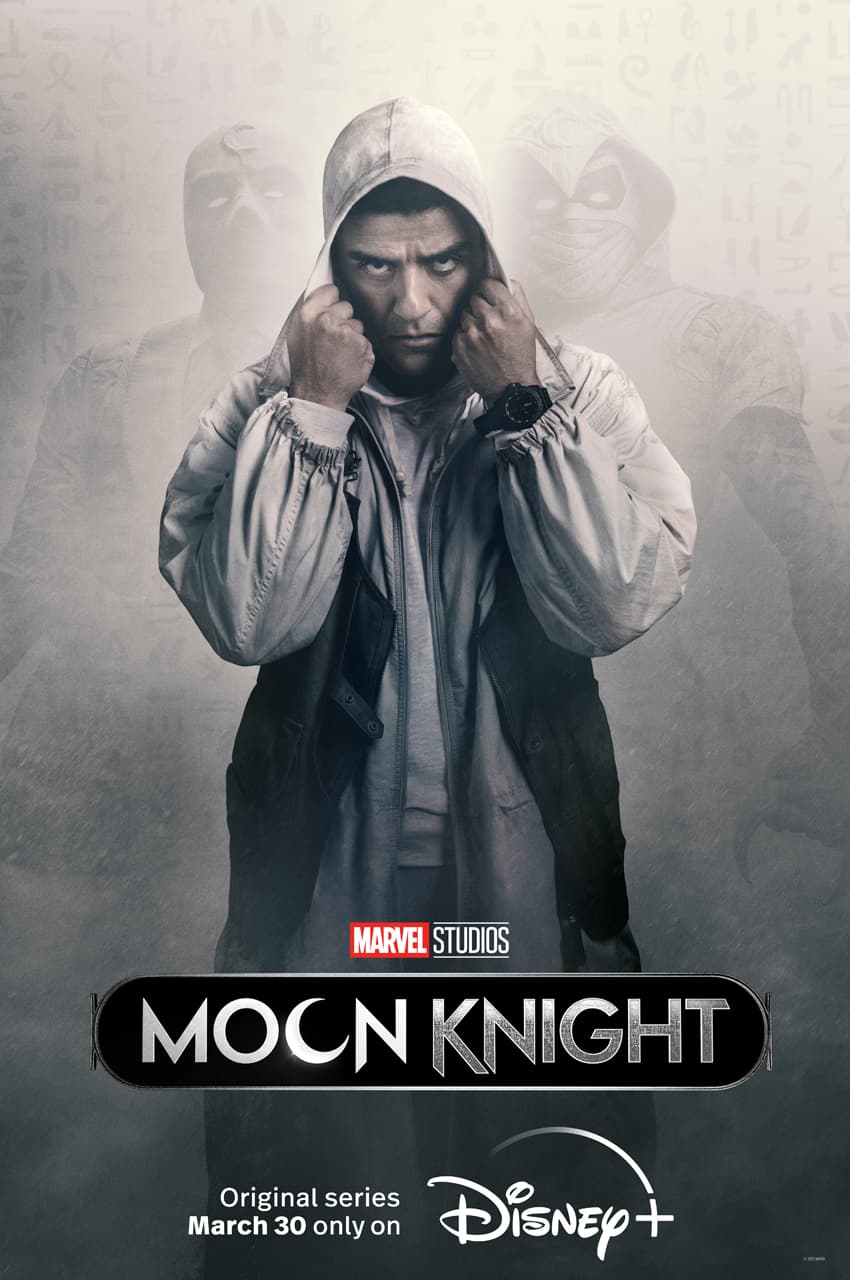