‘Munich - The Edge of War’ Review: A Historical Drama that Takes You to a Scarier Time

The historical drama transports the audience to a time when the most dreadful war was at the brink of the ledge. The movie successfully creates the sense of urgency and immediacy that keeps the viewer hooked till the very end 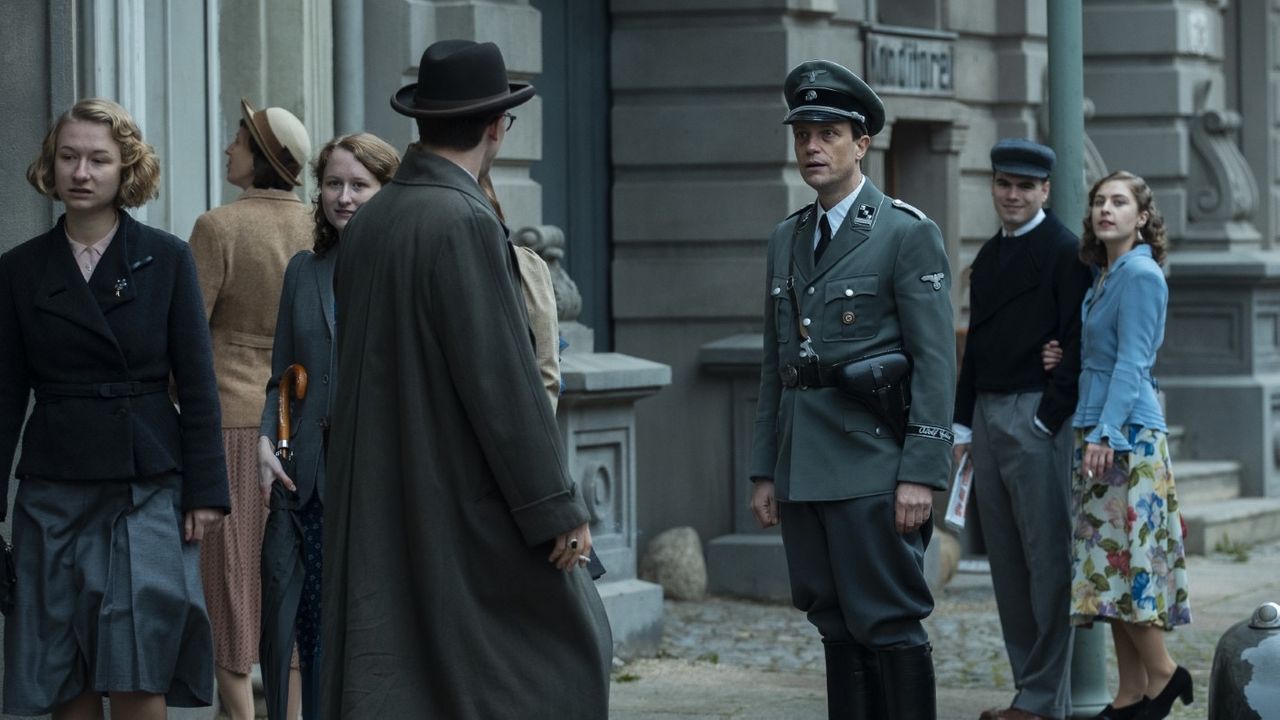 Political fictions are usually an absolute delight to watch. With the ending was known to the audience, the unaware characters’ attempts to change the history (or rather their future) is gripping and interesting.

The recent Netflix released political fiction does the same. Munich – the edge of war is a historical drama that is set in 1932 when World War II was at its onset. Every character in the movie forges to escape this ending and their attempts (although futile!) deliver to its audience the thrill, suspense, a new perspective, and also, a glimmer of hope.

The movie is based on a 2018 novel Munich, written by Robert Harris. The film becomes less of a documentary with the introduction of fictional characters that fit well in the events that are captured in the story.

The terrifying and frightful end, although known to the audience, is not the atmosphere set from the beginning. The story starts with establishing the equation between three friends that help drive the story forward.

One of the friends is a pro-Nazi German, Paul (played by Jannis Niewohner) who later turns to be anti-Hitler upon becoming familiar with his destructive and anti-human policies. The other is a British, Hugh (played by George MacKay). It is through these characters and their attempts that the story progresses to entail the methods to prevent the war.

However, the character that stands out the most is the British Prime Minister Neville Chamberlain (played by Jeremy Irons). It is through him that the audience gain a different perspective of the President is shown in a different light than historical records. Although his attempts were futile, the audience gain insight into his motives, his eagerness, and the risks he willingly took to avoid the war under any circumstance. Jeremy Irons had this sense of authority, calm, and elegance that definitely stole the spotlight.

It is honestly so chilly to see the glimmer of hope for a different ending although one already knows exactly how the events that proceed the film are going to be. The two fictional characters help heighten the aspect of thrill, suspense, and empathy. They become the face of the majority of the public that want to avoid the disastrous war that was to come.

A major downfall however is the lack of screentime for the women in the movie. The cast has some exceptional women characters – Paul’s girlfriend Lena (played by Liv Lisa Fries), Hugh’s wife (Jessica Brown Findlay), and Paul’s lover (Sandra Huller). The women aren’t given sufficient screen time or backstory.

However, the duo of Paul and Hugh is unbeatable, from their bond as friends during their college years to their dynamic while working together to prevent Hitler’s plan from working, their scenes keep the audience on their toes throughout.

The movie also provides spectacular historical authenticity especially in terms of the building. The dialogues in the movie are great. The arguments flow so organically and give the audience the space to sympathize with most of the characters. For instance, the Prime Ministers dialogue –“You’ve got to play the game with the hands you’re dealt.” or Paul’s “Hoping is someone else doing it. We would all be much better off without it” explain best their reason to take the decisions they took. The dialogues complement the acting, allowing the audience to empathize with the most.

Concluding, the movie is a must-watch and can be a source of education about the historical events that led to the war. However, it serves better to be a fictional piece that can be enjoyed as a thrilling watch.