The series is set on the campus of the National Police University, and it portrays the conflict and peace that exists between professors and students 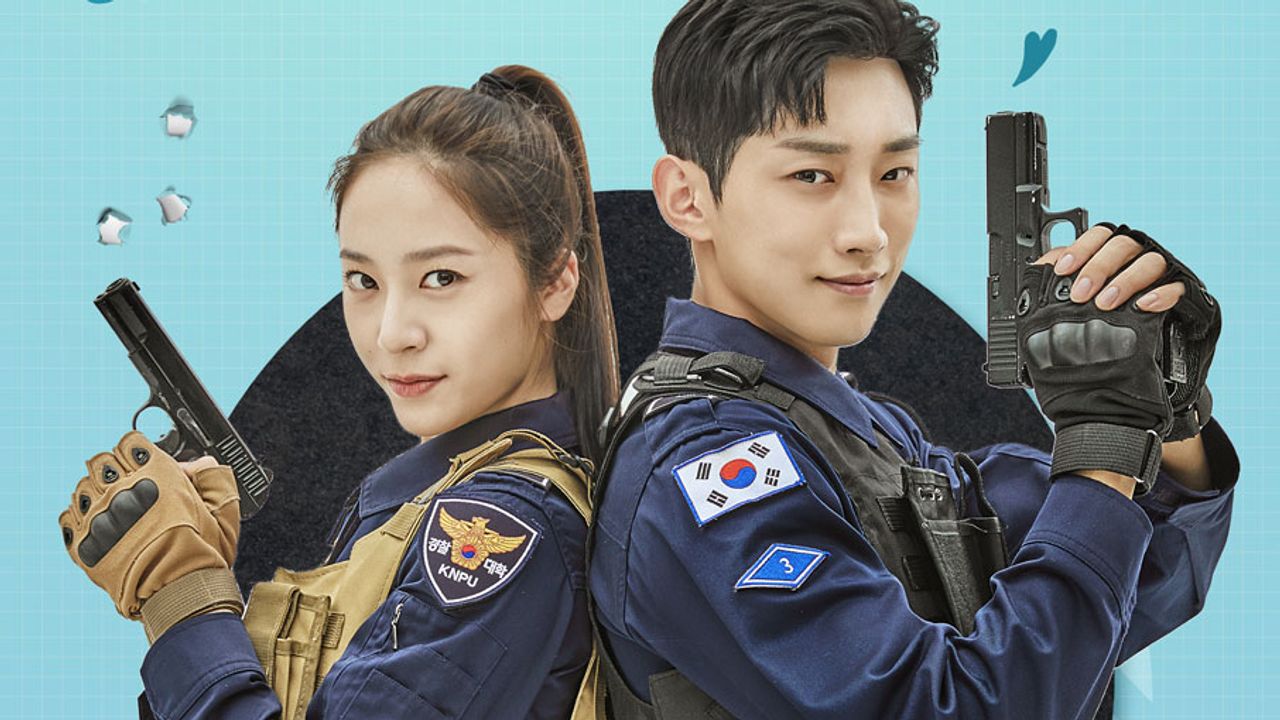 Police University (2021) is a K-Drama that centers around the story of Kang Seon-ho and his adventures in the Police University after his admission, as he is reunited with Yoo Dong-man, a recently ex-detective turned professor for a joint investigation against an illegal gambling site.

Police University (2021) is a fairly light-hearted attempt at the crime and detective genre as it aspires to venture into the theme of cyber-thefts. Unfortunately, it doesn’t hold up either as a gripping drama or as a simple comedy. It suffers from a chronic case of plot exhaustion. The episodes feel very long as it is motivated to squeeze every inch of the script. Events of small magnitude that don’t add much to the plot are there for a considerable amount of screentime as it drags their way out to the very next event. What makes it worse is the fact that each episode has more than an hour of screentime which means the frequency of such events is more than usual, and it can become an exhausting chore to watch.

If we talk about the main threat to both the prominent leads, the idea of an illegal gambling ring, is safe to say, poorly executed. There is never really a tense moment as Dong-man draws closer to revealing the perpetrators behind the whole act as this case leads to his comical downfall in the first place. There was a sense to creating the mystery behind the ‘masks’ but it happens in the most cliched and skeptical way possible. There are rare moments in the show when things get serious, but the problem is the challenge never really lasts that long, and when it does, it doesn’t adjust itself to the adversary but rather remains consonant with the overall light approach as it persistently resists a little change of things.

There is a catch in the story, Kang Seon-ho has been unknowingly acquainted with Dong-man before their complicated relationship in the university. Under the code names of ‘Yoon’ and the ‘Bird,’ they both had known each other previously as Dong-man availed the hacking services the computer wizard had to offer. I think it was a smart decision to make their relationship more complex in this way as both remain unaware of their real identities, yet, they remain friends-like figures on the internet while hating close to hating each other in real life at the beginning.

Hacking plays a very important role in both the plot and the character trait of Kang Seon-ho, but it is portrayed very vaguely and casually. The technicalities should have been better explained and not just on the surface level with no explanation. The same is the case with the activities of Police University as it remains limited in showcasing the physical endurance the students have to suffer through and disregards the strategical and tactical viewpoint of things. Since it infests so much time repeatedly stretching out the little details of the events, one would expect the screentime to be used correctly in a way it contributes the most.

The acting performances, in general, are average at best as they can get a little overstretched in certain segments. Jung Jin-young as Kang Seon-ho is bland in his role as he delivers an uncharismatic performance when compared to Cha Tae-hyun, who comes out on the top despite forming a poor first impression.

Overall, it can be said that it’s a rough ride and certainly an avoidable one.