Trending Now: Adam Sandler to Star in & Produce Netflix Movie ‘You Are So Not Invited to My Bat Mitzvah’ ‘Last the Night’ (Pacerville) Movie Review - A Spectrum of Identity Crisis!‘Mom, Don’t Do That!’ Trailer and Release Date on NetflixSupernatural Prequel Series ‘The Winchesters’ Filming Schedule RevealedNamor and Attuma First Look in ‘Black Panther: Wakanda Forever’ RevealedSci-Fi Series ‘For All Mankind’ Renewed for Season 4 at Apple TV+
Home Movies News ‘Shang-Chi’ Mid-Credit Scene Sets Up Hyperion’s Arrival in the MCU 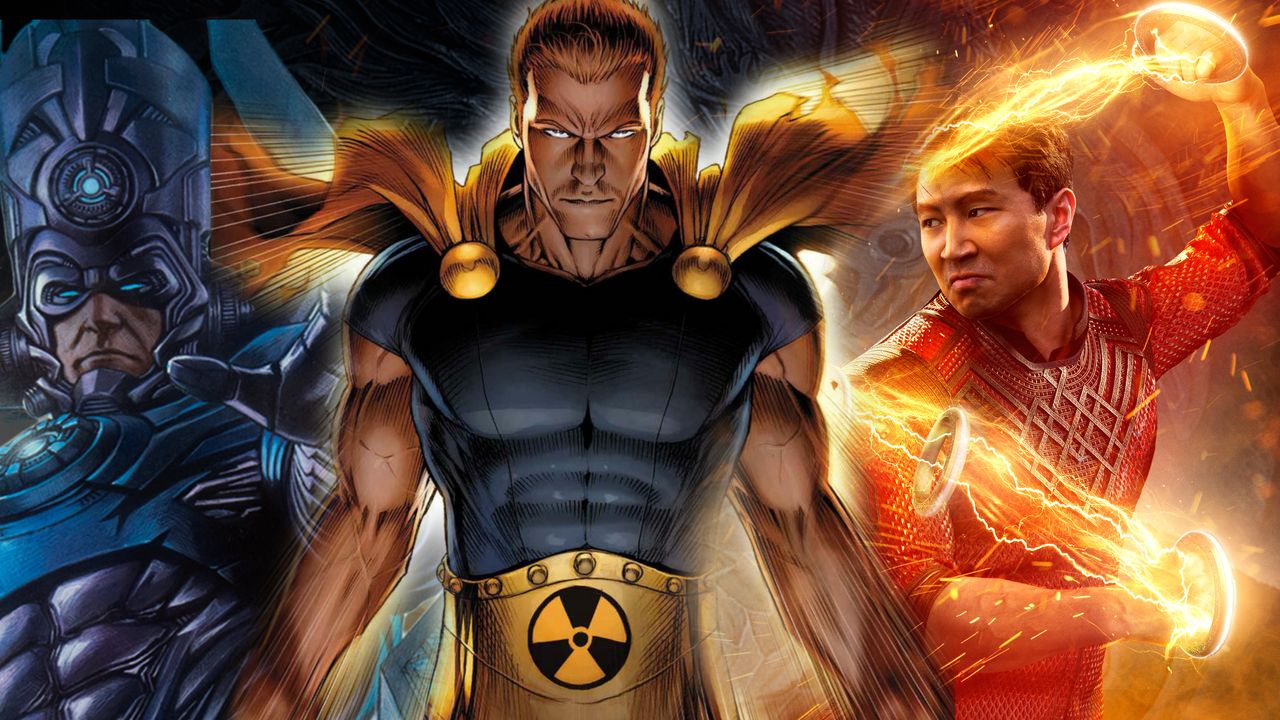 If you have seen Shang-Chi and the Legend of the Ten Rings, then you know that there are two post-credit scenes in the film, which sets up the future of MCU going forward. The second scene towards the end shows Xu Xialing as the leader of the Ten Ring organization, but its scope is likely to remain in the Shang-Chi universe. However, the mid-credit scene seems to have a lot of importance in the whole Marvel Cinematic Universe and has left everyone to speculate about it.

Shang-Chi and the Legend of the Ten Rings ended with Wong asking Shang-Chi and Katy to come with him. In the mid-credit scene, Wong is discussing the origin of the Ten Rings with Bruce Banner, Captain Marvel, Shang-Chi, and Katy. Shang-Chi tells that his father has Ten Rings from the past 1000 years, but Bruce replies, "Their thermoluminescence indicates they are older than that. By a lot."

Wong reveals that Ten Rings are homing beacons transmitting a mysterious message. It was not shown, what was the message or who was sending it to. Also, Shang-Chi asks, "A message to where?" Seems, Nobody has any idea about this message.

So, what could be this message shown in the mid-credit, and more importantly, where does this Ten Rings beacon lead?

This is not the first time we have heard of a beacon playing a big role inside and outside of a movie. Previously I saw it in Fantastic 4: Rise of the Silver Surfer, where Silver Surfer's board was acting as a homing beacon transmitting a message and leading the planet eater cosmic entity, Galactus to Earth. 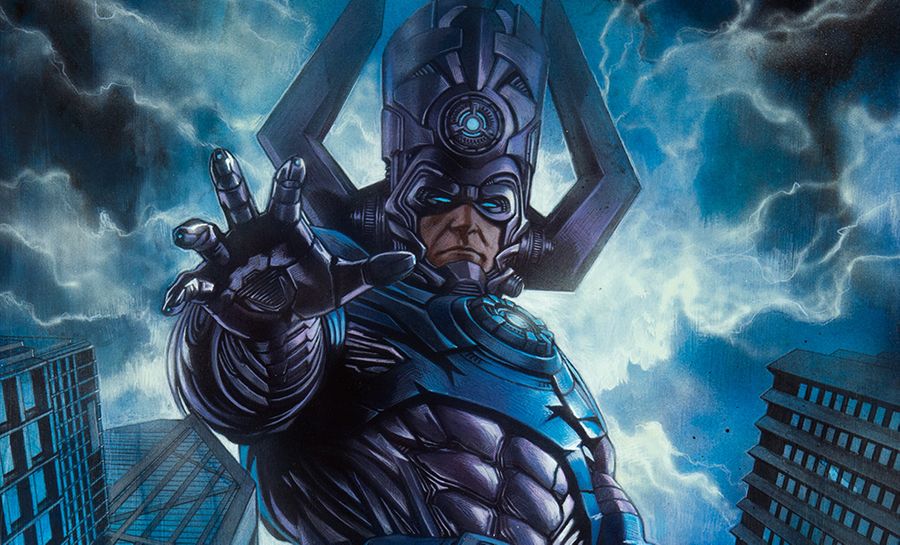 The Ten Rings are similar to the Surfer's board, which was acting as a tracker for Galactus, which he used to find out those planets and finish them. But, are the Ten Rings are acting as a beacon leading Galactus to earth? The answer is no. If we go by Silver Surfer movie, Galactus was arriving within 8 days of Surfer's arrival on any planet. The rings are thousands of years old, which means it is something else.

The Ten Rings are thousands of years old, and if we go by Bruce's analysis, they are around the age of Eternals on earth, which is 7000 years old. It means that Ten Rings could be related to the Eternals explaining why Mandarin was not aging since he got the hold of the Ten Rings as Eternals are immortal.

So, again the question arises, who is the original owner of Ten Rings, and why is he not claiming it back. The Eternals in the present MCU have not mentioned any such rings, so, clearly, it doesn't belong to them. So, is there any Eternal who could own it but he is not in the present universe? The answer leads to an Eternal from an alternate earth, Hyperion.

According to this theory, the Ten Rings could be a homing beacon for Eternals that time has come for the birth of a new Celestial, and the planet will be destroyed in the process. But, the Ten Rings are not part of this universe, so its message was going to Eternals in another universe. This opens up the possibility of Hyperion's entrance into the Marvel Cinematic Universe.

Thanks to "Loki," we all know, Phase four of the MCU is gradually moving towards a full-blown Multiverse saga, and Hyperion can be the best entrance as he has a history of dealing with the multiverse in the comics. 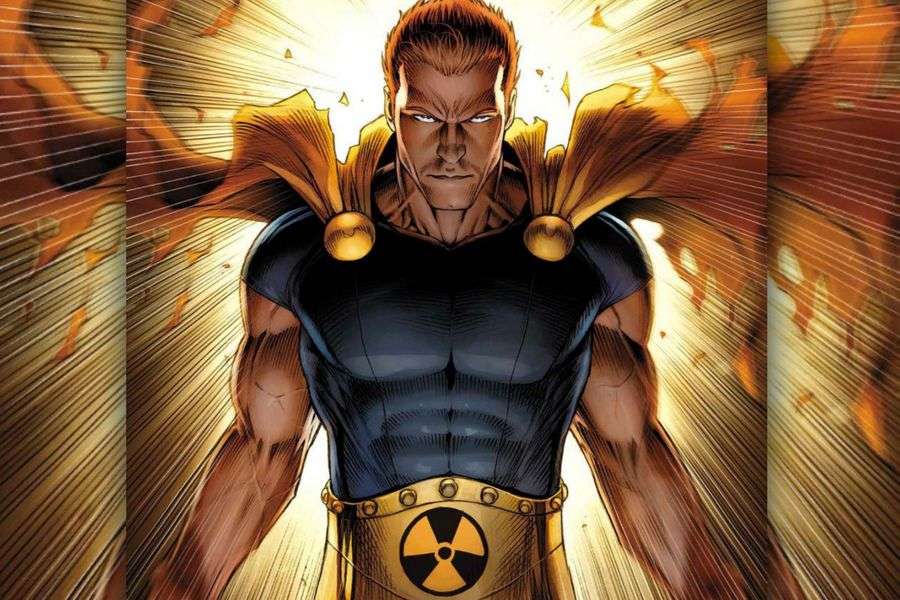 The first Hyperion, Zhib-Ran, was a member of Squadron Sinister, a team created by the Grandmaster to fight against a team of Avengers gathered by the time-traveling Kang the Conqueror. We all know Kang is the one, who will dominate the multiverse saga, which could extend up to Phase 5 or 6 of the MCU.

Another Hyperion was sent to his Earth as a newborn baby, the sole survivor of a dying race of Eternals. He was raised by a man called "Father," who gave him the name of Marcus Milton and taught him social values. As an adult, he took the name Hyperion and joined the Squadron Supreme to safeguard the globe. When his reality crashed with another, Hyperion was the lone survivor drifting around in the space that had been his world until he was brought into the Earth-616 universe by a group of A.I.M. scientists (Advanced Idea Mechanics).

We all know that ‘Spider-Man: No Way Home’ will see the collision of multiple realities confirming the existence of the Multiverse on Earth-616. So, what will be a better time to introduce Hyperion in the MCU.

In the comics, Hyperion is inspired by DC's Superman, and he is comparatively powerful than Ikaris (Eternals). The alternate versions are each from a different dimension of the Marvel Multiverse and consist of both heroes and villains.

Let us know your thoughts on this theory and also if you have any theories regarding Shang-Chi post-credits.