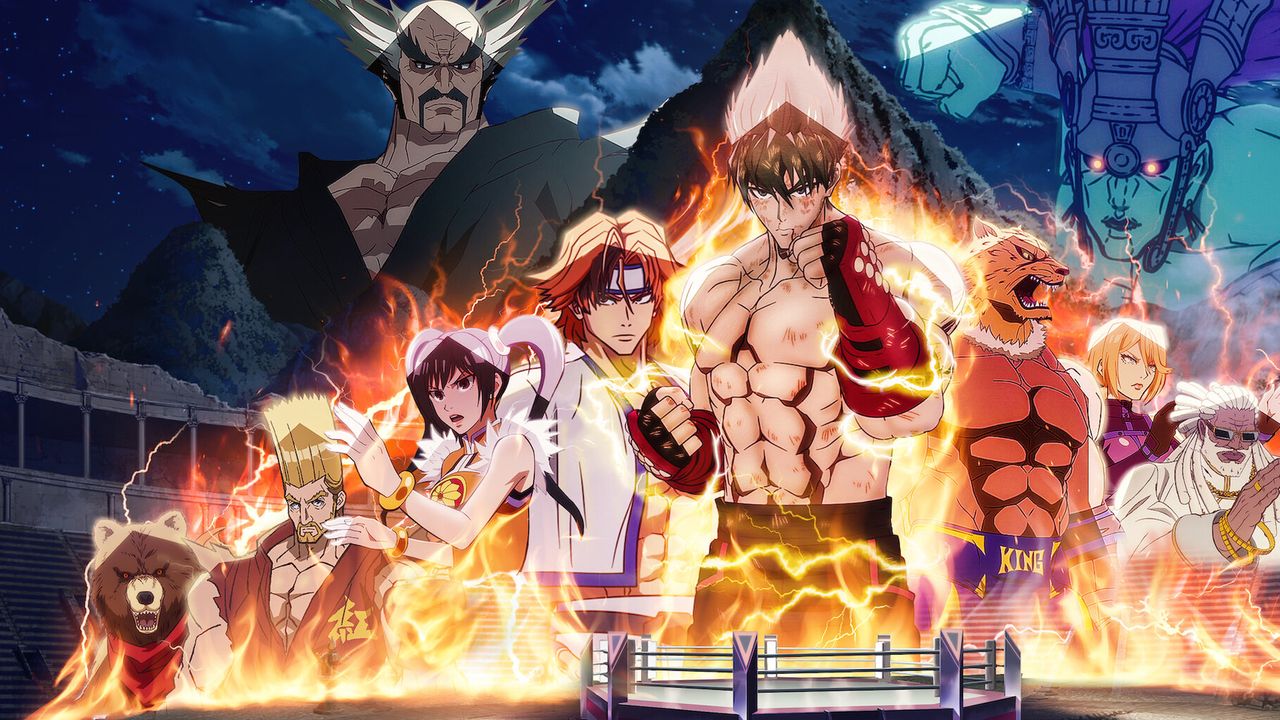 Tekken: Bloodline (2022) is the latest anime series released on Netflix that is adapted from the popular fighting game franchise ‘Tekken’, which follows the story of a young boy named Jin Kazama, and his desperate bid to become one of the best fighters in the world after the tragedy that befell him during his childhood.

The series takes most of the source material for the plot from the video games Tekken 2 and Tekken 3 as it begins with the story of a peaceful life Jin once had, living alongside his mother, Jun Kazama, who trained him about the clan’s fighting style. Their quiet lifestyle is abrupted due to the mysterious presence of the ‘green monster’ called the Ogre, who destroys their home and takes the life of Jun Kazama. Distraught by the overwhelming reality, he seeks to search for his grandfather, Heihachi Mishima, a legendary seasoned fighter considered the very best in hope of getting revenge against the Ogre.

I was impressed by the series action execution as it understands the Tekken game community and implements the ideals of the video realistic action fights with the dramatic combo system unique to each fighting style. What essentially made the games popular was the extent to which the players were able to have control in each aspect, generating a variety of moves that made each fight authentic. The same fundamentals are brought back in the anime platform that doesn’t mess around and brings the joyful feel of the action, with the difference in the fighting style of each player complementing well regarding the matchup of the opponent. It is almost like a game within the game itself, as the symbolic player control is replicated giving off the immersive impression of navigating the arrow keys to command, very much feeling like a part of an immersive speculative experience.

I loved the animation style that is slightly different from the source material, but not different enough to become unrecognizable. I actually cannot imagine the show working out this well with any other animated style, that is essentially suited to its selling point the action, which is not unnecessarily included, and for the most part, serves the purpose of the story. There are also interesting parallels between the same opening sequence in each episode, which I thought was a pretty good touch.

There is a lack of substantial plot, which is evident, especially in the King of the Iron Fist Tournament which brings together a lot of different character profiles, but only a piece of limited information is provided, that too of only some of them. Overall, concept-wise it is very simple, and is decent in its execution., but that is not what you judge a series on, its main attraction remains the authentic fighting experience.

I feel like this series can be enjoyed even by those unfamiliar with the franchise, it is certainly impressive in some parts that hit the right chords. However, the last episode was a dealbreaker for me, because the series forgets its originality and becomes a fantasy drama that just doesn’t bode with me after the experience of the raw fighting in the first five episodes.