‘The Boys’ Season 3 Review: Butcher and Homelander Go Crazy in the Craziest Season Ever

In Season 3, The Boys discover a mysterious anti-Superhero weapon, sparking a conflict and chasing the tale of the first Superhero: Soldier Boy "The Boys" is known for extending the range of superhero shows that no previous comic-book adaptations were able to achieve. The second season of The Boys took it to the next level, and now Season 3 has made it reach even further and beyond.

Without any doubt, The Boys Season 3 is the craziest among all the three seasons and perhaps all the comic-book adaptations on TV. You just can't imagine what you are going to see starting from the first episode, and I mean it, you won't see it coming, and it will not only surprise you but perhaps make you roll on the floor, and force you to say "WTF I just saw," and you are just 20-30 mins in the first episode.

The first episode, Payback begins with the "Dawn of the Seven" movie premiere, which has something surprising for the fans. Butcher has not changed his mission from the previous season, which is going after the supes. But he is working for Hughie (Government), who thinks his approach of going silently after the supes is much more effective than Butcher's all-out attack. Without spoiling much, the first episode makes a perfect return for the Boys. It is hilarious, perhaps the craziest, and one of the best episodes this season.

The much-awaited Jensen Ackles finally appears in the third episode as Soldier Boy in a flashback, along with Laurie Holden as Crimson Countess. Both are not what they seem to be, and you will probably find out after watching the episode. But as soon as Soldier Boy arrives in the cold war between the Boys and the Seven, the third season goes for a wild ride.

The first episode starts with a bang, the second and third tone down a bit, and it again picks up with episode 4. Starting with episode 5, it's all bang-bang. It has action, comedy, twists, and tons of cameos that you might not see in any other show across the different platforms and channels. 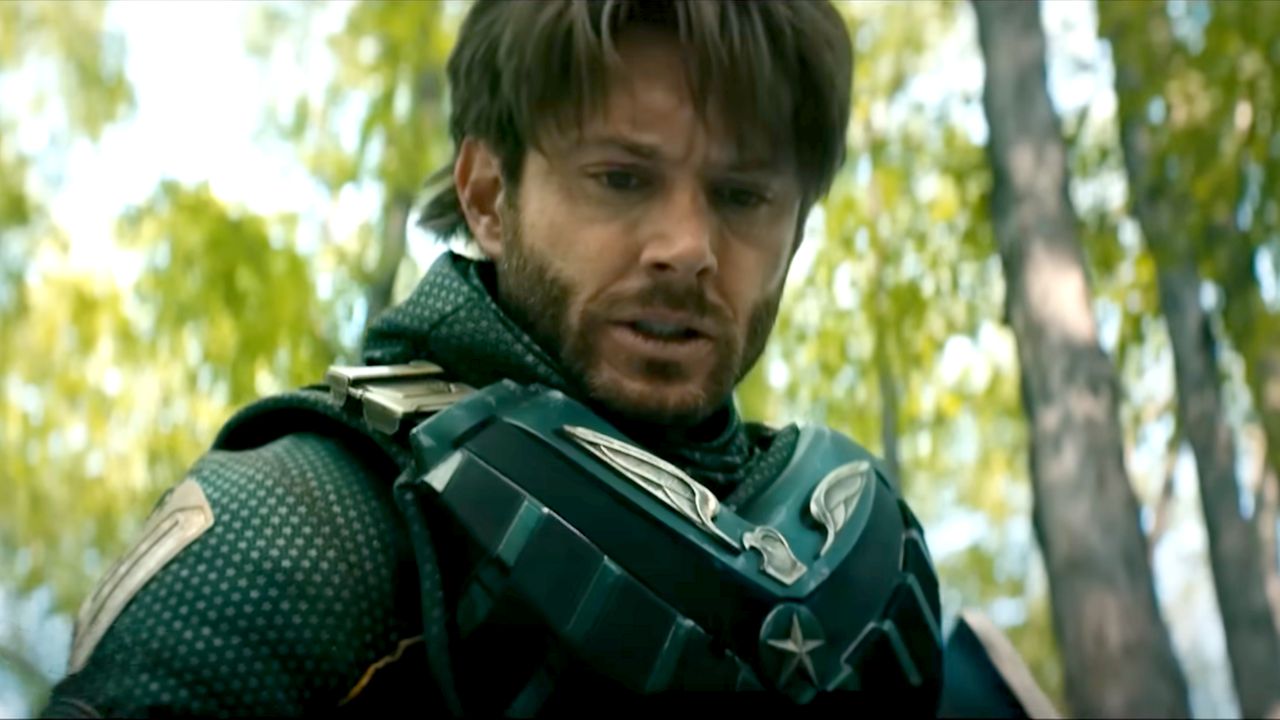 The trailer already revealed Butcher taking Compound V and getting temporary superpowers, but he is not the only one. Hughie also gets those powers, and it's hilarious how he manages it. However, Hughie is the one taking most of compound V for temporary superpowers. The whole season transforms Hughie into a more mature person as he finally moves on.

Season 3 is mainly about the battle between Butcher and Homelander, and both of them take it to the next level with the active involvement of Ryan. Homelander is probably at his craziest level in this season, and whenever he smiles, it appears something terrible gonna happen. There are a bunch of action scenes and deadly fights between Butcher and Homelander. Homelander is still strong, but Butcher is no less with his newfound temporary superpowers. These scenes are one of the best fight scenes, and I would like them to compare with the fight between Iron Man and Captain America in Civil War.

In my opinion, the only disappointment was in the Herogasm episode (scene). There is nudity, a lot of sex scenes, and competition, but still, I felt it lacked something. However, it might be only me having this take as I am sure fans will like it. Overall, the episode was pretty good. There were a few revelations, some shocking deaths, and one of the biggest cameos ever. Season 3 may be confusing for some viewers in terms of determining who is playing with whom, what the protagonist's motive is, or who the protagonist is.

Season 3 has everything - satirical stuff, live musical performances, a lot of supes, Kisses, OnlyFans, and Instagram. Almost every episode has one big cameo, and they all will certainly surprise you. There are a bunch of deaths, and one of the main characters dies in the finale. However, this is not the end as the finale perfectly sets up a Season 4. I am sure Billy Butcher will be angrier in the next season.

My Score: [9/10]
Note: All eight episodes of the third season are screened for this review. However, I was given a screener copy that has unfinished CGI (several Green spaces as well), so this review doesn't comment on the quality of CGI and visuals.