In Season 5, watching Elizabeth Moss and O-T Fagbenle deliver heartbreakingly honest portrayals of their characters coming to terms with such reasonings is a treat to watch 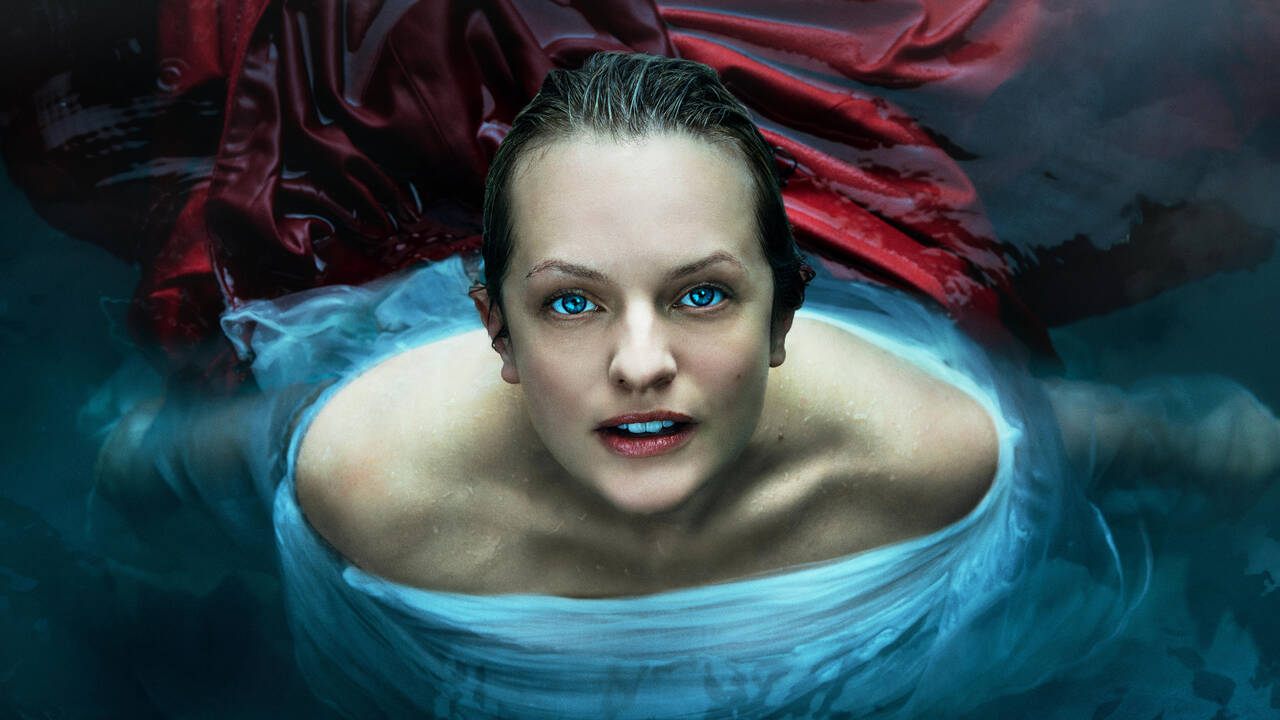 One of the more surprising events of season five happened before filming began. With Alexis Bledel (Emily Malek) announcing she is not returning; her departure is addressed early in the series. After June and the other handmaids kill Fred, June is left looking for Emily. Sylvia (Clea DuVall) explains that Emily has returned to Gilead after killing Fred Waterford, to take up the fight for others repressed and trapped there. Performance-wise, Sylvia’s goodbye to Emily seems wooden and, in some ways, you cannot help but compare her grief to Serena’s. Where Serna is blind with rage, Sylvia does not seem phased by Emily returning to Gilead, despite both her and June understanding it is a death sentence for the former handmaid.

The first eight episodes are almost flawless. It is everything The Handmaid’s Tale has been in the past, an incredible, well-thought-out slow burn with many characters coming up to the forefront. From Luke Bankole taking a more active role within the series and Mark Tuello proving to be a pivotal character in the show, series five certainly has upped the stakes. In the previous seasons, Tuello has been mostly paired up with Serena Joy, and given the chemistry between them, you do not have to wonder why. This time, Tuello’s cleverness is showcased through his various interactions and almost verbal sparring with other characters which is a treat to watch. While Tuello fights for what little is left for his country, Commander Lawrence starts to put his own plans in motion for his new country, and the comparison is brilliant. Commander Lawrence’s ambitions know no bounds and just when viewers think he is a character we can root for, Commander Lawrence reminds the viewers repeatedly as to why he was such an integral part of Gilead’s uprising. Bradley Whitford is already a phenomenal actor, and this is perfectly displayed in a certain monologue, expressing the character’s reasonings, feelings, and hopes for why Gilead came to be and how it should grow. Tuello and Lawrence almost seem as if they are different sides of the same coin.

Speaking of growth and changes, now that June is out of Gilead, we are given a little more insight into how the country functions. Of course, the traditional ways of Gilead are still upheld with Handmaid being raped and tortured while the men have a hold on their authoritarian rule. As we explore Gilead a little more, Commander Putnam and his wife Naomi are at the top of the game, and oddly still, they have enough power to pick their own handmaid, completely bypassing the Aunt’s usual process of assigning a Handmaid to a household. Of course, there are other details such as new colors that will be presented this season.

From the very beginning, colors have played an integral role within The Handmaid’s Tale world and that of Gilead. It symbolizes a woman’s station and their roles within the totalitarian theocracy. All handmaids are forced to wear long, loose deep red dresses with matching cloaks while the Commander’s Wives wear teal, all cut in sophisticated, tailored dresses. The Martha’s were a very dull and muted green while the Aunt wore brown. Without going into any spoilers, a new color is introduced into the world of Gilead and its stations; purple. How it is introduced is remarkably interesting.

While Gilead is evolving on American soil, Serena Joy Waterford is doing everything she can to raise her profile within Toronto. Her pregnancy is the miracle that many others are buying into, offering her more support and candlelight vigils along the street as Serena Joy starts to move Gilead’s influence throughout Toronto and it comes at a pivotal time. Canadians are starting to grow tired of hosting their American refugees. There are various, outright hints to this from the anti-refugee protests that start to Canadians riding through the streets where the refugees live, blaring their care horns as they make their feelings known. It is an interesting take on how the Canadian people feel, but in truth, this feels like the only part of the season that feels a little rushed, if not randomly inserted. Considering, that only the first eight episodes were given, so more clarity and importance may feature in the last two episodes. 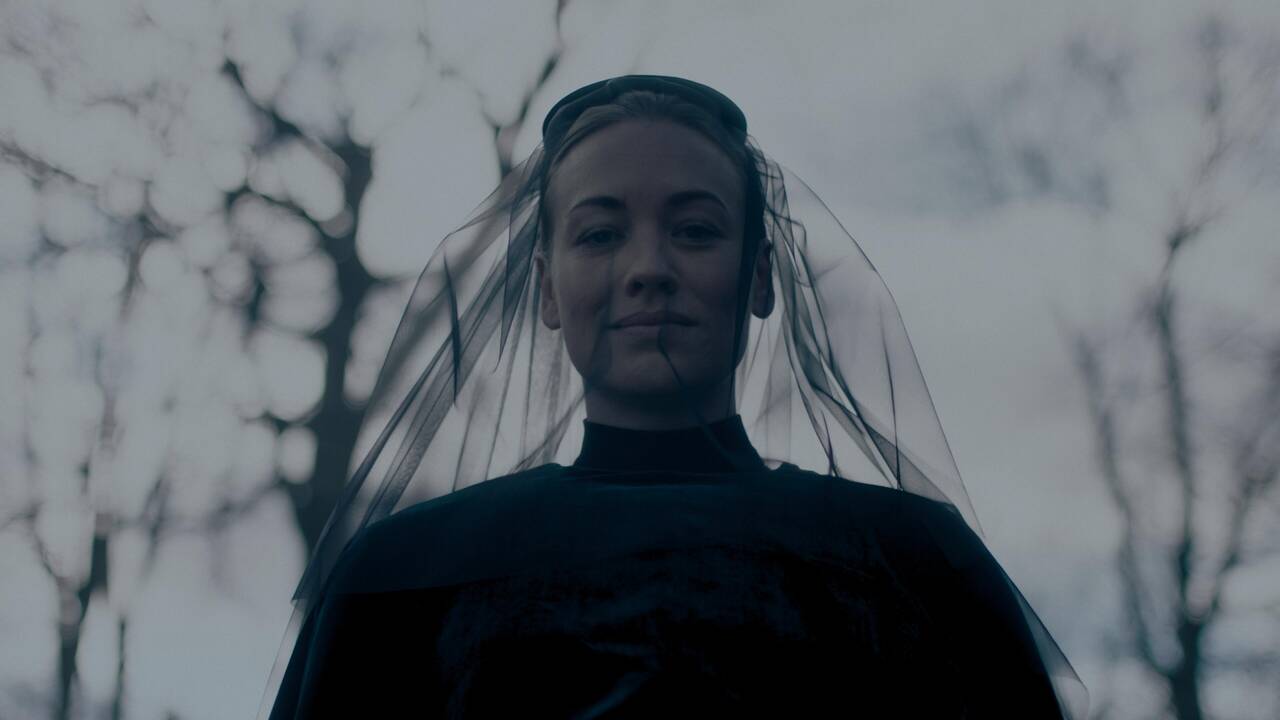 As Canada proves to not be as welcoming as previously shown, a dynamic that has not really been addressed in the past few seasons is that of Luke, Moira, and June. Luke and Moira made life in Toronto before June and in a way, they had made a family with Nicole. Upon the arrival of June, Moira seems to struggle with having her best friend back in the picture. From her overbearing presence whenever June tries to bond with Nicole alone to Moira’s judgment of June’s reaction to trauma, Moira seems as if she is perplexed that June is not behaving like the perfect victim Moira clearly painted herself to be. On the other hand, Luke Bankole often says he could never understand June’s trauma but rather than belittling her or judging her, he simply listens. He voices that he does not agree with her methods, but he does not judge, something you would think Moira would do as she had a taste of what Gilead had done to women.

One of the many criticisms The Handmaid’s Tale received over the years was June’s decision to stay in Gilead despite the multiple times she had to escape. It is addressed and while I was one of those critics, watching Elizabeth Moss and O-T Fagbenle deliver heartbreakingly honest portrayals of their characters coming to terms with such reasonings is a treat to watch. For me, it finally puts an end to that age-old question of why she did not just leave! We all know the reasoning behind June’s choice to stay but to hear her voice it and to someone as significant as Luke has such an impact, hopefully, that question never gets asked again.

Some may have worried how long Hulu could drag out The Handmaid’s Tale but after watching these first eight episodes, it is clear the showrunners have a clear direction for this show, even past season five. I could see The Handmaid’s Tale lasting a least another season, longer given how well thought out season five seems to be.

The very few criticisms I have for season five is Canada’s sudden U-turn on American refugees but also the sympathy and oddly praise Serena Joy gets during her time within season five. The character has done some horrendous things yet sometimes you get the feeling that the writers are working overtime to get Serena Joy whatever sympathy they can get from the audience, but it is ignored given all that character has done.

Overall, series five is a fantastic addition to the season and honestly, probably one of my favorite seasons so far. Characters get to voice the frustrations they have felt from the earlier seasons while others finally come forward and showcase just how brilliant their characters are. This season is very reminiscent of season one, helped with brief flashes from the past season. It is as if there are echoes through time, washing over everything in season five and I can not wait to see how the season pulls together in its final episodes.

Final Score- [9/10]
Reviewed by - Leigh Doyle
Note: The first eight episodes of Season 5 are screened for this review.
Premiere Date: September 14, 2022, on Hulu