Trending Now: ‘She-Hulk: Attorney at Law’ New Clip Teases Grandmaster and Skaar’s Arrival in the MCUNetflix ‘Locke & Key’ Season 3 Review - The Locke’s Continue to be the Trouble MagnetsAction-Thriller Series ‘Narco-Saints’ (Suriname) Gets Trailer and Release Date on NetflixNetflix ‘School Tales the Series’ Review - The Tale of Belief‘Heartsong’ (Gönül) Netflix Movie Review - Not Fit For This Era7 Tips on How to Find Gaming-life Balance
Home TV Shows Reviews ‘The Sandman’ Netflix Series Review - Dreams and Nightmares Prey on the World

The series follows the people and places affected by Morpheus, the Dream King, as he fixes the cosmic and human mistakes he has made during his vast existence. 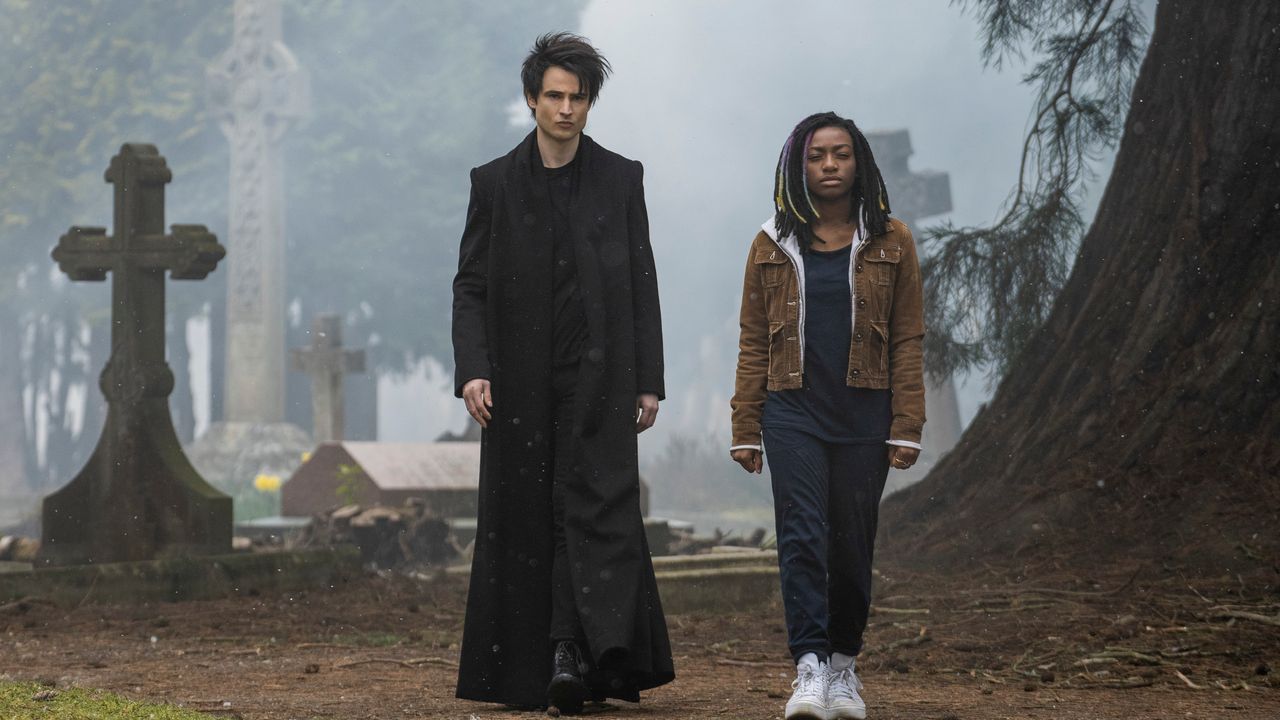 The Sandman, based on the comic of the same name by Neil Gaiman, has been developed for Netflix by Gaiman and centers around Lord Morpheus of the Endless (Tom Sturridge), the King of Dreams who is also referred to as Dream and The Sandman. The season begins in 1916, with Morpheus, one of the seven Endless, being captured by an occult ritual that was seeking Death. Dream is captured for 106 years, where he sits exposed in his glass cage as the years pass him by. Upon escaping, Dream sets out to reclaim his lost equipment and restore his kingdom to its former glory.

During season one of The Sandman, we follow Dream through his endeavors. From seeking out his tools that were stolen by Sir Roderick Burgess (Charles Dance) and traded away through the years. It does feel as if the season is unnecessarily split into two with the first few episodes focusing on Dream getting his tools. Within these first few episodes, Tom Sturridge consistently shows his range of acting. Shockingly, in the first episode, it is surprising how little Sturridge has of the script but does so much with his body language. Sturridge brings an emotional depth to Dream that could not have been accomplished by many others. From his despair of being without his tools and feeling weak to a final scene with the Collectors, and really any time Dream passes his judgment, will have you enthralled.

Within the first part of the season, we are introduced to a variety of characters, some of that does get lost within the season. The standout, aside from Sturridge, would have to be Corinthian (Boyd Holbrook), a nightmare that had escaped the Dreaming and wishes to unleash the nightmares into the real world, also known as the Waking world. The only complaint I could find with Corinthian is that there is not enough of him. When Corinthian and Dream have scenes together, more so towards the end of the season, it is a joy to watch. There is no need for the over-dramatics with confrontations in this series and it's perfectly executed with the script and acting from Sturridge and Holbrook.

The Sandman is more than just a comic adaptation. It tackles themes of loss and grief but also identity, all perfectly personified within Dream but also in his creations, both dreams, and nightmares. It also highlights the value of hope and how everyone has a right to dream and the consequences when those dreams lean too far into reality and the limits of dreams.

One of the main problems with The Sandman is its lack of pacing and identity. It feels as if the season is split into two, with the first half focusing on Dream finding his tools but then the second half introduces new villains and a new problem for Dream in the shape of a Vortex. In truth, it would have been better if season one focused on Dream gathering his tools and dealing with his crumbling kingdom. The first part of the season really does underuse its villains, like Corinthian, while dedicating a whole episode to Johanna Constantine (Jenna Coleman) who has little to no impact outside of her episode.

Overall, The Sandman is an interesting watch, more so when it brings more human elements into the show. From the question of immortality and the value of human experience perfectly shown through Hob Gadling (Ferdinand Kingsley) to the poignant scenes with Death (Kirby Howell-Baptise), the show does not take advantage of the excellent acting and depth these characters bring. Should it be renewed for a second season, hopefully, the main plot has a clearer direction.

Final Score- [7.5/10]
Reviewed by - Leigh Doyle
Note: All the episodes of Season One are screened for this review.