The fiction film follows the tumultuous private life of the Hollywood legend, and the price she paid for fame 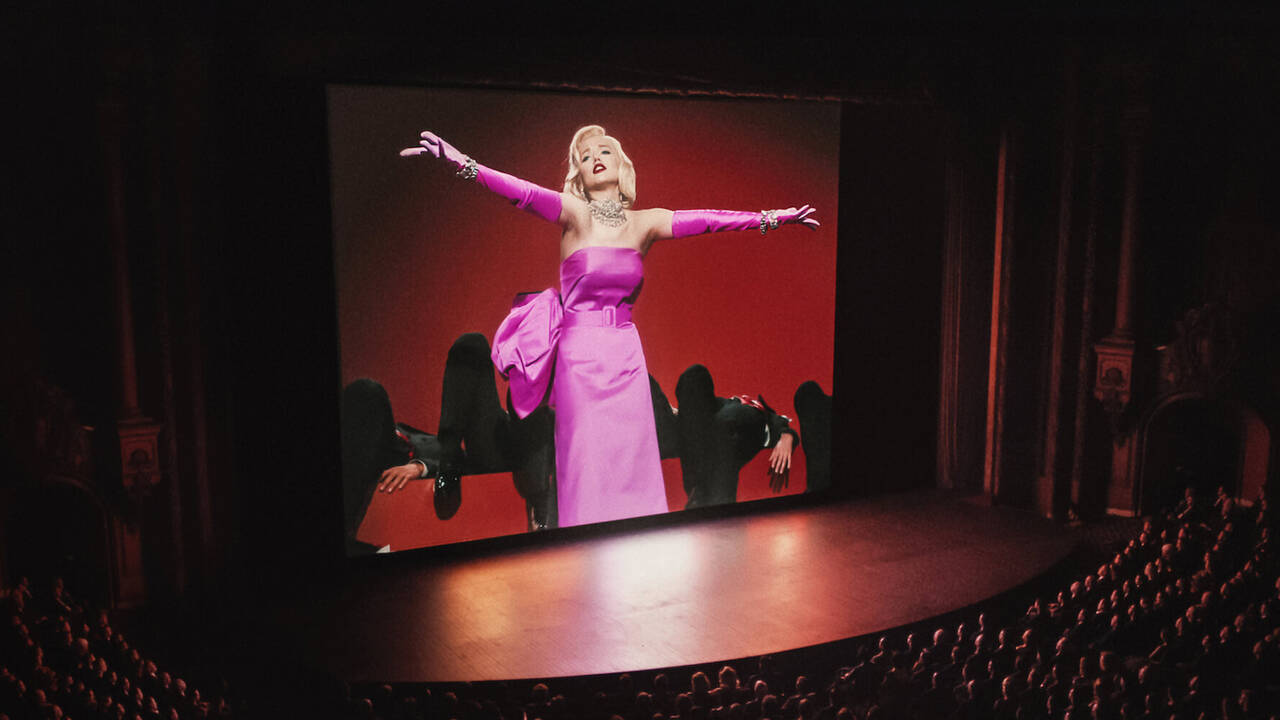 Andrew Dominik's Blonde, based on Joyce Carol Oates' novel of the same name, sees Marilyn Monroe as a tragic figure who never rises above sadness. The movie is about her rise and fall, but its graph remains fairly consistent: A straight line, from beginning to end, containing and carrying nothing but a plethora of desolation. In a scene near the opening, a mother drives her daughter in the direction of the fire. She is Gladys (Julianne Nicholson), and the little girl is Norma Jeane (Lily Fisher). The fire, at first, is reflected on the windshield. However, it soon (figuratively) enters inside the car when the mother starts to beat her child. The mood and the sight are both upsetting, and this quality only increases when Gladys attempts to drown Norma in a bathtub.

Yet, the moment where Norma experiences great pain arrives when she cries, "I am not an orphan," in the backseat. The screen turns black and white, and the two back bars on the left and the right feel confining. This turns out to be one of the many great pains Norma would go through in her life. When Norma grows up and becomes Marilyn Monroe (Ana de Armas), she auditions for roles in films. The movie industry, run by sexist and rapey men, further demeans her. The directors see her as a sex object, focusing more on her bosoms than brilliance. Casting couch lands her in films, but the roles she gets to play don't excite her. In one of her auditions, she not only moves the men with her acting but also makes them uncomfortable. When the director is asked about his thoughts, he comments on Marilyn's ass as she walks out of the studio.

Dominik plays around with aspect ratios, though not meaninglessly. If the two black bars on the sides add to Marilyn's suffocation, then the 2.39: 1 ratio is used for foreshadowing at one moment. When we first hear "Marilyn Monroe," the screen briefly expands to a 2.39: 1 ratio to foretell that this name will soon become a part of cinema and appear on the big wide movie screen. Blonde often changes from color to black and white, and after a while, it all looks the same to your eyes. As the movie progresses, you become immune to the despondent tone. You accept this story will continue towards tragedy and unhappiness, leading you to watch it with cold detachment. It makes sense that a little bit of cheerfulness is released in the scene where Marilyn looks in the mirror and screams, thinking she has died. Blonde is so gloomy that even comedy is made to go through a deathly remark to come up on the screen.

Given her lustful appearances in the media and movies, one of Marilyn's husbands gets pissed and orders her to take up meaningful and decent roles in films. Many men come and go from her life, but none of them are able to stay permanently. It's not that they don't try. Consider Arthur Miller (Adrien Brody). How supportive is he? Take the scene where some guests come to visit this couple. When Arthur goes to the kitchen to convince Marilyn to come out to the beach, the camera tries to isolate her from him. Whenever that happens, he comes into the frame from the right side. In other words, Arthur does his best to comfort Marilyn. But the movie heads toward the path of loneliness. This is why it ends with the camera lying on the floor as if finally succumbing to depression and defeat.

Marilyn looks at herself in a movie and says, "That thing up on screen isn't me." "That thing" is glamorous and sings and dances happily because that's the Marilyn people pay to see. The Marilyn in front of us is so melancholic she wouldn't have been a hit with the audience in this movie. We imagine movie stars to be wealthy, but by the end, all Marilyn seems to possess is just an illusion of wealth. She frantically searches around her luxurious home for money as a delivery boy waits outside. She finds a note and holds it high in the air like a trophy. Actors live a dual life. They wear one personality at home and another in public. In one of the final shots, we notice two Marilyns lying side by side. One remains unconscious while the other looks at us and smiles. The former has buried herself in pills and drinks, but the latter performances for us - the audience.

Dominik is not always successful in his stylistic choices. The one where he has a pregnant Marilyn talking to her baby is unintentionally funny. The director makes a weird choice of using too many shots of a baby in the womb. It works well the first time as it informs us about Marilyn's pregnancy, but after that, it just feels quite unnecessary. I don't have many gripes. I liked Blonde and was always engaged with it. It has come to my notice that Blonde has divided critics (currently, it's sitting at 50% on Rotten Tomatoes). Well, consider me to be on the positive side of things.