Trending Now: E-sports and Its Development‘Vampire in the Garden’ Netflix Series Review - In search of Paradise and Co-ExistenceMarvel Studios Reveals Cast and First-Look Image of Disney+ Series ‘Echo’Netflix Geeked Week 2022: The Sandman, Shadow and Bone Season 2, and What More to ExpectBlood and Flesh Fly Everywhere in ‘The Boys’ Season 3 New Trailer‘Night Sky’ Series Review: An Intriguing and Heartwarming Story Wrapped in Mystery
Home TV Shows News ‘Deadly Class’ is One of the Best Comic-book Adaptations, Unfortunately, It Didn’t Last Long

‘Deadly Class’ is One of the Best Comic-book Adaptations, Unfortunately, It Didn’t Last Long

Created by Rick Remender and Miles Orion Feldsott, ‘Deadly Class’ revolves around King’s Dominion, the school of deadly arts where students are trained to become assassins and crime boss While I still cannot express how much disappointed I was after the show got canceled after such an eventful finale and a cliffhanger ending, I do not hesitate to say that ‘Deadly Class’ is one of the most accurate comic-book adaptations I have seen.

The reason behind the cancelation of ‘Deadly Class’ is known to the world. The lack of viewers and high production budget led to its demise after the incredible first season. But why it didn't become popular, when it has everything to be one of the most popular shows? And considering, the success of The Boys on Prime Video, it is even more disappointing that perhaps the decision was taken in hurry.

The Boys was released in the same year in July (2019), while Deadly Class premiered in January. Both follow the same kind of Blood and Gore in their content and both of them are screen adaptations of comic books. However, The Boys involves characters with superpowers and strength in a superhero universe, Deadly Class follows spoiled teenagers in a secret school in San Francisco in the 80s.

Deadly Class is set in a dark, heightened world against the backdrop of late 1980s counterculture, and follows Marcus Lopez Arguello, a homeless, disillusioned teen, who is recruited into King's Dominion, a storied elite private school primarily serving the descendants of the world's top crime families. Keeping his moral compass while enduring a ruthless curriculum, cruel social cliques, and his own adolescent uncertainties becomes critical for the youth. ‘Deadly Class’ does start slow, but it picks up the pace in two-three episodes and the story arc of the characters begins to develop. Perhaps, it is more suitable for binge-watching, but that doesn't deny the fact that it is one of the genres that people love the most these days. Every day, I see comic-book fans demanding a TV or film adaptation to be accurate to the comics and if the characters are violent, they surely want them to remain the same in its adaptation. And considering that all the generations that came before the 2000s, might become the last to read these comics, it is an honest request to the creators.

‘Deadly Class’ has everything fans expect from a screen adaptation of comic books more suited for adults. The violence was perfectly portrayed with blood and gore, the actors were honest in the portrayal of the craziness hiding in the King's Dominion, and the cinematography was no less than a Hollywood film. But, it did not get the millions of viewers that other shows did, and the problem could be with the network on which it aired.

SyFy is best known for adapting books and novels into shows, but they are also known for canceling the shows prematurely. They canceled one of the best sci-fi shows, "The Expanse," when its viewership didn't meet the expectation, and, it was later picked up by Amazon. However, Deadly Class wasn't fortunate to get that kind of attention and fan following. Creator Rick Remender approached the other Networks including Amazon and Netflix, which was the international streaming home of the show, but no one picked it for another season. 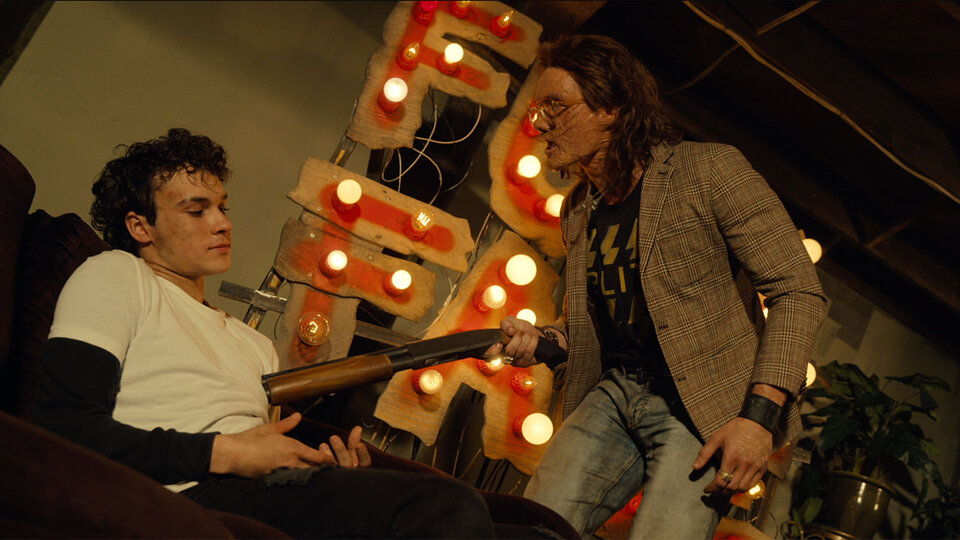 ‘Deadly Class’ Season 2 would have been a guaranteed success, and I am not just saying because I like it. There are many pieces of evidence that confirms that this genre has become extremely popular since 2019. The Boys Season One landed in July 2019, but it wasn't until the next few months that it became popular. The Boys was not an instant hit on Prime Video, but when Season 2 arrived, the viewership almost jumped four-time, while fan following on social media bounced more than ten times. But this is not the only show which saw such popularity, the animated series adaptation of the Invincible comics became an instant hit. Many other networks followed the suit and ordered several shows belonging to this genre.

This is enough to conclude that ‘Deadly Class’ was not only a victim of a short-sighted decision of its original network and distributor but also a lack of visionary executives at popular streaming networks.

The show was also pre-judged by the top critics, who only saw the first few episodes to brush it as a coming-of-age high school show. The difference between audience and critics' scores on Rotten Tomatoes is proof that how the top critics failed to visualize the remaining story.

A spinoff series titled, Varsity, which is set in The Boys universe is currently in development. The show will follow young-adult superheroes at Godolkin University (run by Vought International) training to be Superheroes in the eye of the public while perhaps being a killer in reality.