Trending Now: E-sports and Its Development‘Vampire in the Garden’ Netflix Series Review - In search of Paradise and Co-ExistenceMarvel Studios Reveals Cast and First-Look Image of Disney+ Series ‘Echo’Netflix Geeked Week 2022: The Sandman, Shadow and Bone Season 2, and What More to ExpectBlood and Flesh Fly Everywhere in ‘The Boys’ Season 3 New Trailer‘Night Sky’ Series Review: An Intriguing and Heartwarming Story Wrapped in Mystery
Home TV Shows News Five Sci-Fi Shows that Got Canceled Despite Being Intriguing and Unique TV networks and streaming services often judge a show based on the viewership numbers they bring. In the past 10 years, many shows have been the victim of the expectations created by them. It's not only that they were not good and didn't bring the numbers, but there could be many possible reasons including the lack of budget that would have put a halt on their journey.

Although, there are 100s of shows that didn't complete their story, here I have picked five of those shows from the Sci-Fi category liked by their fans and still adding to their fanbase.

Dark Matter is a Canadian Sci-Fi Series developed by Prodigy Pictures in association with Space channel. The series premiered on both Syfy and Space channels. Dark Matter successfully ran for three seasons between 2015 and 2017 and was officially canceled a few months after the third season completed its run. However, the real reason behind the cancelation of the show was a "not so healthy" collaboration between Space and Syfy channel. The series was not a Syfy original, which brought limits on how the network can maximize its revenues. As stated by creator Joseph Mallozzi, "Working against us was the fact that we weren't a Syfy original. We were an acquisition. An original series owned by the network, allows them to monetize the show through things like international sales or streaming. The network pays a lot more but probably earns the benefits down the line."

Dark Matter follows a group of people awakened with amnesia from hibernation pods aboard the spacecraft Raza. They have no recollection of who they are or what their lives were like before awakening, so they take the names One through Six, in the order in which they emerged from stasis. They reclaim control of their ship and start determining their identities and what happened to them. A female-looking android is also on board and is attached to the ship.

The final episode of Season 3 ended with a big cliffhanger to which we are never getting an answer. The Android, while being left immobilized by Two, attempts to tell Five that Two has been compromised, but she is too late. Six detonates the blink drive, seemingly annihilating the shipyard (and himself), but a massive spatial anomaly arises suddenly, and massive black spaceships arrive through it. 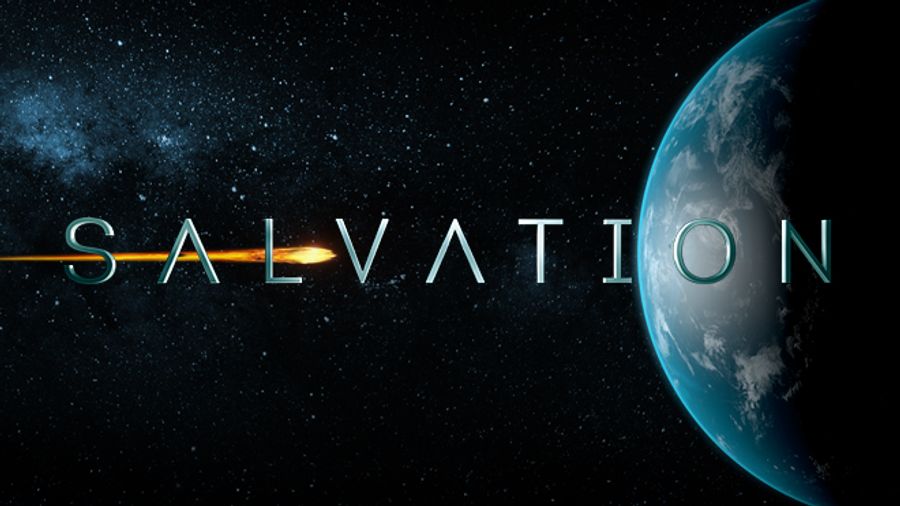 Salvation is Sci-Fi Series that ran for two seasons between 2017 and 18. The series was created by Liz Kruger, Craig Shapiro, and Matt Wheeler for CBS, where it did exceptionally well. But the second season's finale viewership numbers were down to 2.61 million as compared to the first season finale with 3.13M viewers. It seems that this decline in viewership led to the cancelation of the show five months after the premiere of its second season.

The plot of Salvation revolves around the discovery of an asteroid that would strike the Earth in six months, as well as the attempts to avoid it and its global consequences. The show examines how various individuals and groups of people react to the impending disaster.

In the finale of the second season, as Harris prepares to launch a nuclear weapon at the asteroid as a last-ditch, best-case-scenario alternative, a critically injured Darius acts on a hunch to demonstrate that their best line of action is to do nothing. Darius proves to be correct just seconds before the nuke is fired, resulting in a shocking revelation for the entire planet. The series ended on a cliffhanger when instead of colliding with Earth, the asteroid crashed on Moon leading the debris to fall to the earth. It won't be wrong to say that Nightflyers became a victim of critics and overexcited fans. When I saw this series recently, I knew this is a lot better than many sci-fi shows coming out these days. The horror and sci-fi theme of the series makes it intriguing to watch and the plot unveils the mystery as it progresses further. The show may not have been a masterpiece, but it was certainly something I would have watched for a few more seasons.

Coming from George R.R. Martin, the expectation was set on the Game of Thrones level. Every critic compared it with GOT leading to a bad rating, which in the end impacted the audience who didn't watch it in huge numbers. It was produced by Syfy with Netflix as its international distributor.

The series takes place in 2093 when a group of scientists embarks on a mission into space aboard the Nightflyer, an advanced ship designed to establish first contact with alien life-forms. When terrible and violent events occur, the crew begins to question one another and realizes there is something aboard the Nightflyer with them. It is the crew's responsibility to save both the ship and themselves. 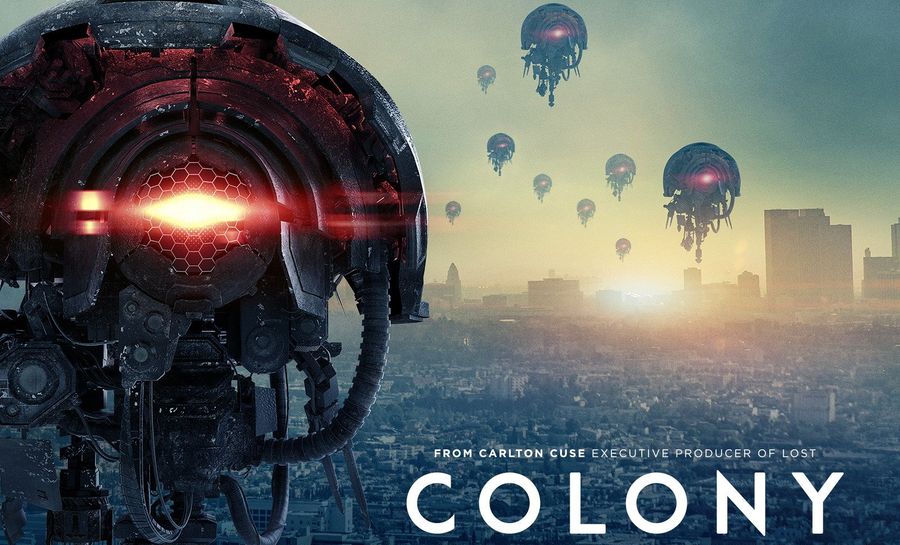 Created by Carlton Cuse and Ryan J. Condal, Colony is a Sci-Fi Series that ran for three seasons between 2015-and 18 on the USA network. Whatever may have been the reasons, the series never drew big viewership numbers in any of its seasons. A bad marketing campaign could have been the reason as there is nothing about the show, which is disappointing. The plot is exciting enough to make you addicted to this and the whole plot is dipped in mystery, which slowly gets answered as it progresses.

"Colony" was inspired by Nazi-occupied Paris during WWII, where people went about their daily lives, drinking coffee in street-side cafés while Nazi officers marched down the streets. In this series, residents of Los Angeles are subject to a military occupation rule imposed by an organization known as the Transitional Authority. The Authority works for an extraterrestrial group known as the "Hosts," about whom little is known until much later in the series.

In the third season finale, The Hosts' alien enemies attack Earth and kill all the IGA personnel in Davos. Kate tries to find out where Bram and Grace are now living, but he refuses to tell her and even threatens her. Will and the others are sealed into pods to go into space, and their sacrifice is paid as the Seattle shield projected from the wall stands against the alien assault; nevertheless, a second strike lands outside the wall as Kate watches the approaching shockwave. The series ended after the bomb dropped leaving the audience guessing the fate of their favorite characters.

Colony is currently streaming on Netflix. The decision to the cancelation of Netflix series, "The Society" is one of the most shocking and controversial decisions the streamer has taken so far. The series was renewed for the second season, a year before it was canceled. Netflix told that due to the pandemic, they are not moving with the production, which caused a huge shockwave to its fanbase. The Society viewership was among the top 10 for months after it premiered on Netflix. There are still many fan petitions running to request a second season from Netflix.

Starring Katheryn Newton in the lead, The Society follows a group of teens who must learn to administer their community after the rest of their town's population vanishes. The mystery begins when students from a nearby high school return early from a canceled field trip and discover that everyone else has vanished. The village is surrounded by a dense forest; the outside world appears to have vanished and cannot be reached by phone or Internet.

The series ended on a cliffhanger when in "real" West Ham, Allie's mother pets the same dog Elle adopted in New Ham and reads to schoolchildren in front of a memorial listing the missing teenagers' names.