In 2019, 'pirate' IPTV supplier One Box TV found itself on the wrong end of a DISH Networks lawsuit. Filed in a Florida... 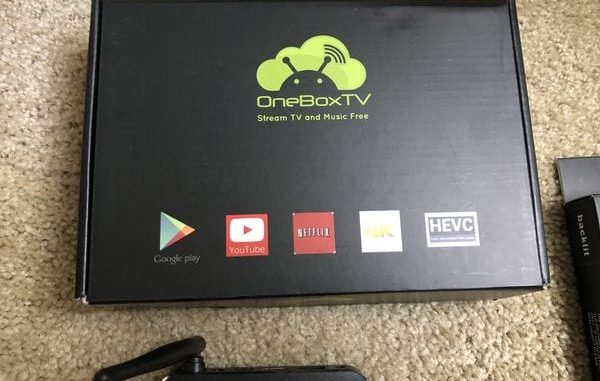 In 2019, 'pirate' IPTV supplier One Box TV found itself on the wrong end of a DISH Networks lawsuit. Filed in a Florida court, the complaint alleged that the IPTV supplier was transmitting DISH programming unlawfully via the Internet. After failing to put up a defense, One Box TV and its owner have now been ordered to pay $3.8 million in damages.

There are many hundreds of entities and individuals involved in the provision, distribution and sale of unlicensed IPTV services worldwide, with the majority managing to avoid serious consequences – at least for now.

But while most remain somewhat in the shadows, others make themselves more visible, sometimes following the decision to incorporate as an official entity. That may have been the case with One Box TV, LLC, a three-year-old Florida-registered company that made a business out of the sale of piracy-configured IPTV devices and subscriptions from its websites and a booth at a flea market.

Following an investigation carried out by DISH Networks and NagraStar, in August 2019 the companies filed a lawsuit against One Box TV and sole manager Donna Fogle in a Florida court. According to the complaint, the company sold $19 per month IPTV subscriptions (described as ‘device codes’) offering unlicensed DISH programming alongside pre-configured Android-style boxes for around $275.

The content offered by One Box TV was illegally obtained from DISH’s satellite communications and rebroadcast to the public for commercial advantage and personal financial gain, DISH alleged. This activity breached the Federal Communications Act (FCA) causing the broadcaster considerable financial damage, the complaint added.

The case has been ‘progressing’ for months without input from the defendants so it’s no surprise that DISH and NagraStar moved for a default judgment. DISH informed the court that it should be entitled to significant statutory damages under various sections of the FCA ranging from $10,000 to $100,000 for each violation, with Section 605(e)(4) allowing the plaintiffs to seek damages for each piracy device distributed.

Following One Box TV’s default, DISH and NagraStar obtained permission to conduct discovery among financial institutions associated with the IPTV seller to ascertain how many devices/device codes it had sold. According to DISH, the amount totaled at least 3,805 units, which could have put One Box TV on the hook for $38 million, even if the minimum statutory damages were awarded by the court.

Instead, DISH requested a much lower amount of $1,000 per violation for a total of $3,805,000 in statutory damages. On top, the company sought a permanent injunction. The court was happy to oblige.

“Having reviewed the record evidence, the Court concludes OneBox is liable for violating the Federal Communications Act,” District Judge James S. Moody writes in his order.

“Dish has shown OneBox violated the Act at least 3,805 times, entitling Dish to the $3,805,000 it seeks in statutory damages. And Dish proved entitlement to a permanent injunction against OneBox by demonstrating irreparable harm and that there is no adequate remedy at law.”

The injunction is comprehensive and forbids One Box TV, Donna Fogle, and/or anyone acting in concert with them from rebroadcasting DISH programming and/or offering subscriptions/device codes providing access to DISH’s content and communications.

Whether the plaintiffs will ever see any of the $3.8m in damages remains an open question.