The Best Poker Scenes in the Movies

Poker has become so pervasive, so entwined, it is no surprise that the game of poker, and the wider realm of the casino, has been featured many times in Hollywood too

It is no surprise that poker has made its way into pop culture. In the last 50 or so years, since the launch of the World Poker Series back in 1970, tournament-style games with international competitors developed to the point where games were being broadcast on live television.

As the online poker sites began providing fast, simple, and flexible access to the games, the popularity of poker grew – and now players from all over the world can join in on big money games online – or visit their nearest poker lounge to take part in the real thrill of the game.

But why is poker so undeniably cool? Even in the grittiest portrayals of seedy bars and underground gambling dens, successful poker players make the best protagonists – plucky, suave, and clever enough to outfox the villain using just some cards.

Poker has become so pervasive, so entwined in our modern culture, so it is no surprise that the game of poker, and the wider realm of the casino, has been featured in Hollywood too.

Of course, poker purists would argue that it is nearly impossible to have a realistic poker scene in a movie (and still tell a good story) – that unbelievably lucky royal flush that wins a huge jackpot for the hero is, well, unbelievable. But for the casual poker fan, seeing your favorite game being played in all sorts of different movies is an homage of sorts, and no doubt makes you want to head out to the nearest table or pull out your mobile phone app to get your hands on some of the action.

In Daniel Craig’s first foray as the inimitable Bond, the directors really wanted to take the movies in a new, more gritty direction. The ‘romp’ style of Bond film that starred Pierce Brosnan had almost become parodies of the genre, too camp and kitsch for some people, so Craig was a craggy, rough, breath of fresh air.

The poker scene in Casino Royale is an important plot device and central to the whole film, which is why the directorial team decided to hire a professional poker player to direct the actors, give advice, and ensure that as much realism was captured throughout the 30 or so minutes of screen time that the poker game took.

MI6 had fronted Bond the money to go after the notorious LeChiffre, and the games all hinge on that final showdown… Spoiler alert, Bond wins, of course.

The elaborate and lavish setting of the poker game, the emotionally charged and brazed Bond, and the interspersal of dramatic action scenes in between each hand make this one of the best-paced scenes in the film - and one of the best portrayals of luck and skill needed to be successful in poker. 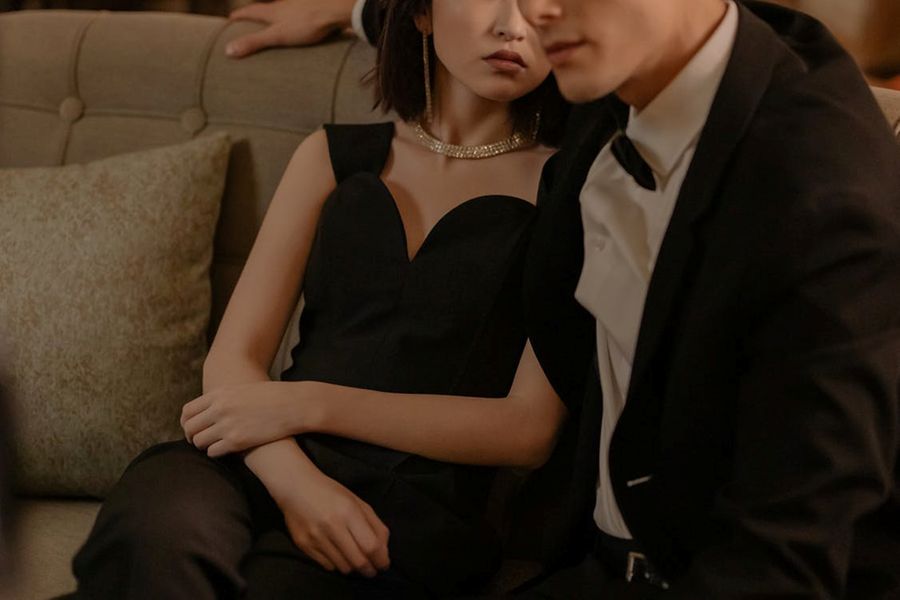 More than just a film with a scene about poker, Rounders is a feature that could arguably be one of the top 9 poker movies ever. Starring a fresh Matt Damon in what is his breakthrough role, the film centers around Mike who dreams of becoming a professional poker player while in law school. Initial success soon leads to failure, and after losing $30,000 in one game, he swears to give it up for good to save his relationship.

However, when a friend needs some help, he is drawn back into the game, ends up owing nasty men lots of money, and needs to play the game of his life to save himself
Whilst the plot might be a bit simplistic for some, the film has gained somewhat of a cult following among poker players, despite the jarring inconsistencies in the actual poker play that is used in the movie.

It’s probably not a stretch to imagine that Ocean’s Eleven is one of the most well-known movies to feature poker and casino life in general.

As an exciting heist movie, it has all the hallmarks of a Hollywood blockbuster – big-name actors, decadent sets, and witty dialogue. The story revolves around Danny Ocean and his big plan to rob three Las Vegas hotels simultaneously, with all sorts of shenanigans to follow.

In the most famous poker scene, Rusty (played by Brad Pitt) is teaching actors how to play poker convincingly enough to portray it on screen and goes through some of the terminology and psychology necessary for success at the table.

Speaking to the pervasive nature of the ‘underworld’ that poker seems to skate on the edge of in the movie world, House of Games follows a psychiatrist who specializes in addictive behavior as she gets drawn into poker games that take place in the back rooms with criminals.

While poker is undoubtedly a big part of the storyline, even the professional players would be hard pushed to spot mistakes or inconsistencies in the poker games shown because there is so much focus on the long con and the way a con man works. Guy Ritchie’s directorial debut starts with a poker game that is taking part on a table in the center of a boxing ring. Eddie takes £100,000 with the idea that he will beat everyone – but soon gets in over his head, owing half a million to some decidedly unfriendly types.

While the movie is more about the lengths that these people will go to so that they can pay off their debts, the poker game that starts it all is probably the most important scene, and you can almost smell the desperation in the players.

This is a long way away from the glamour of Ocean’s Eleven or the excitement of Casino Royale and is not the reality of most people who are playing for the fun, for the adrenaline, and for the chance to hit the big one either in a live casino or when they are playing online.

For more movie review breakdowns and news on the latest releases, check out moviesr.net!