In Season 2, the tenacious detective duo returns to track down killers and uncover a dark conspiracy involving an influential corporation 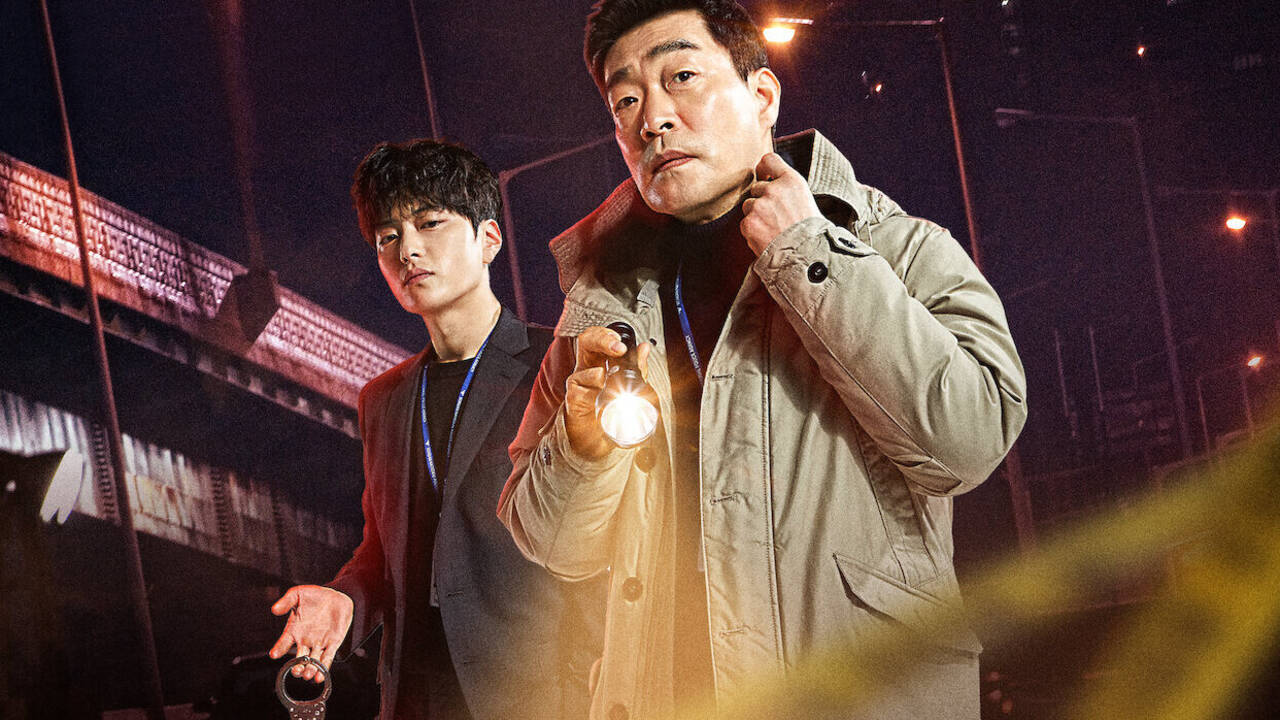 The series starts with a man assaulting a woman. He can be seen kicking her, pulling her hair, dragging her, and calling her a whore. He almost kills the woman and calls Woo Tae-ho for help. The culprit requests Woo Tae-ho to cover the incident, and he obliges. Woo Tae-ho is married to a rich woman with whom he doesn’t share a good relationship. Na-na, his wife is pregnant, and she isn’t happy with this news. The reason isn’t disclosed in the initial episode.

In the White Gown Serial Murder Case, the women wearing white gowns are murdered randomly, and the detectives aren’t able to find a motive behind it. A fight is seen between Seoul Criminal Investigation Division and Incheon Violent Crime Division Unit Two. They seem to be in a race to catch Hyeong-bok, the suspect. Funny conversations between these teams are seen. Do-Chang is having trouble with his sleep and is having drinking issues. He might get off from the fieldwork and opt for a desk job. But what would be Incheon Violent Crime Division Unit Two without him?

In my opinion, the title should have been changed to The Good Detectives because all of them can be seen putting in a lot of effort for society. They are dedicating their days and nights to catching the culprit. The efforts these detectives have put in are on par with the salary that they are receiving. They're even catching dogs after solving big cases. Even detectives get hurt by crimes, and it is not as if they get immune to crimes after dealing with them on daily basis.

My favorite character is Detective Mang-gu. Whenever the team goes outside after getting a lead, he either goes for a poop or finds some other distraction and lands the other detectives in problems. In the first episode, he went for a poop and ended up being chased by a wild boar. The whole team was seen running. In the final episode also, Mang-gu got chased by bees, and the whole team was running to save themselves. These two are very funny scenes, and the audience can’t control them but end up laughing.

Incheon Violent Crime Division Unit might be incompetent still with their teamwork, they end up solving big cases and getting to the bottom of the truth. Despite being a small unit, they have capabilities equal to the Seoul Criminal Investigation Division that’s made up of the best detectives in Korea. The second season showed how childhood trauma affects individuals and can result in them making monsters during their adult life.

The plot remains as intriguing as the first season and major crimes were shown. Son Hyun-joo and Jang Seung-jo form great pairs and are the main attraction of both seasons. The actors have done justice to their roles and the plot. The audience who likes to watch crime thrillers shouldn’t skip The Good Detective. I like how even in intense scenes Korean dramas have the unique ability to include funny scenes. This helps in lighting up the mood of the audience and creating a balance. This way the audience doesn’t get bored.