Season 2 follows Vox Machina as they face a sinister group of Dragons known as the Chroma Conclave, who destroy the city, forcing them to flee 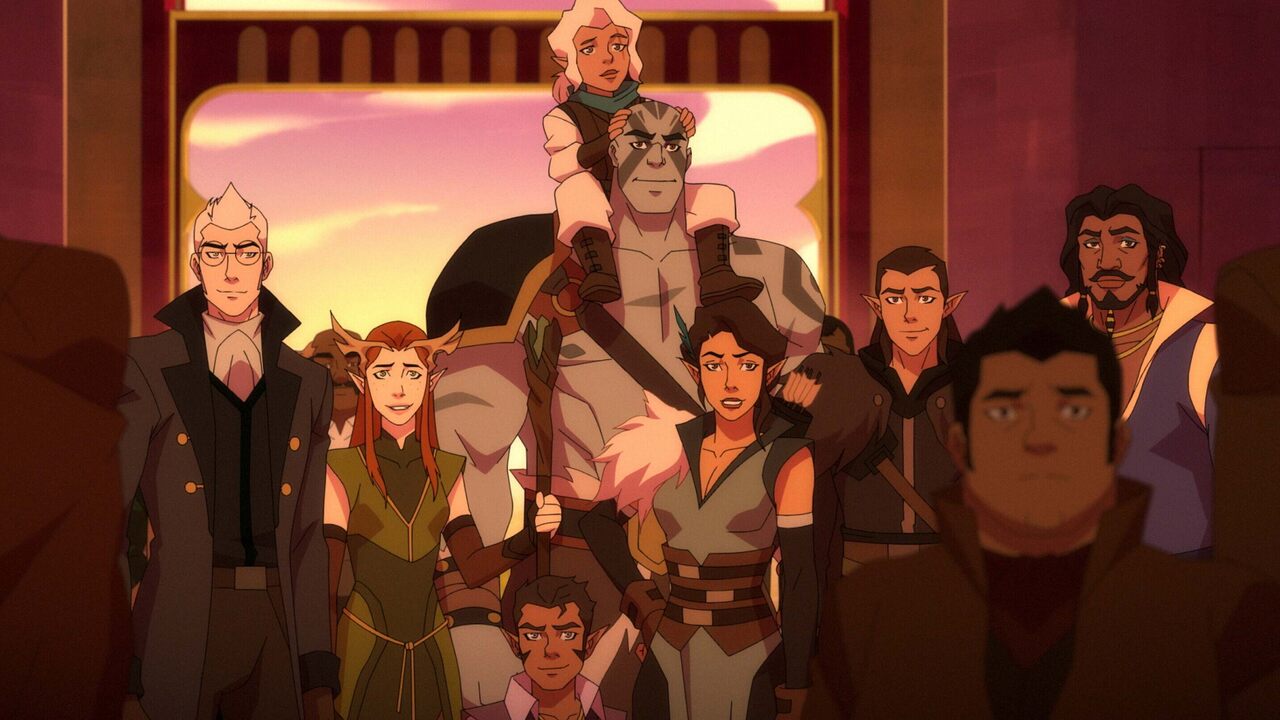 In the first season of The Legend of Vox Machina, the titular group of heroes rose to fame after killing a dragon. In this sophomore season, Vox Machina faces great challenges due to the arrival of ancient dragons - the Chroma Conclave. You might remember four of those giant beats flying toward Emon at the end of the first season. Season 2 picks off precisely from there and throws Vox Machina into another adventure.

I had mixed feelings regarding the first season. It delivered one-liners, dumb jokes, and immature sexual innuendos to lighten the mood. However, that same mood occasionally got too serious with sentimental speeches. It was like watching a person suffering from a dissociative identity disorder. At one moment, it acted like a child, while it behaved like a full-grown adult in the next instant. Thankfully, this time around, the shift in tone doesn't feel as jarring. Everything is blended together with flair, and Season 2 smoothly runs from the beginning to the end.

But then, The Legend of Vox Machina never had trouble maintaining its momentum. Despite its issues, Season 1 was well-paced. Season 2 is no different. From normal talking to big action scenes, everything is lively and keeps the series moving. We are never allowed to be impatient. Actually, we also don't get much time to think. From the first episode itself, the series continuously hits us with one event after another. The characters fight, then talk, then fight again and talk, and all this occurs so swiftly that you are more occupied with keeping up with the series than processing it. All that mental running feels like a workout, which is why you don't get bored.

That doesn't mean The Legend of Vox Machina has nothing genuinely pleasurable to offer. Season 1 had amusing sight gags (two soldiers petting a bear) and wonderfully executed action scenes. The second season, too, has its share of rewards. The action is again nicely done and as for the sight gags, notice how someone hides an autograph book. However, when you place both seasons side by side, you discover that Season 2 is not as memorable as Season 1. Remember how Scanlan (Sam Riegel), the horny gnome bard, used his magical hand to show the middle finger to an opponent in the first season? Well, there is nothing as striking as that in Season 2 (the hallucinatory sequence we get in the Fey Realm is not that noteworthy, as we have seen sequences like that before). Most of the jokes are weak and land with a thud. I don't recall laughing much while watching the second season.

Doors are no more a problem this time around, but death scenes continue to be ineffective and ho-hum. The presence of a healer, Pike (Ashley Johnson), means that any member of Vox Machina can quickly recover from fatal injuries and defeat death itself. When Pike fails to mend someone, the character is resurrected through other plot conveniences (I am looking at you, the Matron of Ravens). Seems like Loki has got competition. So when you are aware that your heroes will not meet their makers, you view the series casually, without trepidation. The death scenes then become shallow, manipulative devices that desperately attempt to evoke an emotional response from within the audience. But they fail to do their job because we know the members of Vox Machina will survive every deadly wound inflicted on them.

Still, every Vox Machina member is emotionally vulnerable. Some are lured by evil forces, some seek familial approval, and some are ashamed of their bloody past. The protectors of the realm deeply care for each other, and their friendship is so strong it's palpable.

If Percy (Taliesin Jaffe), the gunslinger, was possessed by darkness in Season 1, Grog (Travis Willingham), the big dumb guy, goes through a similar phase here. But Grog's moments with an evil weapon are less gloomy and more light-hearted. One can find many more symmetrical examples in the second season. For instance, there are two girls with daddy issues and two scenes where things go inside buttholes. Then there is Scanlan, who emerges as an unlikely hero during two difficult challenges (he tackles one with a song and the other with a sword).

When a character says, "This isn't about money, but saving lives," everyone laughs. When someone says, "We are trying to save the world," these words are met with a shrug. You see, Season 2 is mocking righteous behavior but also embracing it. That shrug might be the show's way of saying that we have all become tired of "civilization under threat" narratives. Yet, Season 2 is all about "saving the world." The Legend of Vox Machina makes fun of unoriginality by being unoriginal. That could inspire plenty of eye-rolling, but it doesn't. Because the show has verve, and it's made by people who are really passionate about telling this story in this manner. The animation is full of life and looks beautiful. The fights are rousing (look out for the one where Grog confronts his uncle), and a sense of joy leaks through every moment. The Legend of Vox Machina suggests that if you cannot reinvent the wheel, you should recycle it with fervor.

Final Score- [7/10]
Reviewed by - Vikas Yadav
Follow @vikasonorous on Twitter
Publisher at Midgard Times
Note: All 12 episodes of Season 2 are screened for this review.
Premiere Date: January 20, 2023, on Prime Video