From Academy Award-winning filmmaker Chris Williams, The Sea Beast takes us to a place where the map ends, and the true adventure begins 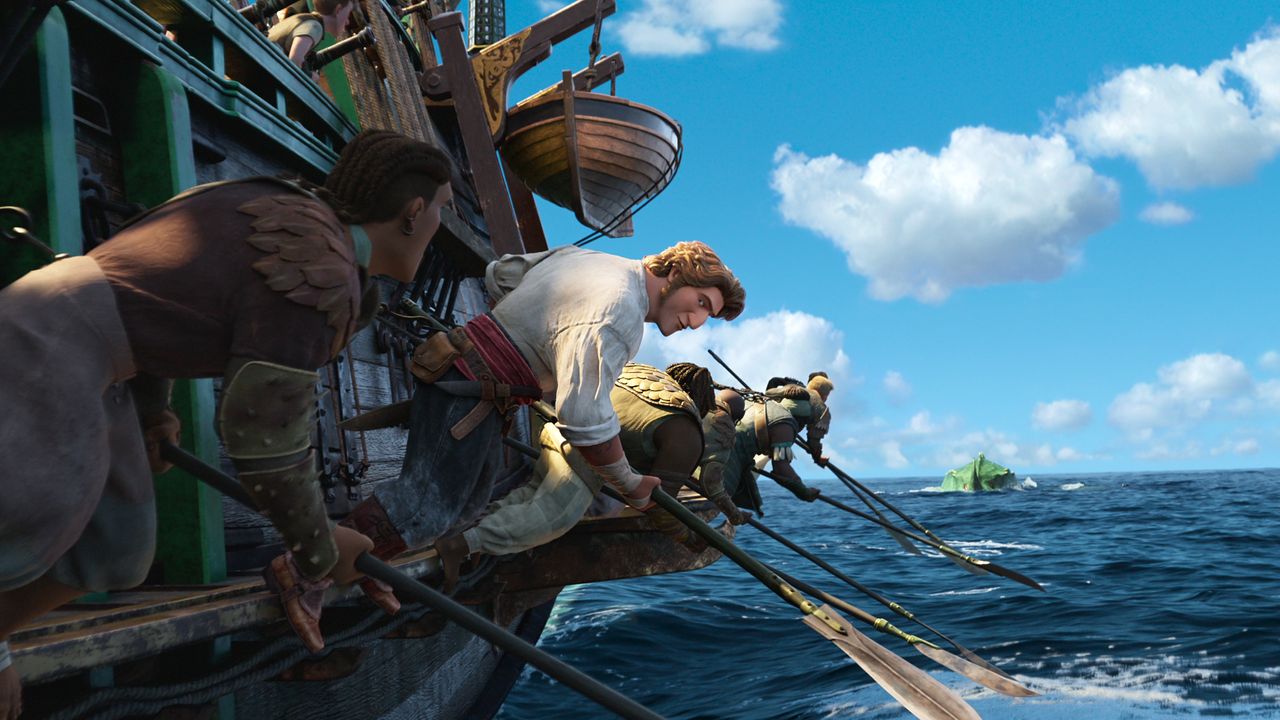 Directed by Chris Williams, The Sea Beast (2022) is about the adventures of a legendary sea monster hunter and a little girl as they are uncharted on a journey away from their ship crew into the wilderness.

The movie is a breath of fresh air with intermixed themes, making it more than just a sea adventure. It starts with an introduction of Maisie Brumble (voiced by Zaris-Angel-Hector) living in an orphanage as she plots an escape route with the place being deemed too small to contain her sea obsession. Coming from the line of sea monster hunters, the only thing holding her back from her fascination with the sea is the curfew rules of the orphanage. But as fate may call it, she sneaks past to reach the shores of the ocean to greet her heroes belonging to the ‘The Invincible’ ship. She is already being established as a stubborn kid looking for her destiny.

The scenery now shifts to the ship adventures as the greatest hunter ship takes on the challenge from a sea monster while they are on their pursuit of the myth, the legend, and the enemy, ‘The Red Buster’. Led by Captain Crow (voiced by Jared Haris), with protégé hunter Jacob Holland (voiced by Karl Urban) second in command, the crew is extremely efficient and successful in dealing with threats of the sea. As they return home still tempted by vengeance against the great ‘Red Buster’, Captain Crow vows to emerge victorious the next time, instantly preparing to leave. The only difference this time is Maisie is now on the ship after tricking Jacob.

The movie features remarkable direction and features one of the most impressive action set pieces in an animated movie. It takes CGI to the next level with the sea fights between monsters and ships with the animated characters boding well with realistic natural phenomena to create a mesmerizing experience.  The thought and idea behind the sea fights are certainly crafty with creativity given the utmost importance. The usage it makes of the space is on another level, with scenes and the characters using the tools and the architecture available in the environment to come up with creative solutions to a problem. The movie is great visually.

On the surface level, it sure does feel like a kid’s movie, which it is, but it is certainly surprising as it embodies deeper themes of monarchy and colonialism. It is very aware politically, which is not there just for the sake of it. The political angle of the story is relevant to the plot and carries a strong message about the government’s agenda and functionality.

The chemistry between Jacob and Maisie is top-notch. For most of the movie, they remain together and there is never a dull moment with those two on the screen. Maisie’s child-like innocence and purity fuse well with Jacod’s rational yet empathetic adult personality as they create a power tag team somewhere between family and friendship. Both the voice actors did a good job in bringing the relationship to life.

The environment it creates is amazing. Especially with the designs of the sea monsters (particularly Red Buster) even if it is few. The entry of a different variety of species would have been a welcome addition, but it is more than satisfying what the movie contains. So, no complaints there, just wishful thinking.

It does have some issues though. It puts things too cleanly for some characters, that their looks are enough to give away their intentions. It is nothing bothersome as it doesn’t affect the experience, but it becomes easy to predict their personalities.

In conclusion, it is not perfect, and it doesn’t have to be. Despite having a standard premise, it is still a very entertaining watch full of heart and effort.