Scarlet Witch seems to be going all crazy in the first trailer while also appearing in a Zombie form, but is Marvel Studios really revealing the main villain as early as the trailer? 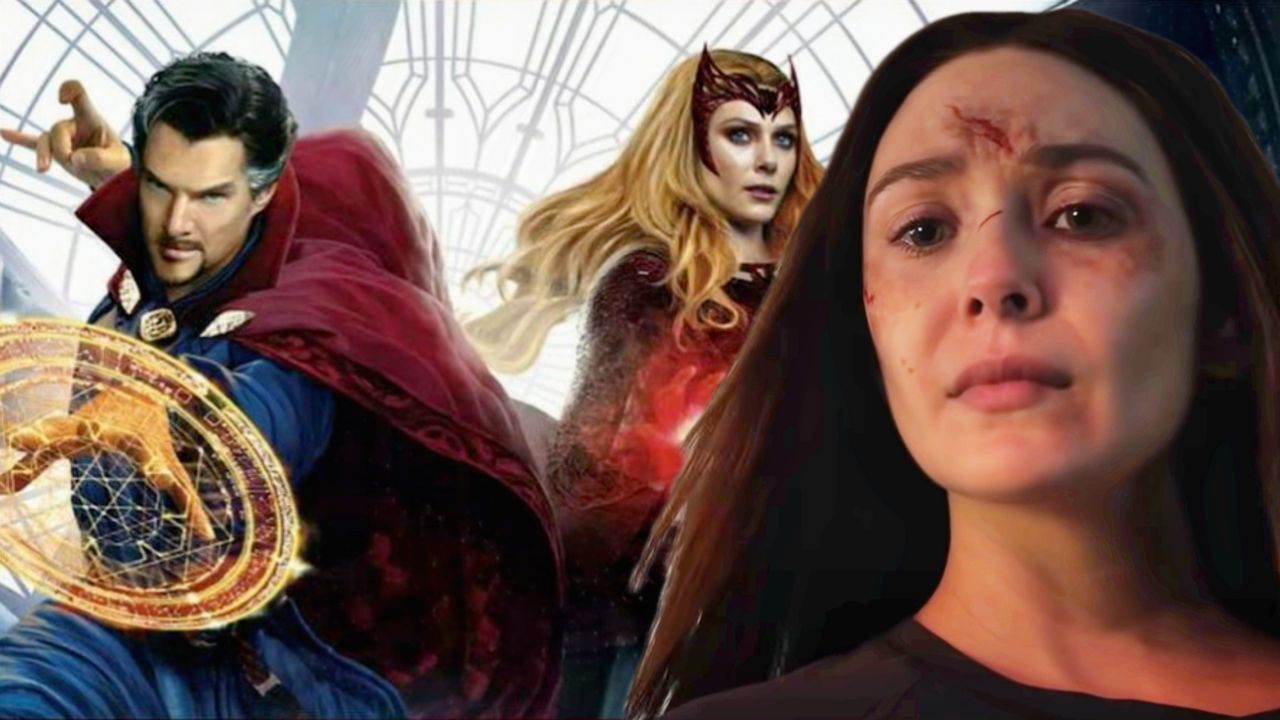 The first official trailer and many previous leaks have one thing in common, they all indicated that Wanda is indeed not a hero in ‘Doctor Strange in the Multiverse of Madness.’

We saw many variants of Doctor Strange and Wanda in the trailer. To the surprise, we are getting three variants played by Benedict Cumberbatch - Doctor Strange, Defender Strange, and Sinister Strange/Strange Supreme. Similarly, we see multiple variants of Wanda, however, they could be the same, but from a different time. But what caught everyone's attention was the variant, which looks like a Zombie.

So, are we really going to see a Zombie variant of one of the most followed MCU characters, or is it just an illusion? If Wanda is not the villain, then who could be the mastermind behind the collapse of the Multiverse?

The first teaser revealed in the post-credit scene of "Spider-Man: No Way Home" shows the same location where Wanda was last seen in the Disney+ series, Wandavision. Doctor Strange is asking for her help regarding the Multiverse, while she apologizes for the events of the Westview. Everything indicated a big villain in the house that needs to be dealt with. But, the latest trailer has complicated everything, while pointing in the opposite direction.

The latest full-length trailer is more honest in pointing in the right direction. Wanda does seem to be the main villain of the film, and the way she is talking to Strange does give an overview of what she is trying to do.

How does the collapse of Multiverse relate to Wanda's powerful form or Scarlet Witch? 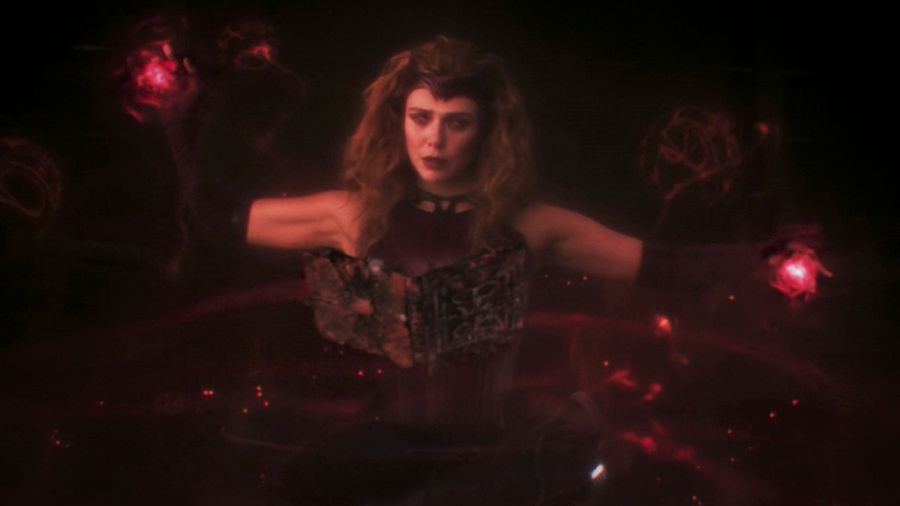 In the first teaser, while talking to Doctor Strange, Wanda seems to be very innocent and lets him believe that She has moved on from Westview. But that cannot be the truth, Wandavision post-credits has already shown that she is reading the Darkhold to resurrect her children or to find a way to reach them. It just so happens that Doctor Strange is dealing with Multiverse at the same time.

As per our theory, Strange asks for Wanda's help because he thinks his nightmares have something to do with the Multiverse that has somehow messed up other worlds while casting that spell. Wanda decides to help him while hiding her true intentions, which she was already doing with the Darkhold. She gains complete control and began to try different dark hold spells, which causes the evil dark power to take over, making her all-powerful Scarlet Witch.

In the comics, Wanda took the Darkhold, which gave her the power to defeat Chthon. She absorbed the Elder God and sealed him, making all his power, hers.

How does Chthon Relate to the events of Multiverse of Madness? 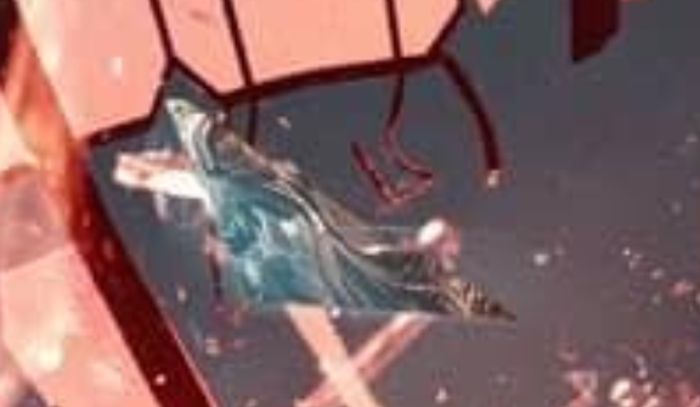 The official poster of Doctor Strange 2 seems to have included an image of a creature, which seems to be Chthon, a blue-skinned eldritch monster. I zoomed and attempted to analyze the poster myself, but unfortunately, even in the full resolution, I couldn't identify the character. But, it won't be shocking if it is Chthon behind all the chaos as he might have a perfect reason behind it. In the comics, the High Evolutionary built his fortress on Mount Wundagore, unaware he was being watched by Chthon. Jonathan Drew, his associate, was possessed by Magnus' ghost and warned of Chthon's threat. After creating his New Men from animals, the High Evolutionary trained in them a code of honor akin to that of medieval knights, ready them to confront Chthon should he ever rise again. As a result, Magnus and the Knights of Wundagore forced Chthon back into his mountain slumber. But, before he died, Chthon reached out and touched an infant girl, Wanda, who was born on Wundagore that night, identifying her as a potential vessel for the future.

Darkhold was written by Chthon, millions of years ago before he escaped the God-Eater, Demogorge. Considering this, Wanda certainly doesn't need an introduction to Chthon. He could make a big appearance at the end or could be already there the whole time. We have seen the trailer, and not only Wanda, but also Doctor Strange can be seen in a Zombie form, but how it relates to the Multiverse. The Zombie variant of Doctor Strange could just be one of his nightmares, or otherwise, it only makes sense if they are in a universe where a Zombie apocalypse has taken over the world, just like the What If..? series.

However, the Wanda variant may not be a Zombie at all. Wanda seems to have absorbed all the power of Darkhold, which has made her dark and powerful. In this form of Scarlet Witch, she is more powerful than any Sorcerer Supreme across the multiverse. As stated above, in the comics, she did this to defeat Chthon, but here the case could be completely different.

Wanda is looking for her children, but this is leading Multiverse into Chaos. Unlike the comics, the team Illuminati is protecting not just the earth, but the whole Multiverse, which initially makes them see Doctor Strange as a threat and then Wanda or Scarlet Witch. Wanda also sees them as an enemy, and the Illuminati does the same, or they are made to do the same.

Who could be this True Villain, bringing chaos all over the Multiverse? 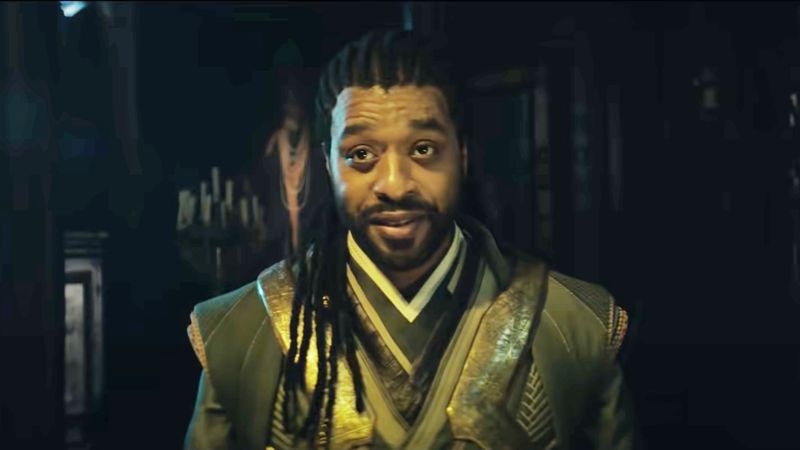 It is indeed Mordo, who is the true villain of the film. We have confirmed this theory with an insider, who approved it, while also giving a few tidbits, that he learned from his sources. The trailer has teased many things, and there are many, but that doesn't mean Marvel Studios cannot create illusions.

In the present MCU, Mordo (played by Chiwetel Ejiofor) may not be the all-powerful to face Doctor Strange or any other Sorcerer Supremer, but he can make sure to amplify any chaos that brings Doctor Strange under the scanner and tarnish his name. Mordo has been looking for the opportunity to take over Strange as we saw in the post-credit scene of Doctor Strange movie in 2016. The trailer has already shown Mordo giving threats to Doctor Strange, and in the film, he could be manipulating the Illuminati to take strict action against him for trying to play with the Multiverse.

We do not have full info on Mordo's powers in the film, but Sinister Strange from the trailer could be a disguised Mordo. In the comics, Mordo is the #1 enemy of Doctor Strange, and both of them have battled several times.

All I can say is we have to wait to watch ‘Doctor Strange in the Multiverse of Madness’ on May 6 to confirm any theory or be surprised on the day. But, it's surely going to be exciting.