Trending Now: ‘She-Hulk: Attorney at Law’ New Clip Teases Grandmaster and Skaar’s Arrival in the MCUNetflix ‘Locke & Key’ Season 3 Review - The Locke’s Continue to be the Trouble MagnetsAction-Thriller Series ‘Narco-Saints’ (Suriname) Gets Trailer and Release Date on NetflixNetflix ‘School Tales the Series’ Review - The Tale of Belief‘Heartsong’ (Gönül) Netflix Movie Review - Not Fit For This Era7 Tips on How to Find Gaming-life Balance
Home TV Shows Reviews ‘Five Days at Memorial’ Series Review - This is Not Euthanasia, This is Homicide

‘Five Days at Memorial’ Series Review - This is Not Euthanasia, This is Homicide

Based on actual events and adapted from the book by Sheri Fink, the Apple TV+ Series, “Five Days at Memorial” chronicles the impact of Hurricane Katrina and its aftermath on a local hospital 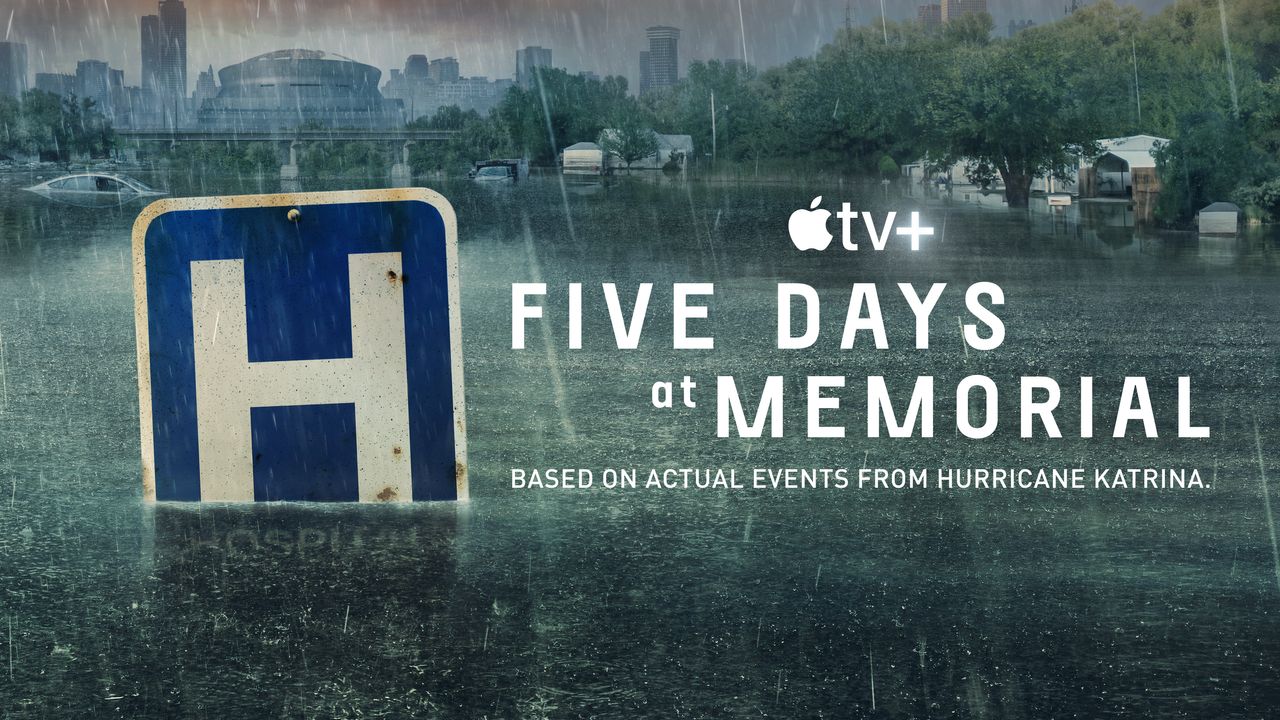 "Five Days at Memorial," based on true events and adapted from the book by Pulitzer Prize-winning journalist Sheri Fink, follows the impact of Hurricane Katrina and its aftermath on a local hospital. When floodwaters rose, the power went out, and temperatures skyrocketed, exhausted caretakers at a New Orleans hospital were forced to make decisions that would haunt them for years.

The first half of the series details and explores the events at Memorial Medical Centre and Life Care (a separate hospital inside of Memorial) at the beginning of hurricane Katrina and the days after that ended with 45 patients dead, 20 of them who were found with elevated levels of a cocktail of painkillers.

Throughout the series, the real-life footage and news reports from the time are intercut to show the devastation and harrowing tale that was the destruction of the hurricane and how the government let the area down. Opening the series is the montage of real news reports of that time before cutting to the finding of the 45 bodies in the chapel and walkway of the second floor, showing the devastating aftermath only to take it back to the night of the hurricane at Memorial and Life Care. The first part of the series shows the heroic effort of the nurses as they struggle with the lack of an evacuation plan, government, and corporate guidance, and the hospital being torn and beaten by the storm.

Most of the series focuses on the staff inside the hospital with a focus on Dr. Anna Pou (Vera Farmiga), Susan Mulderick (Cherry Jones), Dr. Bryant King (Cornelius Smith Jr.), and Diane Robichaux (Julie Anne Emery) with the circumstances that led to the devastating loss of 45 lives, 20 of them killed because of actions by doctors. Following the familiar structure of the book of the same name, it crafts an emotional, in-depth look at the harrowing circumstances. Five Days at Memorial chooses to show empathy with the medical staff and how they and their patients were let down by many. Every impossible situation is shown, and the tension builds from the very first episode, relentlessly building and not giving a moment of reprieve all to culminate in episode 5, which focuses on Day 5 of the Memorial disaster. “No living patient will be left behind,” is said as if it were a mantra but the more it is said, the more sinister it begins to sound when you look at the desperation of all at Memorial. Episode 5 is unyielding sorrow but Five Days at Memorial does not shy away from a single aspect of it while remaining respectful to the patients that lost their lives. The ending of the episode, and the end of the focus of Memorial, are powerful in subtlety. The last shot of the episode is nothing short of haunting as silence rings throughout the hospital and ends with footsteps reaching Emmett Everett before ending. Emmett was away, conscious, alert, and had begged one of his nurses “Don't let them leave me behind, please. Don't let them leave me behind.” Given what was discussed in the episode, it is unspoken what is about to happen but is clear. There are characters in this series that you will have an instant dislike for but do come to feel empathy for in this episode showing the complicated feelings this subject matter projects. The rest of the series shifts focus to Arthur 'Butch' Schafer (Michael Gaston), the assistant attorney general of the Medicaid Fraud Control Unit, and Virginia Rider (Molly Hager) who works for the state’s Medicaid Fraud Control Unit as they work to uncover what happened and bring those responsible for the deaths to justice. It is some reprieve from the events at Memorial but brings to light things the viewer does not see until staff and the victims' loved ones are interviewed. Most notable are the interviews of Dr. Bryant King (Cornelius Smith Jr.) and Diane Robichaux (Julie Anne Emery) are real, profound, and encapsulate the difficult decisions they had to make.

Five Days at Memorial is a hard watch but feels like it is a necessary watch. As is typical of shows based on actual events, you find out what happened to the people responsible for the deaths of so many patients but it leaves a bad taste in your mouth.

There is nothing to fault with this limited series. It is a harrowing tale that chronicles the impact of Hurricane Katrina and its aftermath on a local hospital.  When floodwaters rose, the power went out, and temperatures skyrocketed, exhausted caretakers at a New Orleans hospital were forced to make decisions that would haunt them for years. Every single actor gives an award-winning performance with cinematography, writing, and directing equally deserving of all awards. It does not shy away from anything and does not give any amnesty but that helps show the gravity of the decisions made and their impact on them.

Final Score- [10/10]
Reviewed by - Leigh Doyle
Note: All eight episodes of the series are screened for this review.
Premiere Date: August 12, 2022, on Apple TV+