Kamala Khan’s Superpowers are different from the comics, and so is their origin. The Disney+ Series coming June 8 will explain it

Marvel Studios has revealed a new trailer for the upcoming Disney+ Series, Ms. Marvel, which will introduce the first Muslim Superhero Kamala Khan in action in the MCU.

Ms. Marvel, which will see a new teenage superhero balances her high-school life, her family, and her emerging superpowers, will premiere on June 8 on Disney+. worldwide.

The trailer has all new footage and begins with Kamala asking, "How did she convince everyone that she's good?" referring to Captain Marvel. Her Grandfather replies, "Good is not a thing you are, Kamala. It is a thing you do." Later, the trailer also teases the origin of her superpowers as Kamala finds an old bracelet and she calls it cool, and asks her mother, "Is this Nani's?" Her mother Muneeba replies, "That is just junk." She then wears it as her friend Bruno asks, "What does it feel like?" Kamala replies, "Like an idea come to life. Everything's changing really fast."

The trailer titled, "Destiny" also includes a light conversation between Bruno and Kamala about her keeping a suit that appears to be Captain Marvel's for her Superhero appearance, and if Captain Marvel will file a lawsuit. "Are you sure that we can keep that on? - That's a lawsuit," tells Bruno as Kamala replies, "Great. Then I'll meet Captain Marvel in court and we'll be the first case in the American Judiciary to hug it out." In the Disney+ Series, Kamala Khan is a Muslim high schooler who looks up to Brie Larson's Carol Danvers, a.k.a. Captain Marvel. When Kamala develops powers of her own, she decides to follow in her idol's footsteps and become a hero in her own right. 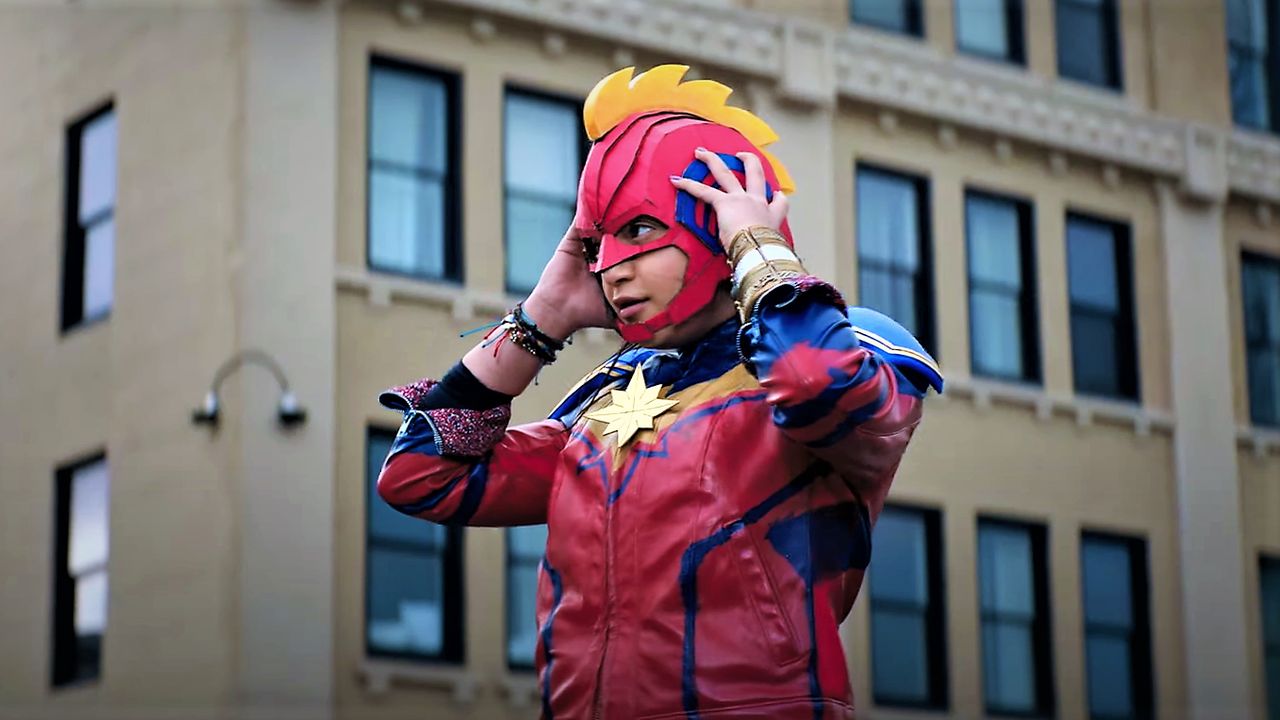 Ms. Marvel is a new, original series from Marvel Studios that introduces Kamala Khan, a Muslim American teenager growing up in Jersey City. Kamala is a Super Hero mega-fan with an enlarged imagination, especially when it comes to Captain Marvel. She is a passionate gamer and voracious fan-fiction scribe. Kamala, on the other hand, feels invisible both at home and at school—that is, until she gains superpowers like the heroes she has always admired. Isn't it true that Life gets better with superpowers?

Introducing Kamala Khan as the first Muslim and Pakistani-origin superhero, ‘Ms. Marvel’ will premiere its first episode on June 8 on Disney+. The first two episodes will be released on June 15 in select Pakistani theaters, with two episodes premiering together every second week.