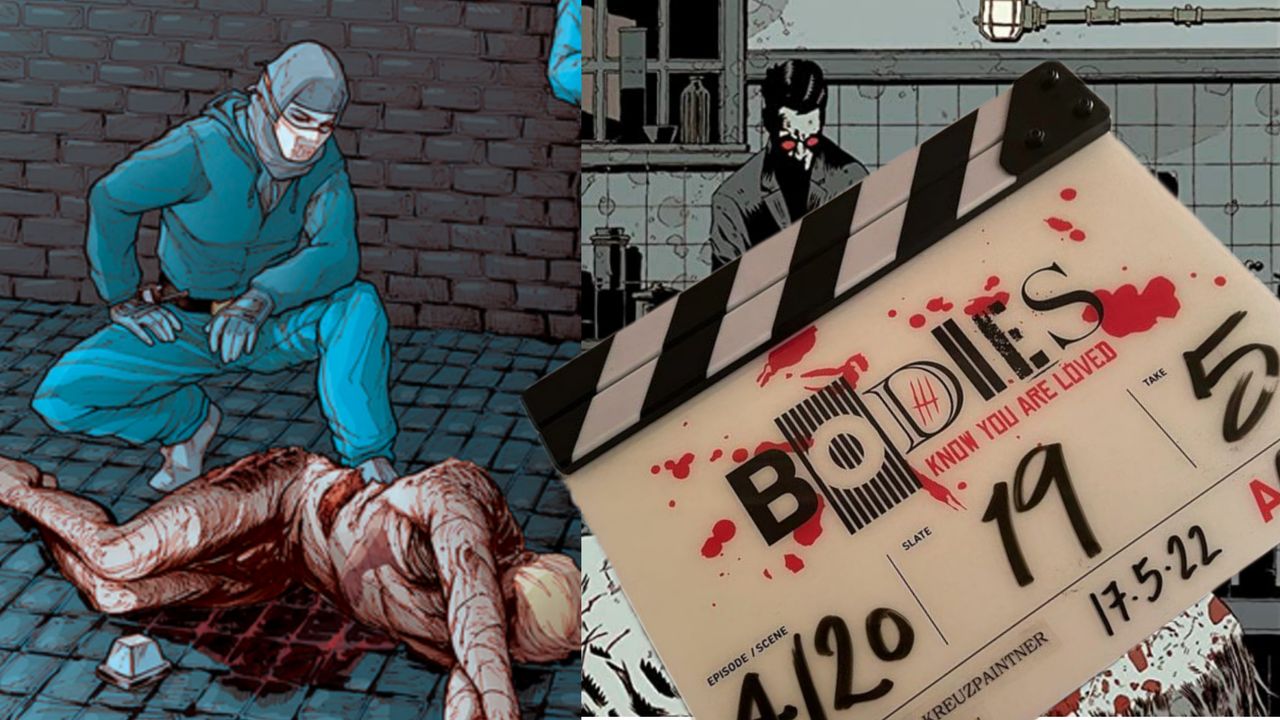 The adaptation of Si Spencer’s 2015 graphic novel of the same name, ‘Bodies’ has officially begun filming at Wentworth Woodhouse in London this Monday. The production is expected to last for 6-7 months and will wrap by the end of 2022 or January 2023.

‘Bodies’ is a limited series with eight one-hour episodes and is based on Si Spencer’s eight-issue mind-bending graphic novel of the same name published first in 2014 by DC Comics Vertigo.

The story begins with a murder in Whitechapel. Four detectives from different time periods in London are attempting to solve the murder: 1890s overachiever Edmond Hillinghead, dashing 1940s adventurer Karl Whiteman, badass female 2010s Detective Sergeant Shahara Hasan, and Maplewood, an amnesiac from post-apocalyptic 2050 who brings a haunting perspective. Together, the four set out to unearth a 150-year-old conspiracy.

Created by No Offence and Torchwood writer Paul Tomalin, the series is produced by Moonage Pictures. Netflix is yet to reveal the cast of the series.

Recently, Netflix has successfully adapted a few of Vertigo comics. Lucifer was a big hit on the streamer, and Sweet Tooth Season One released in 2021 also impressed the viewers, ultimately landing a second season, which is currently in production. The Sandman is one of the most anticipated series for Netflix in 2022, which is yet to get an official release date.

Although Si Spencer’s ‘Bodies’ is not as popular as The Sandman, it still has the potential to impress a wide range of comic book lovers, Sci-Fi enthusiasts, and Mystery-thriller fans. ‘Bodies’ is currently expected to stream in late 2023 on Netflix.