Rafael Casal has officially joined the second season of Loki which is currently filming in London, UK. The actor was spotted on set alongside Tom Hiddleston and Owen Wilson.

The filming set pictures revealed that Casal is a TVA prisoner as he is wearing the same dress as Loke wore at the beginning of the first season when he was arrested by TVA. Another leak also showed him on a 70s film poster, where he was Zaniac.

Rafael Casal is known for the 2018 movie Blindspotting. He also co-created and executive produces Starz’s Blindspotting series spinoff alongside Daveed Diggs. Casal also reprises his role in this series which premiered earlier this year.

Below is the leaked image, that shows Tom Hiddleston's Loki, Owen Wilson's Mobius, and Rafael Casal as a TVA prisoner walking on the road. 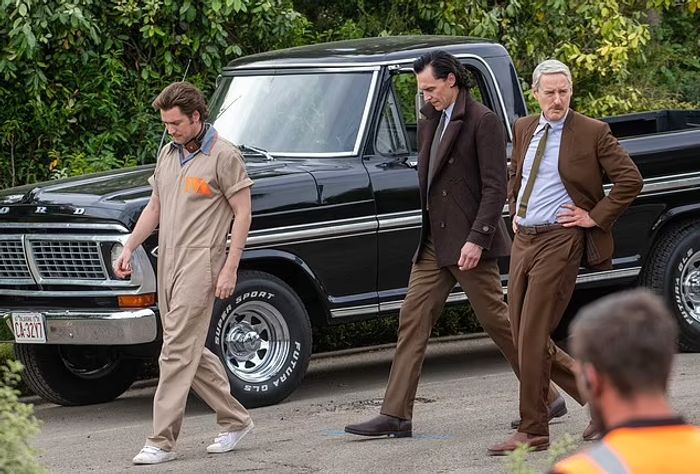 Justin Benson and Aaron Moorhead, directors behind the Moon Knight are reportedly directing the majority of the six-episode second season, but not all. Kate Herron was the director of season one, who left the series citing scheduling conflict due to other commitments.

Gugu Mbatha-Raw as Ravonna Renslayer, Sophia Di Martino as Sylvie, and Wunmi Mosaku as Hunter B-15 are also returning in Season 2 of Loki.

Loki Season 2 will continue the misadventures of the titular character played by Tom Hiddleston. The first season introduced us to the character played by Jonathan Majors, “Kang the Conqueror,” who is "He Who Remains" in the series. It ended with the collapse of the multiverse, which completely changed the TVA structure and timeline. Kang was the new ruler of the time variance authority, and unlike He Who Remains, he was not doing it behind the shadow of Time Keepers. Kang will next appear in Ant-Man and the Wasp: Quantumania set to release in February 2023.

Loki Season finale was the most-watched Marvel content on the streamer as it surpassed the viewership of "Wandavision" and "The Falcon and the Winter Soldier." Later released Hawkeye, What If..?, Moon Knight and Ms. Marvel also didn't beat the numbers of Loki. Loki is currently the most-watched Disney+ Original series ever.