Amazon has already renewed the hit action-packed animated series for two more seasons, with Season 2 currently in the final phase of production 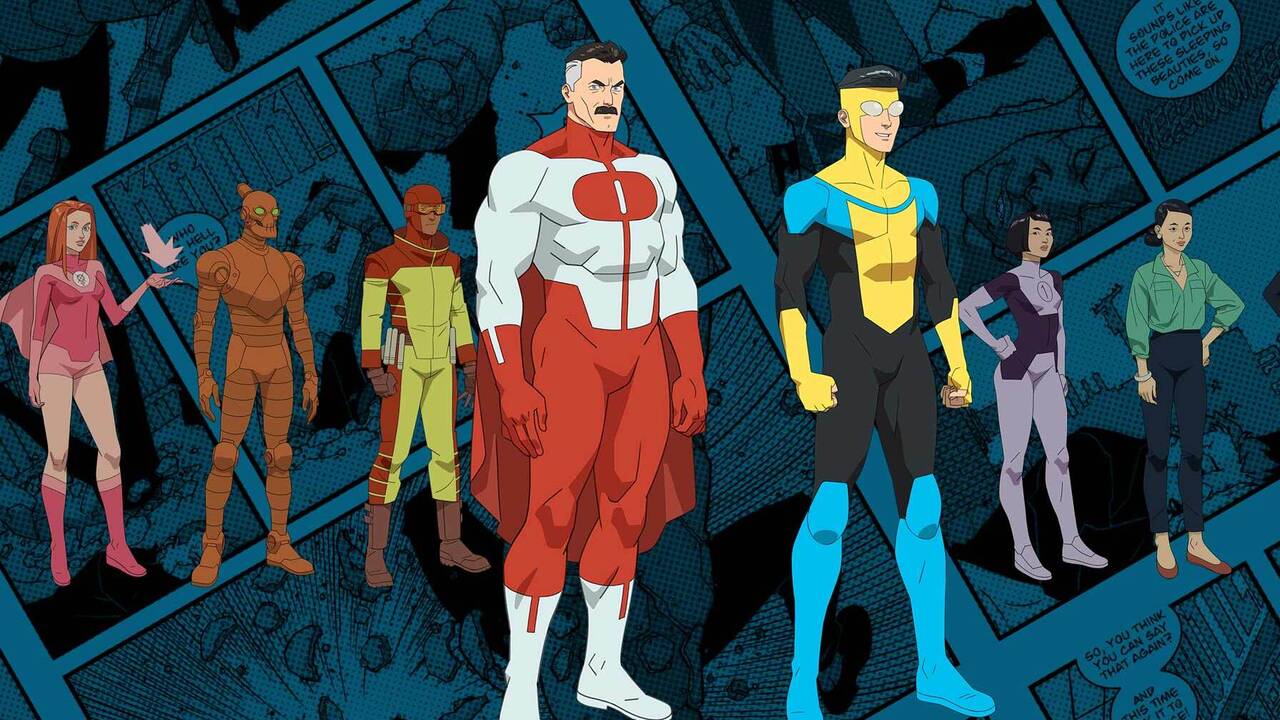 Along with the voice recording by the actors, the production is also reportedly in the final phase for Season 2 of the animated show. The show was renewed for Season 2 and three rights after the release of the first season. The second and third seasons are being produced back-to-back, so as soon as the second season finishes production, the third season will commence.

Seeing the production schedule, the second season will be ready in the first quarter of the next year., and we can expect ‘Invincible’ Season 2 to release in or after April 2023.

Much of the main cast of Invincible season 1 will return for the second season. This includes Steven Yeun, Sandra Oh (Nora Grayson), Zazie Beetz (Amber Bennett), Gillian Jacobs (Atom Eve), and Zachary Quinto (Robot) as all of their characters play important roles in the comic's story going forward. Also likely to return are guest actors like Seth Rogen (Allen the Alien), and Mahershala Ali (Titan). All of them become bigger parts of the story as the series goes on. J.K. Simmons might not initially appear as Omni-Man in the next season, as he was last seen flying off into deep space, but that doesn't mean he won't be part of it as it has been confirmed that he will return. In Season 2 Mark is likely to be tasked with protecting Earth from the Viltrumites and assisting the Coalition of Planets in halting their universe-wide expansion. Because of Allen the Alien's warning, Mark already knows that a Viltrumite fleet is on its way. The latter has a significant role to play in the comics going forward, so if they're any indication, Mark and Allen's friendship will only grow stronger from here on out.

In the comics, Nolan takes off to invade another planet, hoping that the Viltrum Empire will compensate him for deserting his post on Earth. There's a lot more for the TV show to cover in terms of Mark and Nolan's relationship, which is also extensively covered in the comics. If we get too deep into this father-son relationship, we'll be here forever, so for now, we'll just say we hope to see more of J.K. Simmons' Nolan next season.

The first season finale also hinted at other potential story beats for the second season. The Sequids storyline, which didn't get a proper ending in season 1, should be continued. We know that a Martian infiltrated Earth after swapping places with one of the human astronauts. In addition, the astronaut who was left behind on Mars is now under the control of the Sequids, which could spell disaster for Earth if this parasitic race sets its sights on the blue planet.

Titan and Battle Beast's stories may also be fleshed out further. When we last saw them, they had taken over Machine Head's criminal organization and teleported away from Earth. Their stories continue in the comics, and Kirkman has hinted that fan favorite Battle Beast will be given more screen time in Amazon's adaptation. Despite Omni-rampage Man's across their home planet in episode 2, the Flaxans appear to be returning as well. In addition to the Viltrumite invasion, several of Invincible's other enemies are set to return. Titan makes new allies in the final moments of season one, pink aliens take over Mars, and that white tiger guy is still around.