Trending Now: Adam Sandler to Star in & Produce Netflix Movie ‘You Are So Not Invited to My Bat Mitzvah’ ‘Last the Night’ (Pacerville) Movie Review - A Spectrum of Identity Crisis!‘Mom, Don’t Do That!’ Trailer and Release Date on NetflixSupernatural Prequel Series ‘The Winchesters’ Filming Schedule RevealedNamor and Attuma First Look in ‘Black Panther: Wakanda Forever’ RevealedSci-Fi Series ‘For All Mankind’ Renewed for Season 4 at Apple TV+
Home TV Shows News ‘The Boys’ Season 4 Will Begin Filming This Summer [Exclusive]

‘The Boys’ Season 4 Will Begin Filming This Summer [Exclusive]

‘The Boys’ was renewed for a fourth season after the worldwide audience for the hit series grew by +17% from Season 2, and +234% from Season 1, just three days after Season 3 arrival 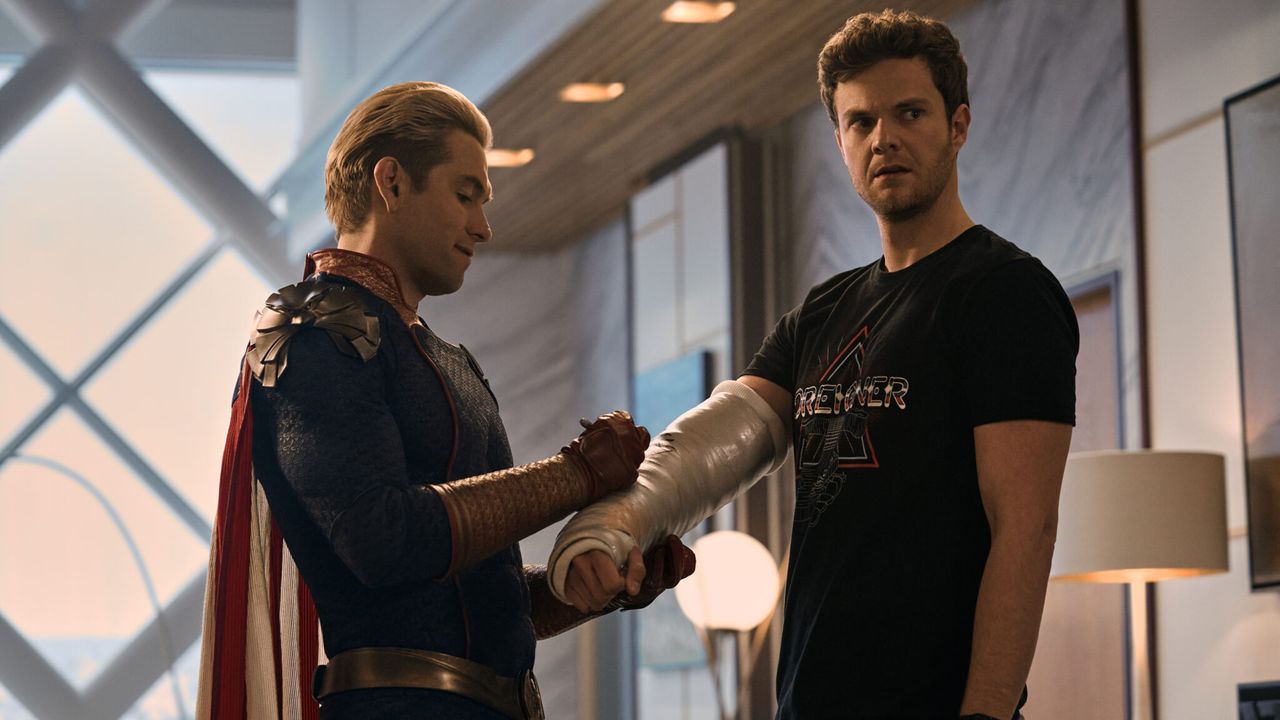 Without any doubt, The Boys is currently the best show on Prime Video, and that's why Amazon and Sony didn't have any second thoughts before officially renewing it for the fourth season, just a week after the Season 3 premiere.

The show was already in pre-production on Season 4 weeks before the third season's arrival. Now, we can also confirm the complete production schedule for the fourth season, which begins filming this Summer in Toronto.

‘The Boys’ Season 4 will begin filming on August 22, 2022, and it is currently scheduled to wrap on March 28, 2023. The whole season 4 will take more than six months to film, which is almost similar to Season 3. The production will also take place at the same location in Toronto, ON, Canada. For more production/filming-related information, please visit PRODUCTION INSIGHTS.

Earlier, while announcing the official Season 4 renewal, The Boys showrunner Eric Kripke said, “Speaking for the cast and crew, we’re so grateful to Sony, Amazon, and most of all the fans for embracing the show and allowing us to make more. We’re thrilled to continue Butcher and the Boys’ fight against Homelander and the Seven, as well as comment on the insane world we’re living in. Also, this is the first time in history that exploding genitalia has led to further success.”

The Boys Spinoff series Varsity set at America’s only college exclusively for young-adult superheroes, is also currently in production in Toronto. Varsity began filming on May 02 and is currently scheduled to finish on September 01, 2022. Several actors from The Boys are rumored for cameos in the spinoff series.

In Season 3, it's been a peaceful year since Homelander has been silenced. Butcher works for the government and is overseen by none other than Hughie. But both men yearn to convert this calm into blood and bone. So when The Boys discover a secret Anti-Supe weapon, they collide with the Seven, sparking a conflict and chasing the tale of the first Superhero: Soldier Boy. ‘The Boys’ Season 3 finale will premiere on July 8 on Prime Video. Read our The Boys Season 3 Review.